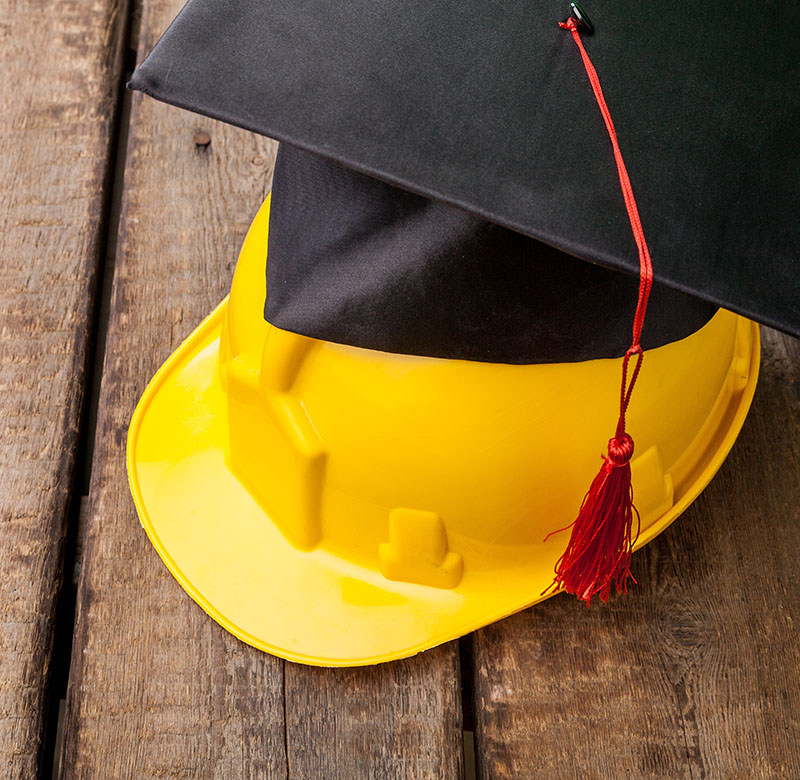 There is a tech craze going around and everyone is trying cash in on this gold rush.  There are also stories of new graduates needing more time to find a career job due to the competitive nature of the workforce.  In the middle of it all, there are high paying jobs in the skilled trades that companies are not able to hire for due to a lack of available talent.  It might be time for individuals that are deciding on a career path to start thinking outside the cubicle.

One of the key drivers behind individuals choosing a career path in the tech sector is the high earning potential, which can surpass six figures.  However, the earning potential with skilled trades is just as high and it is not uncommon for trade workers to approach and surpass six figures during their career.  The worldwide employment website Indeed regularly posts the average hourly pay rates for various careers based on employer job ads.  The average hourly pay rate for skilled trade jobs was $40 per hour, which comes out to a yearly salary of around $80,000.

The Red Seal Endorsement Is a National Standard

The Red Seal endorsement is a certification that provincially certified tradespeople can receive that signifies that their knowledge, skills, and abilities all meet the national industry standard.  The Red Seal is recognized across all provinces and gives individuals the opportunity to work across Canada without the need of further testing.  It also creates the possibility of working internationally and sticking out in less regulated hot zones, including the USA and the Persian Gulf.  Canada is one of the few countries that has taken the lead by introducing the Red Seal endorsement and students that graduate from trade school will be able to leverage the certification as a passport that allows for work without borders.

Trends In the Workforce

The Colleges of Ontario have forecast that nearly half of the Canadian workforce will be retirement eligible, and there will be over 200,000 jobs that will need to be filled over the next decade.  The competitive nature of the current job market is leading individuals to pursue multiple degrees, which can take away up to four years of lifetime earning potential.  The students that enroll in trade school also have access to high-paying apprenticeships that lead to permanent employment.  In addition to working for an employer, there is nothing stopping someone from picking up extra jobs on the side to earn some side income.  There was a time when working in the trades was looked down on and considered to be taboo, but that time has come and gone.  The skilled trades are the career path to take if you want to ‘secure the bag’.