Winning isn’t everything.  Really!  Following the summer games of London 2012, former Voice editor Christina M. Frey explains why losing is sometimes better than winning—in life as well as the Olympics.  “Would you believe me if I said that third-place winners are happier than those who come in second?”  Editorial–Win, Lose, or Blah, August 10, 2012.

The medal machine.  At the conclusion of Athens 2004, Debbie Jabbour muses on the appeal of the Olympics, and rails against the growing elitism of the games.  “The Olympics combine sports and nationalism into a ceremonial performance that is almost religious in nature…”  From My Perspective–The Olympics, August 25, 2004. 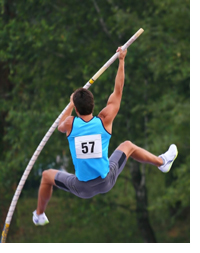