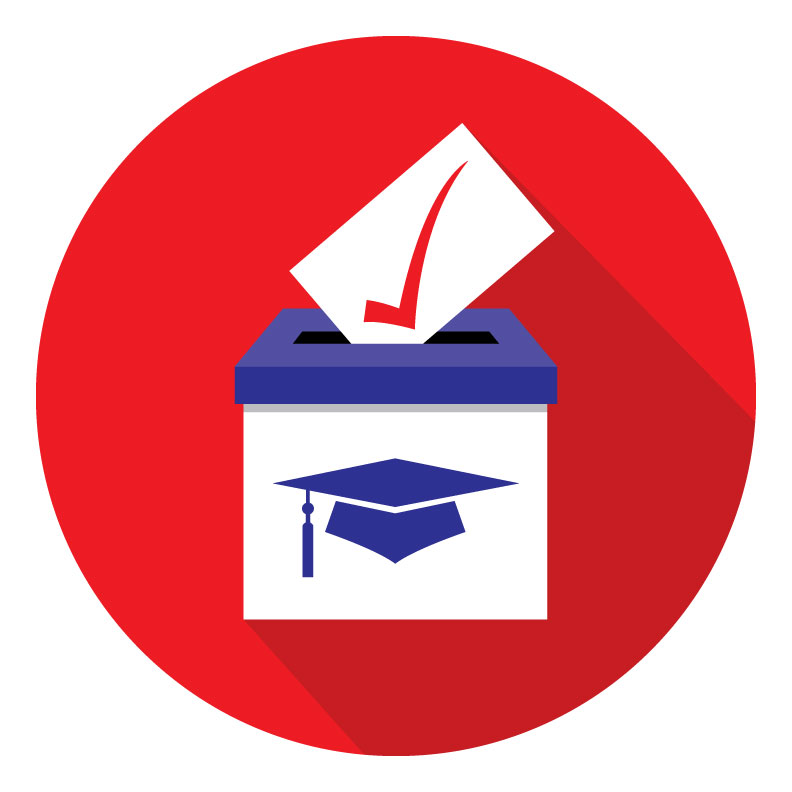 With the federal election nearly upon us, students are looking for some indications of just which party should win their vote.

To help you with that decision, I’ve taken the time on behalf of The Voice Magazine to carefully go through several of the parties’ election platforms to find what they are promising for post-secondary education should they be elected.

I’ve included no analysis or judgement of these promises—whether I find them good or bad, feasible or not, or what have you—however, I encourage any students with opinions about any of these to write me, as I would love to be able to publish a round-up of what AU students think about these promises.

For those wondering, I included the Maverick Party as it is based here in Alberta, where the bulk of AU students are.  All the other parties included have had at least one of their members elected to Parliament. The Bloc Quebecois party has not been included simply because they don’t provide an easily accessible English version of their platform.

Invest $250 million over two years to create the Canada Job Training Fund.  The Fund will provide grants to organizations including employers, apprenticeship training delivery agents, unions, post-secondary institutions, and community organizations for projects that give laid-off workers immediate access to training, reach out to traditionally underrepresented groups, support the talent needs of small businesses, and otherwise help workers get the training they need – focussing on areas where there are shortages of skilled workers.

Create a new $30 million per year budgetary envelope to provide federal funding to minority francophone post-secondary institutions such as Université de Moncton, the University of Alberta’s Campus Saint-Jean, and the Ontario French University and participate significantly in their future financing, in collaboration with the provinces.

We will work with the provinces and territories to ensure that public post-secondary institutions accommodate the range of perspectives that make up Canada through a commitment to free speech and academic freedom.

Reintroduce a retroactive Canada Emergency Student Benefit (CESB) and ensure all those eligible for the CESB receive $2,000 per month – the same amount as the Canada Recovery Benefit for the period beginning May 1, and until the pandemic is over.

Ensure that international and recently graduated students are eligible to receive this benefit.

Remove the two per cent cap on increases in education funding for Indigenous students.

Ensure all Indigenous youth have access to post-secondary education as well as fully funding the program backlog.

Improve funding in federal-provincial transfers to universities and colleges

Provide more funding to universities and colleges with a measurable focus on student-professor contact, mentorship, policies of inclusion and tenure track hires.

Reinvest in the system. Greens will allocate $10 billion to post-secondary and trade school supports.

Position Canada as a destination of choice for international talent and support post-secondary institutions to welcome international students safely.

Ensure permanent, stable funding for post-secondary educational institutions in minority language communities across Canada, to provide urgently needed support to institutions such as Campus Saint-Jean at the University of Alberta, the Université de l’Ontario français and other institutions across the country.

Increase the repayment assistance threshold to $50,000 for Canada Student Loan borrowers who are single.  This means that new grads won’t have to begin repaying their loans until they earn at least $50,000 annually.

Introduce a new fund for student well-being to improve wait times and increase access to mental health care at colleges and universities. The fund will support the hiring of up to 1,200 new mental health care counsellors, including those who can support the needs of BIPOC students, at post-secondary institutions across Canada. We will invest $500 million over four years and dedicate 10% annually to support Indigenous-governed and operated postsecondary institutions.

Protect public post-secondary educational institutions, such as Laurentian University, from being subject to corporate restructuring.

Permanently increase funding for post-secondary institutions in official language minority communities to $80 million per year. This new commitment of $240 million over 4 years could be used to strengthen the Université de l’Ontario français, Campus Saint-Jean at the University of Alberta, and post-secondary institutions in Northern Ontario and New Brunswick.

Provide funding of $30 million over 5 years to help promising graduate students, support the mentorship and development of younger researchers, and increase opportunities for Black Canadians in Canadian post-secondary institutions.

Partner with post-secondary institutions and Indigenous organizations to accelerate the creation and growth of Indigenous clean technology businesses.

Expand the number of family doctors and primary health teams in rural communities, by increasing by 50% (from $40,000 up to $60,000 over 5 years), the maximum debt relief that family doctors, residents in family medicine, nurse practitioners, or nurses are eligible for the under Canada Student Loans forgiveness program.

Expand the list of professionals eligible for forgiveness to include dentists, pharmacists, dental hygienists, midwives, social workers, psychologists, teachers, and early childhood educators so that rural communities have greater access to the full suite of health and social service providers they need.

Let new parents pause repayment of their federal student loans until their youngest child reaches the age of five. This would also include new parents who have graduated but still haven’t finished paying off their loans.

No promises related to post-secondary, universities, or students.

The New Democratic Party of Canada

New Democrats will remove interest from federal student loans, and will introduce a targeted debt forgiveness program for graduates that will forgive up to $20,000 in student debt.

We will work with the provinces to establish Indigenous history education programs for all Canadians, based on the Truth and Reconciliation Commission’s Calls to Action 62 and 63 – and ensure that the development and implementation of these programs are led by Indigenous peoples.

The People’s Party of Canada

Withhold federal funding from any post-secondary institution shown to be violating the freedom of expression of its students or faculty.