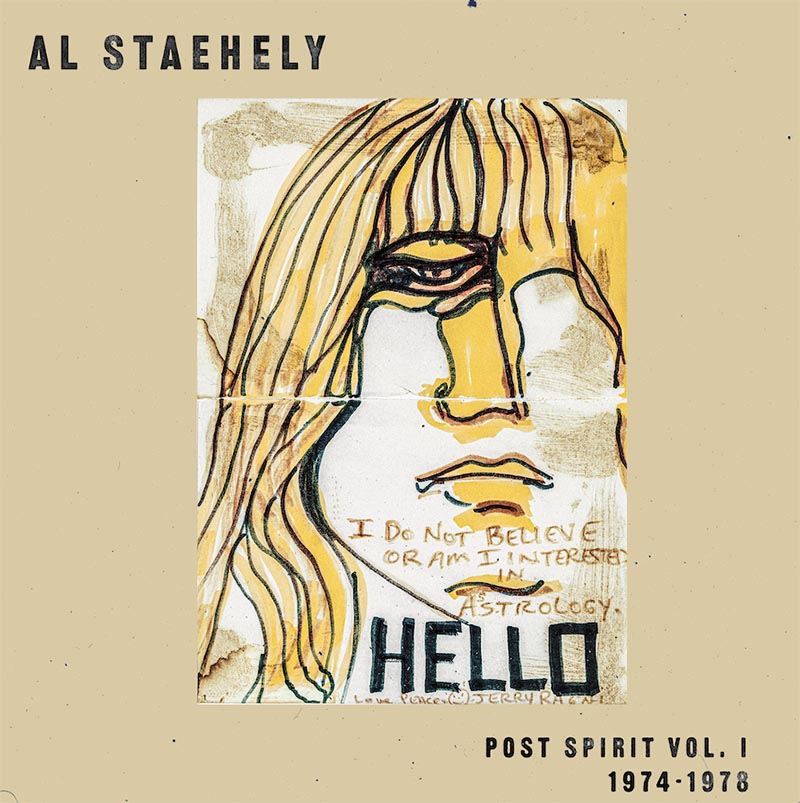 Texas musician, Al Staehely, is releasing his new album Post Spirit 1974-1978 Vol. 1 on October 7th, 2021.  While Staehely has played in many bands over the course of his career, this album is based on solo-recordings from his days in Los Angeles in the 1970’s.  Post Spirit 1974-1978 Vol. 1 is an audio time capsule that captures the essence of 70’s Southern California rock.

“The ’70s L.A. music scene was a special time.  Today, in 2021, many try to recreate the ’70s analog experience in their song writing and recordings.  I was lucky to have been writing and making music during that time”, says Staehely.  “These never before released Post Spirit 1974-1978 recordings from my ‘Vault’ are the real thing- written and recorded in L.A. during that era in some of the best studios, with some of the best musicians working at that time.  Enjoy!”

Post Spirit 1974-1978 Vol. 1 has thirteen tracks: “Wide Eyed And Innocent”; “Feel The Heat”; “Chipping Away”; “Live Like A River”; “Stand In Love”; “Safecracker”; “Too Long Alone”; “Without Love”; “Coasting”; “Put Your Life In My Hands”; “Tenderhooks”; “Lady Was A Racehorse”; and “All Is Forgiven”.  The focus track of the album is “Wide Eyed And Innocent” which has already been released as a single with a  music video.

First of all—I have to say that Al Staehely is a very cool guy.  He went from musician trying to make it big in L.A. to an entertainment attorney in Texas.  Now, at 75-years-old, he’s reigniting his dream of being a rock star.  According to a Houston Chronicle profile on Staehely, he says: “There’s so much unreleased stuff, I just wanted to get it out with no great expectations for it.  There’s a lot of music from those years when I started to bear down on the law thing so I could make a living.  Back then, I was just starting a family.  Now I have two small granddaughters.  If I get some of this music out there, I figure one day, when they’re grown up, they can see what their grandpa was doing”.

The music of Post Spirit 1974-1978 Vol.  1 is exactly what you would expect from a 1970’s cowboy—a combination of groovy, psychedelic soft rock; country twang; and smooth jazz.  Several of the songs incorporate saxophones, but all of the songs create a sense of relaxation and nostalgia.  This album would be perfect for background study music or mixing it up on a road trip.  I think right now is the perfect time to release a throwback album—when yearning for a time you’ve never lived in seems to be all the rage.  The music video for “Wide Eyed And Innocent” plays on this feeling, showcasing a series of clips of Staehely performing as a young man and 1970’s L.A. with present day footage of Staehely on an L.A. beach.

Overall, I really like Post Spirit 1974-1978 Vol. 1.  The music is a flowy, dreamy celebration of days gone by, while Al Staehely’s incredible story is one that is going to live on forever.