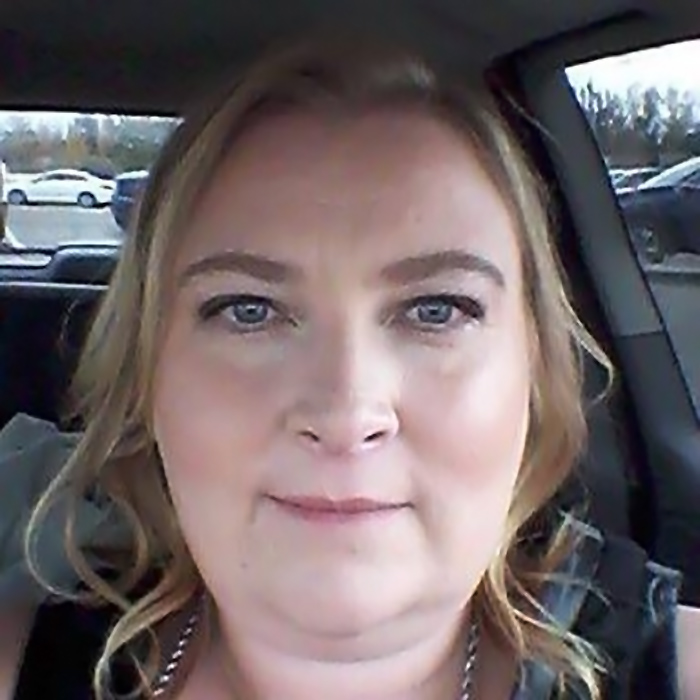 Who are your fellow students?  At times, in an online learning environment, it can feel like you are all alone, but across the nation and around the globe students just like you are also pursuing their Athabasca University (AU) studies.  Each week, The Voice Magazine will be bringing you some of these stories.  If you would like to be featured next, do not hesitate to get in touch!

The Voice Magazine recently had a chance to chat with Michelle Jeanveau (she/her), currently residing in Lethbridge, Alberta, the traditional Treaty 7 territory of the Blackfoot Confederacy (the Siksika, Piikani, and Kainai First Nations), the Tsuut’ina First Nation, the Îyâxe Nakoda First Nation (the Chiniki, Bearspaw, and Wesley First Nations), as well as the Métis Nation of Alberta (Region 3).

Michelle is currently enrolled in the Bachelor of Professional Arts in Human Services here at AU.  She plans “to use this degree as a stepping stone to a Master’s in Early Childhood Education.”  She explained that since she “would like to teach and write books for the providers and children,” she felt that she needed “more than a college diploma for credentials.”  Thanks to AU’s online framework, she appreciates the fact that she “can work and finish [her] degree and [doesn’t] need to worry about missing time out of the field.”

Although Michelle is considered a mature student, she does “not feel that old.”  She related that she has “been in the early childhood education field for twenty-six years.”  During that time, she has gone to Germany to work as a camp counsellor and worked in a preschool childcare centre.  She has also “run and operated a day home for twenty-one years, worked in daycares and started centres.”  She explained that she “started the day home because of [her] first child and came back because of [her] second child.”

Michelle stated that her “husband is super supportive” of her return to school and is her “greatest cheerleader.”  In addition, her “daughter is older [and] taking a Bachelor’s Degree in Film,” while her “son is in Grade 7, finding his way.”

She mentioned that although the family lives in Lethbridge and absolutely loves it, she grew up in Airdrie.  She keeps busy by being “actively involved in planning, training for day homes” and volunteering “time for students to come in for practicums and other work for colleges around Alberta.”

When she is not busy studying, Michelle manages to find time for her many hobbies.  She loves “to crochet, wood work, and make toys for children with recycled materials.” She explained, “Some of the best toys are the home-made ones.  My family and I love camping in the summer, snow shoeing in the winter, and on weekends when we are not out, we love family movie nights.”

Apart from studying and working on her hobbies, Michelle also finds time to relax.  She is currently “binge reading Discovery of Witches by Deborah Harkness.”  Although she admitted that she is “not a big tv show watcher,” she enjoys Grey’s Anatomy.  She also loves watching movies; her family is currently “binge-watching the Harry Potter movies in order.”

Michelle told The Voice that she is in the third year of her program, and has “had nothing but positive experiences with the school.”  She explained, “I have been using student loans; the advisors could not be more outstanding.  All the instructors I feel are there for me whenever I need them.  I have not had a negative with the school, although, personally, finishing a course on time, going through loans, having a family, working full time, and personal time can put extra pressure on oneself can become a bit overwhelming.”

Despite these positive experiences, Michelle admitted that a few years ago, she “took a break from the classes.”  She explained, “I started out taking one course every four months to pay for them out of pocket; when a significant financial and rough time hit, I stopped classes.  I then was trying to go forward in my career; the only way to move forward was school.  So I started over, reregistered, talked to an advisor and began the journey once again.  I now realize that I should have talked to the advisor before, and when things got rough, getting back was tough.  However, I realize now the school is available for the support it is a lovely community to be part of.”

As for her most memorable course?  Although Michelle wanted “to say all of them,” she stated that “in truth, they are all about the same for me.”  However, she is currently taking CMNS 419: Digital Storytelling and “having a blast; it aligns very well with [her] career.”

When asked about her course tutors, Michelle admitted that she “had one bad experience with getting ahold of a tutor.”  However, since the issue was quickly resolved, it did not bother her; “it was a matter of talking to the school, which was easy to do.”  She continued, “Other than this once, it is incredible how easy it is to communicate with the tutors; you can phone, email.”

Although she does not idolize famous people, Michelle believes that “they are great at their craft and memorable.”  However, if she were to have lunch with one celebrity, past, present, or future, Michelle chose “Michael Bond, author of Paddington Bear,” because she feel that “he would have some fascinating stories of why he wrote, and some memories.”  And the lunch?  “This would have to be a gourmet sandwich with tea and a cake for dessert.”

When asked who has made the greatest impact on her desire to learn, Michelle revealed that some of her “most incredible supporters and influences are those in the early childhood field,” including the late Magna Gerber and Dan Hodgins.  She also mentioned more recent inspirations, such as Lisa Murphy, Midinna from Australia, and the “extraordinary ladies at the Lethbridge College.”  As for the “most significant” influence in her life, Michelle credited her grandmother “who came to Canada and worked hard.”  Grandma is currently eighty-eight, and Michelle is “finishing [her] schooling to make her proud.”  She stated, “One day, I want to be as unique as she is.”

Michelle does not think that she has yet “learned all the lessons” that life has to offer.  She explained, “One day I will be an adult; I have been learning to do what you love, don’t worry about what others think, it is only you that needs to be impressed.  Once that is established, you will soar.”

As for her proudest moment in life?  Although Michelle does not “have one [single] proudest moment,” she admitted that some of her most memorable proudest moments including “those times that [she has] worked hard and done it for [herself.]”  Some examples of this included receiving “the Duke of Edinburgh Award and meeting the Queen.”  She also mentioned being extremely proud of graduating from college, returning to complete her Bachelor’s Degree, as well as her children and family.

The one thing that distinguishes Michelle from most other people is her love of her career.  She explained, “I am dedicated to children and helping them grow into functioning, happy adults.  I never feel that I am working; I play all day and love it.”  She also brought up a fun fact; “No one would know or expect; I fear real mice.  I can’t be in a pet store near them; however, I collect figurine mice.  I have 1300 of them, no two alike.”

As a final note, Michelle mentioned that “having a full-time career, a family that is also full-time, being a full-time student can be a lot.”  She continued, “However, remembering to take time for yourself and set goals can be powerful, and I have found it my way to cope.  In addition, taking advantage of the school resources and advisors has helped me accomplish my goal of completing my Bachelor’s in the next year.”  Best of luck Michelle! 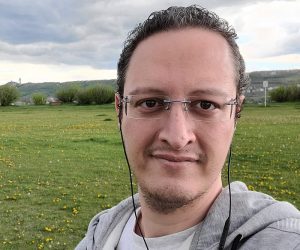