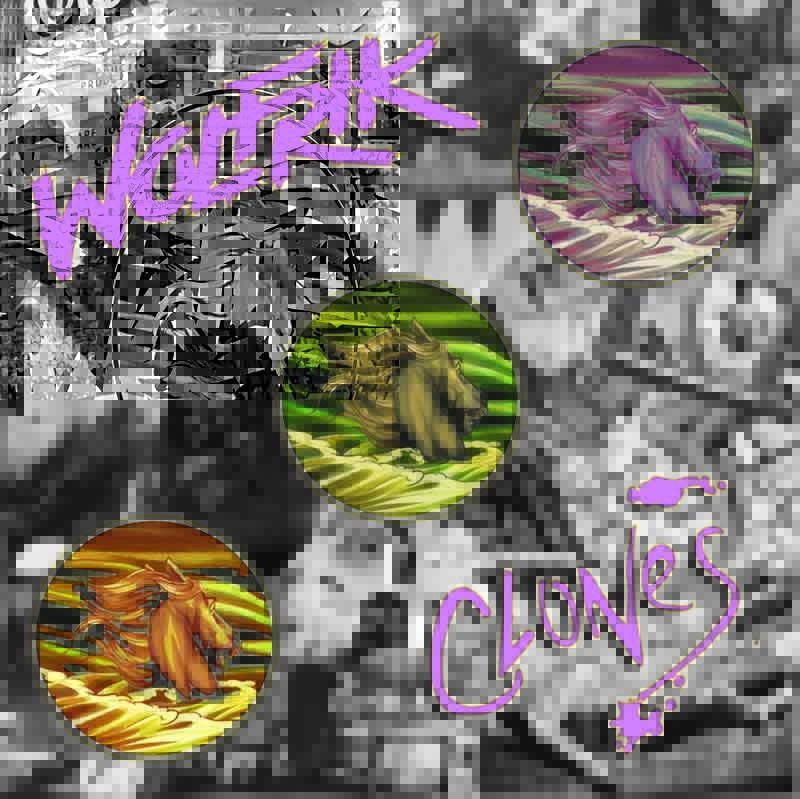 With the help of Steve Rawles (Belvedere), Wolfrik had a breakout year in 2019—touring Europe for three weeks, playing festivals such as Manchester Punk Fest and SBAM in Austria, as well as supporting a cross country Canadian tour with No Fun At All. The band consists of five members; Nathaniel Court on guitar/vocals, Mark Seifeddine on guitar/vocals, Dylan Toews on lead vocals, Luca Properzi bass guitar, and Nathan Troock on drums.

Clones is scheduled for release February 22nd, 2022, and the band has several upcoming shows in Edmonton, Calgary, Red Deer, High River, and Banff between November 17th, 2021, and November 21st, 2021. Check out Wolfrik on Facebook for more details.

Clones consists of ten tracks: Mortal Towns, Bashem, The Black Mare, Forty Fives, Fend & Turn, All Tongues, Slime Beneath Us, Red Wing, KP, and Clones. “Bashem” can be found anywhere you get your music, and a music video has also been released on Youtube.

The single’s sound is what you would expect from a heavy metal band—loud, fast, and lots of screaming. Immediately I was reminded of Metallica, particularly the song “Fuel”.

The song seems to be literally about bugs and playing on themes of disgust. If there is a deeper meaning, I can’t figure it out. Some of the lyrics read: “Bash ‘em, swing and a miss […] all those tiny starving mouths, we both know that you can’t run […] eyeing up your decomposition and bandages, eat your heart out”. I can’t take gore or anything gross, so I’m not a fan of when heavy metal bands equate the disgust-factor with being hardcore. If that’s your thing, though, you’ll enjoy this song.

I thought watching the music video might give me more clarity of any underlying meanings, but all I found was more bugs. The video begins with a woman with dark, smeared makeup waking up to a beeping alarm clock, surrounded by empty beer cans and liquor bottles. While trying to turn her alarm clock off, she accidently squishes a large paper-mache bug, that oozes purple slime all over her hand. She proceeds to try and get ready for her day, taking a shower, making breakfast, and finding her car keys, growing increasingly horrified at the plethora of large bugs and purple slime all over her house. Eventually she crashes her car due to the bugs splattering on the windshield, where she finds the band in the middle of the forest theatrically killing more large bugs with various weapons. Of course, quick cuts of the band playing in their blood-and-guts-stained shirts are thrown into the mix.

For what it is, I thought the music video was cute. Wolfrik obviously doesn’t take themselves too seriously, and the video was very creative to say the least. I appreciated the bugs being cartoon-like and not disgusting. My only complaint is that the quick cuts were incredibly quick, to the point where watching the video was starting to give me a headache. I wish they would have used slightly longer clips so the viewers could really appreciate all the hard work they put into making those paper-mache bugs.

Overall, “Bashem” is pretty good. I’m excited to hear the rest of Clones and see what else Wolfrik gets up to in their music videos. 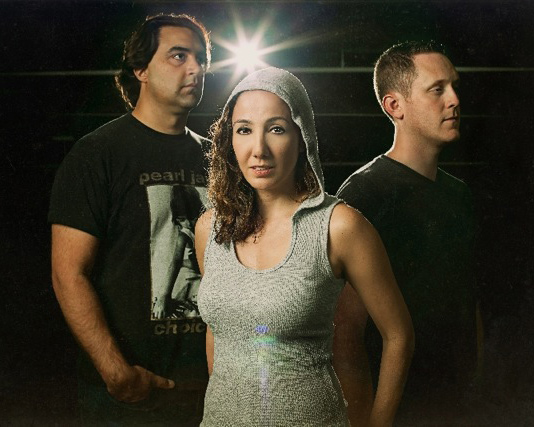