For one bookworm to another, this column will be underscoring and outlining various literary genres, authors, and recent reads and can serve as an introduction for those unfamiliar with these works, as a refresher for long-time aficionados, and maybe as an inspiration for readers to share their own suggested topics.  Do you have a topic that you would like covered in this column?  Feel free to contact me for an interview and a feature in an upcoming column.

This week’s column is a bit different, as it serves as the second part to the previous discussion of Postcolonial Theory and Criticism.  With this bit of background in mind, students interested in an introduction to Postcolonial Literature may pursue the writings of Chinua Achebe, Ngũgĩ wa Thiong’o, and Salman Rushdie.

Postcolonial Literature is an umbrella terms for author’s from and the study of “a very wide range of writings from countries that were once colonies or dependencies of the European powers.”

Some classics in this genre include Things Fall Apart by Chinua Achebe, Devil on the Cross by Ngũgĩ wa Thiong’o, and Salman Rushdie’s Midnight’s Children.

As evident from the genre’s title, these works span a wide geographical area throughout the globe.  In an effort to provide a brief introduction to the topic, this particular column focuses on literature from Achebe’s Nigerian lens, wa Thiong’o Kenyan perspective, and Rushdie’s analysis of India. 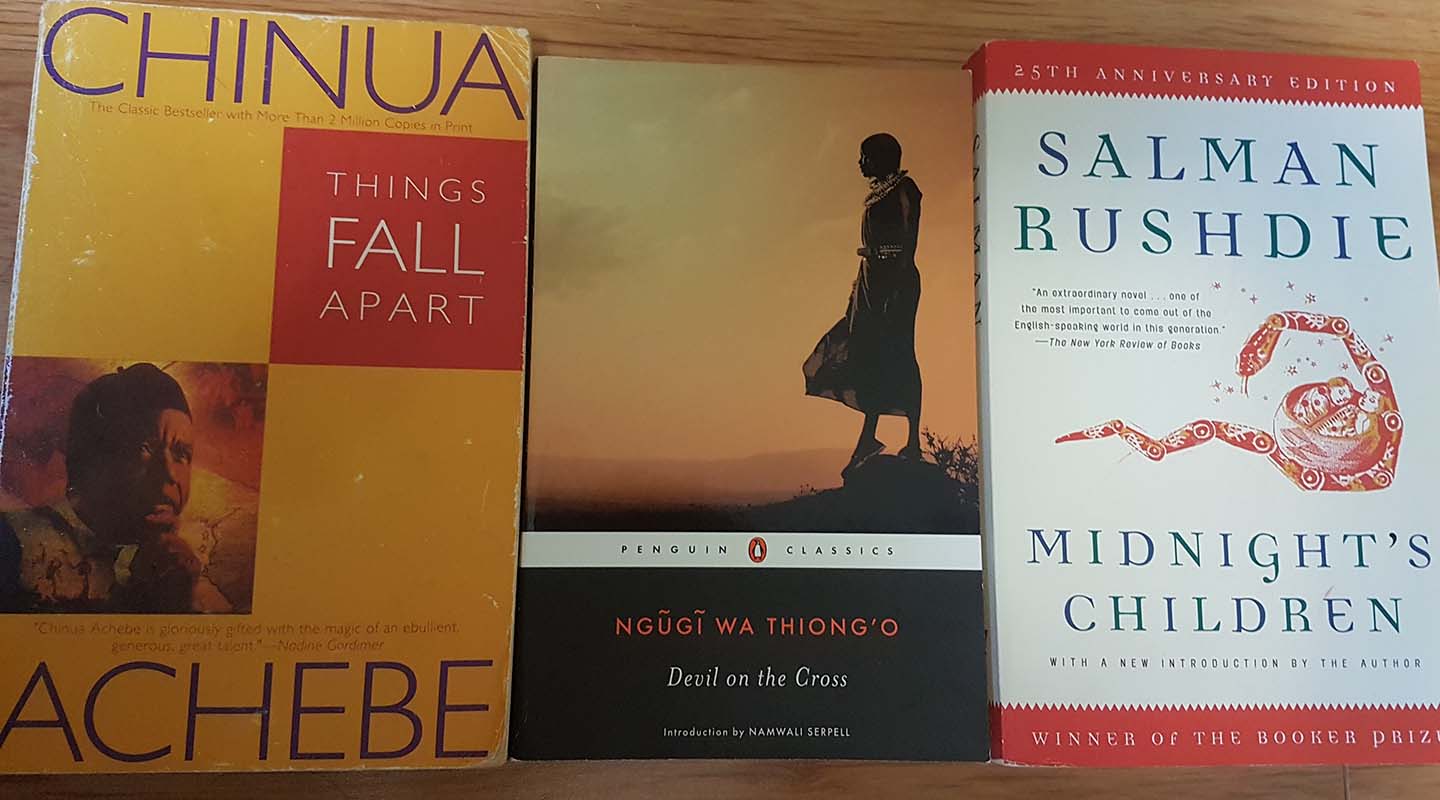 These novels mainly take place during the late-19th and 20th centuries.

For readers interested in understanding the former colonial system, its continued effects, as well as a more in-depth look at the experiences, cultures, and languages of peoples in Nigeria, Kenya, and India, these classic novels, as well as Postcolonial Literature in general, are a great start.

AU’s wide range of diverse courses make it easy to study this topic in depth.  Courses related to Post-Colonial Literature are available in a variety of disciplines, including one’s that may fit into Degree Works.  (Always check with a counsellor to see if these particular courses fulfill your personal graduation requirements!)

AU students interested in learning more about this topic are recommended to look into ENGL 433: Post-Colonial Literatures, a senior-level six-credit course that “compares the literatures in English of countries which have been colonised under the British Empire and which have subsequently achieved political and cultural autonomy: Canada, Australia, New Zealand, India, the West Indies, Nigeria, Kenya, and South Africa.”  (Note: This course is currently under revision.)  In addition, students can also choose to enroll in ENGL 341: World Literature, a senior-level six-credit course, which “introduces students to literature from around the world.”  Happy reading!