Columns
The Voice
Fly on the Wall—Space and Sounds

Space can be on a page, between our thoughts, when no one’s around, or in between planets.  Ideas connect our minds between moments just as words connect our selves with others.  Space makes things what they are.  In outer space there’s the planet Mars, that blank canvas of potential and mystery for human history long before human technology arrived.

NASA has managed to record the sounds of that distant red landscape and, like a howling metamorphic wind that can ravage our smooth stream of thought, the results are predictable.  Mars sounds about how we might expect: ethereal, vaguely creepy, and marred (or augmented, depending on your point of view) by the sound of the machine Perseverance being there to record things.  Like hearing our blood pressure in our eardrums we’re always there with the medium that is the message being transmitted to us by education and that we desperately try to receive as wisdom.

We can never get ourselves out of our learning and just plug in or download raw material.  And why would we want to?  Presciently, in our times of louder social media noise and plague-like population growth with attendant traffic and general cultural clutter, it’s worth asking what the sound of silence would even sound like?  In the end silence is an idea and, like all ideas, we must define and comprehend it’s meaning and purpose for ourselves.  To make silence our own is to make ourselves a part of its myth and meaning.

Studying Ourselves Silently, And Expressively!

Silence as a space between sounds is only part of the picture (no pun intended).  Just as successful studying depends on a certain meditative mis en place free of the clatter and hum of distractions, so too do we train our minds to be ready to receive education when the conditions are rightly silent.  Yet, no matter how attendant our minds are on our learning at hand, we always have other, perhaps even unconscious, ideas and fragments floating around our minds like so much flotsam and jetsam.  The key is to focus on our topics in succession so that we can recapitulate them in our assignments while adding our own unique ingredient, our interpretation.  In any context our brains fill in blanks with at times shockingly-clairvoyant precision.

Take sound, for instance.  When we can’t literally hear anything our magical minds fill in the blanks.   A Guardian article notes that even when our surroundings are truly quiet we inhabit something like a vacuum in outer space; a place waiting to be placed by context and understanding.  It turned out that “watching the silent movies made the auditory cortex spring into action.  So visual stimuli triggered activity in the parts of the brain that process sounds.  The next interesting result was that the more people said they could “hear” the sound in their mind, the more obvious was the activity in the auditory cortex” (Sample, online).  Faced with silent film footage, research participants could hear what was suggested by images in much the same way that ideology rushes into our interpretations of even the simplest facts on the ground reported by the TV news or evidence-based truths laid out in a course textbook.  A typical response involves thinking that we knew something already or, conversely, that something crucial must be missing from the representation on offer by a purported authority.

Everybody understands in ways that, in part, match their preconceptions.  As with beliefs, so with the brain’s more rudimentary senses of our senses.  With a moo sound comes a cow or a woof sound comes a dog, facts that mislead us if we don’t forget that most public policy issues are far more nuanced than attaching a sound to its emitter.

After all, we thinking beings are complex to ourselves even if we may at times seem simple-minded to others.  It’s like how we might attribute success to ourselves and failure to our circumstances; double standards seep into truths like water creeps up a pant leg.  One’s real-world peers and/or imaginary internet friends uphold our biases in ways that mimic, or at least parallel, the way the brain directly creates a sense of belonging to the auditory scene by way of producing a sense of hearing even when no sound is present.  Cognition follows perceptive paths that have rutted their way deep into our neural net. 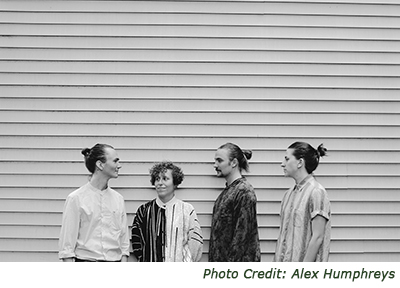