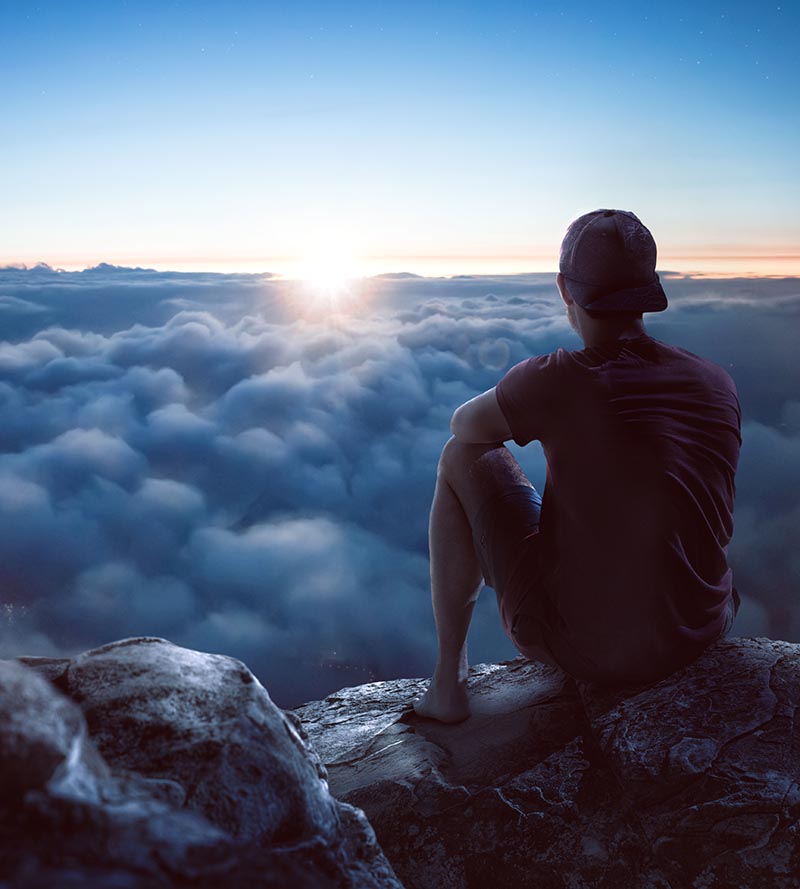 Silence, and especially the meditative space required to really absorb and digest course material, is a core commonality to education the world over.  Every culture has some form of teaching, from indigenous elders to Maoist re-education camps.  We distance students ask our minds to re-create a sense of classroom presence every time we cross the invisible line between normal life and study space.

In 1986 my Father, a university professor at UBC-Vancouver, travelled to Harbin, in northern China (about the latitude of Seattle), on a forestry education tour.  Along the way he and his colleagues landed in a flooded airport.  They were greeted and, after displaying the necessary papers, were treated to a unique snack: a table of edible fern fronds, symbolic surely of ecosystem harmony and the peaceful feeling of being in natural woodlands, was laid out for them within the most industrial of airport environs.

Shortly thereafter my dad and fellow scientists were bundled into a cab and the driver pushed an audio cassette into the tape deck.  The song?  Simon and Garfunkel’s classic, “The Sound of Silence”, that ode to peaceful serenity in the face of overwrought consumerist sentiment.  Paul Simon sang it that time with the same plaintive power as his song always carries, and no one minded the background tape hiss of the much-dubbed cassette copy the cabbie possessed.

With a shared sense of the chaos and noise of civilization’s endless march, a silent bond between translator, cabbie, and scientist was forged as the song played:

“And in the naked light I saw
Ten thousand people, maybe more
People talking without speaking
People hearing without listening
People writing songs that voices never share
No one dared
Disturb the sound of silence”  (Simon and Garfunkel, online).

Words were not enough, the difference between silence brought on by the stupefying roar of inanity and silence induced by authentic passive awareness came clear in that moment.

Any sturm und drang, stress and strain, melted away and the group of Canadian scientists were soon laughing with relief.  Music, like silence, soothes not only the savage beast but also the Otherness implicit when we enter far away cultures.  We can seem planets apart but we all understand tranquility—and its lack.

Silence, unlike compliance no matter what the meme-ocracy deigns to name it, is not only a fount of much academic epiphany, it is also surely the wellspring of us truly coming to terms with our learning that we may dovetail more fulfilled private lives with a greater flourishing in the lives of our minds.

“Everything is going to be alright,” we might say to ourselves in a silent break from a rupture in our trail of thought.  And, if we find ourselves pounded by culture and complaints and life itself, we can always remember that silence is there for us as soon as we remember to define it in our minds and stride calmly and confidently toward our own enlightenment.  We have to define it to find it.

Athabasca can only help sharpen our tools of awareness of what really matters so long as we remember to pause and listen to the space between our thoughts.  Because that is where the magic happens, in those interstitial cracks that allow the light of learning to trickle into our being.

References
Simon & Garfunkel.  (1964).  “The Sound of Silence” from Wednesday Morning, 3 A.M. and Sounds of Silence. Retrieved from https://www.azlyrics.com/lyrics/simongarfunkel/thesoundofsilence.html

From Where I Sit – Re-Entry