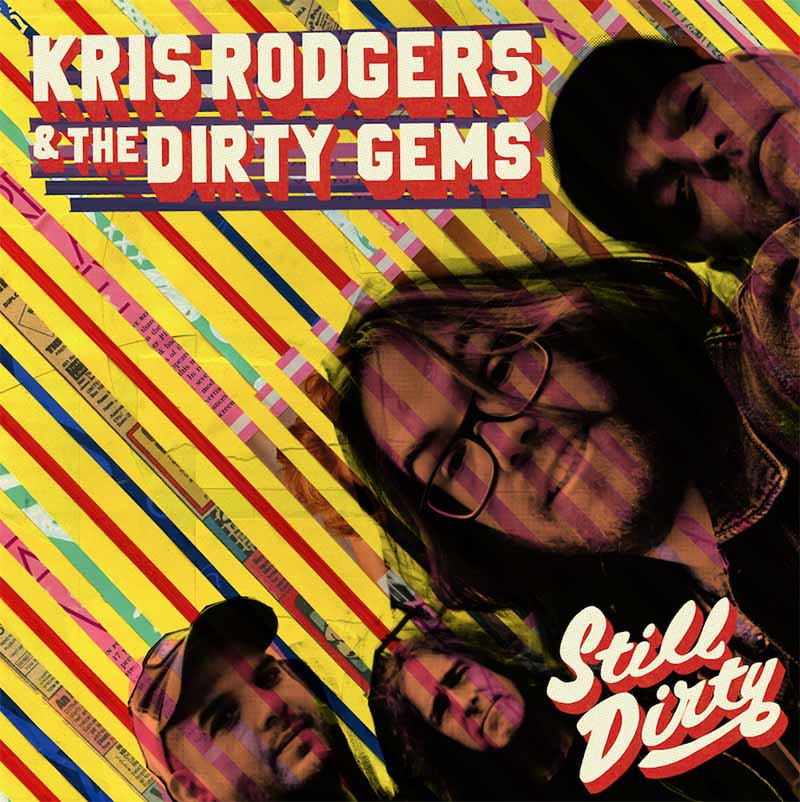 Portland, Maine’s Kris Rodgers & The Dirty Gems have released their new album Still Dirty, available for streaming anywhere you get your music.

Of the album, lead vocalist and frontman Kris Rodgers says, “We took some chances we wouldn’t normally take on this record, and I think it paid off. For me, a big thing was to not shy away from trying something because it’s a little left field. ‘Tortuga,’ ‘She Likes To Party’ and ‘Don’t Look Back’ all sound like they come from different records”.

Several of the songs have accompanying music videos, such as “I’m Your Man”, “Don’t Turn Around”, “She Likes To Party”, and “Take Me To The Pilot”. “Take Me To The Pilot” is a cover of the famous Elton John song. Talking about the cover, Rodgers says, “Ever since I was a kid and heard it for the first time, I always wanted my band to play it. Then we did and it became this staple of our set. It’s so nice because it happened organically. We played it basically live in the studio. I had to recut the piano and vocals because technology. We also played without a click track, which was interesting.”

Still Dirty is a classic rock revival. It has a rock-opera vibe, reminiscent of Meatloaf, or fittingly, Elton John. You can certainly tell which artists inspire and influence Kris Rodgers and The Dirty Gems. The cover of “Take Me To The Pilot” was good, although it sounded more like a direct impersonation than the band putting their own spin on the song. It’s the kind of tune you might be really excited to hear being played live in a bar, but just doesn’t have the same spark when you hear it on the album. If I wanted to hear an exact rendition of “Take Me To The Pilot” I would listen to the original song.

The rest of the album was fun to listen to. It was upbeat, feel-good music, and every song was very different. The female backup singers on the song “Don’t Look Back” gave the track a 60s feel, while “Across The Galaxy” sounds like a mix of folk and country—you can almost picture Rodgers sitting across from you at a campfire, playing his beat-up acoustic guitar and belting out this song. “See You Again” is a lovely piano balled that reminds me of Aerosmith’s “I Don’t Wanna Miss A Thing”.

The only song on the album that I’m not a fan of is “Tortuga”, in which the band tries to go for a Latin feel. In my opinion, it seems forced, and the Spanish accent Rodgers is attempting throughout the song is a little gauche.

Overall, Still Dirty is a fun album. It’s not anything ground-breaking, but I think The Dirty Gems are the kind of band that would be wonderful to see live.

Music Review—Ginger Wildheart and The Sinners