This is the second part of my look at the wide-ranging Journalism genre, and will primarily focus on two major late journalists, namely Ryszard Kapuściński and Anna Politkovskaya, who may serve as an introduction to Journalism in general, a reminder for fans, and an inspiration for further reading.

As defined last week, Journalism is a wide-ranging topic, which can include war correspondents, foreign correspondents, columnists, and reporters.  Some classics in this genre include Kapuściński’s The Emperor, Shah of Shahs, and Imperium, as well as Politkovskaya’s Small Corner of Hell: Dispatches from Chechnya, A Russian Diary, and Putin’s Russia: Life in a Failing Democracy.

More recent works include Cole’s The Skin We’re In: A Year of Black Resistance and Power.  Other well-known books include Robert D.  Kaplan’s Balkan Ghosts: A Journey Through History.

Although from different parts of the world, including the US-Russia and Poland, these two journalists combined have covered a wide range of geographical locations, including the former Soviet Union, the Russian Federation, Chechnya, Ingushetia, Ethiopia, Iran, and beyond. 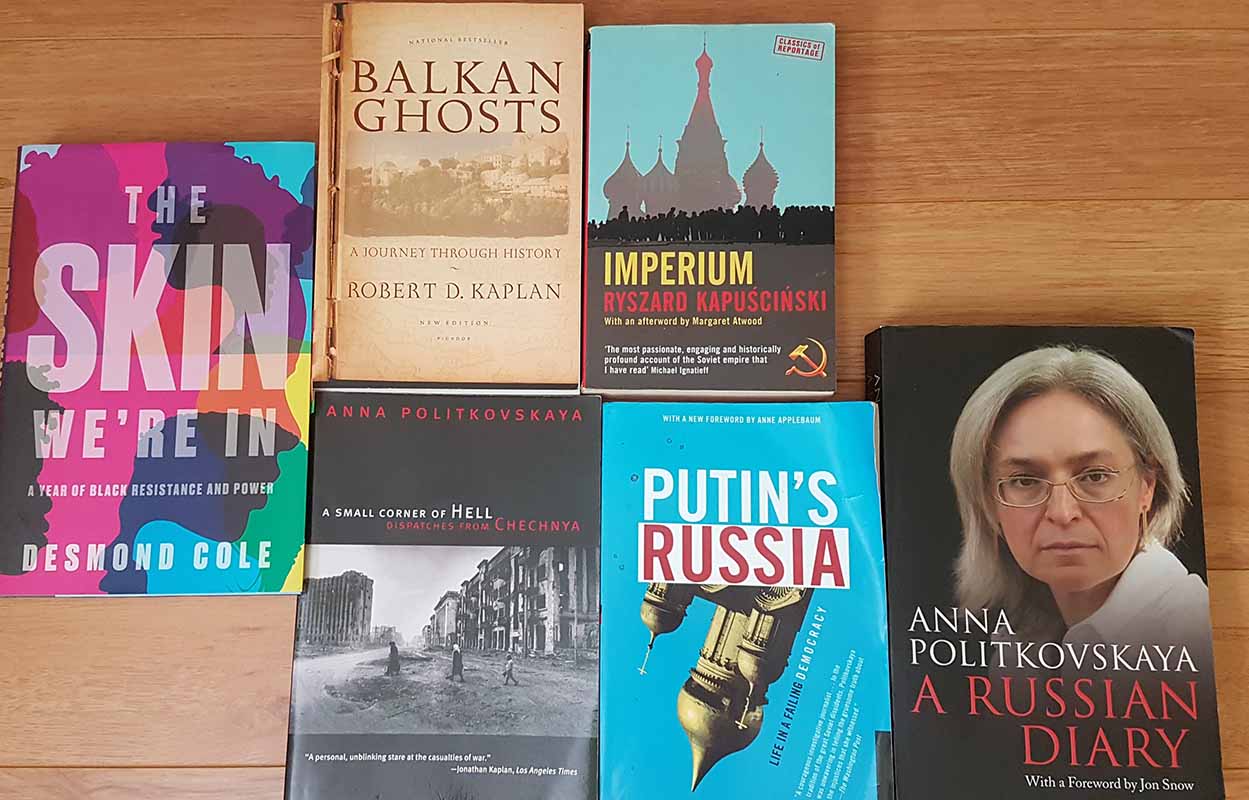 For readers interested in learning more about global history, politics, and economics, including life under the former Soviet Union, Russian politics, the ongoing Chechen conflict, Haile Selassie I the former Emperor of Ethiopia, and Mohammad Reza Pahlavi, the former Shah of Iran, the works of these two journalists are a start.

AU’s wide range of diverse courses make it effortless to study this topic in depth.  Courses loosely related to Journalism are available in a variety of disciplines, including one’s that may fit into your Degree Works.  (Always check with a counsellor to see if these particular courses fulfill your personal graduation requirements!)

AU students interested in learning more about this particular topic are recommended to visit HIST 210: A History of the World in the 20th Century, a three-credit, junior-level course, which introduces learners to “the major economic, political, social, scientific, and technological developments in post–Second World War history.”  Happy reading!