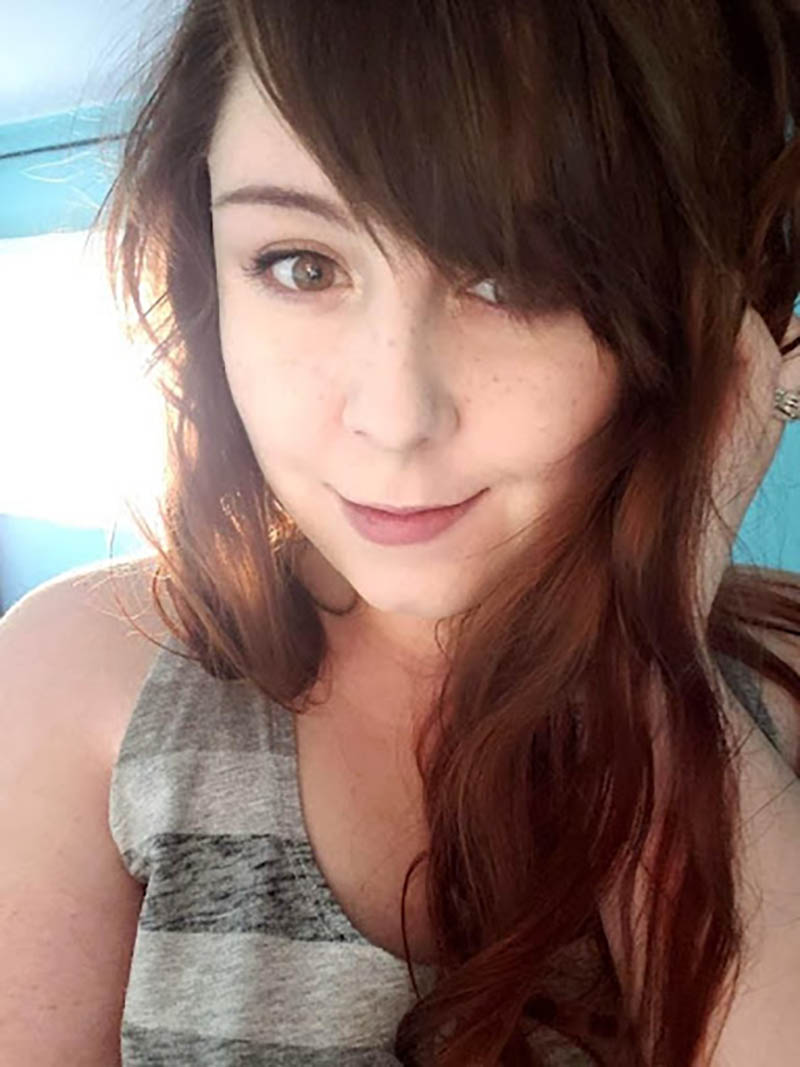 Twenty-six-year-old Delaney has just completed her second-last term in the Bachelor of Arts in Psychology program at AU.  She explained, “I chose to pursue a Bachelor of Psychology through Athabasca after transferring from the same program at another institution several years ago.  My dream is to become a child and family psychologist working with people of all diversities.  To do so, I will be pursuing a Master’s in Counselling through Athabasca when this degree is done—and I can’t wait!”

Although currently located in Red Deer, Delaney has spent her life “between Alberta and [her] family’s home in Ontario but [has] been here in Alberta full-time for about 20-years now.”  She continued, “My husband of three years and I live in Red Deer and are expecting our first child this coming December.”

When this ambitious student is not studying, she “love[s] spending time in nature, whether it’s going for walks with [her] two pups, kayaking and swimming in the summer, or ice skating in the winter.”  She continued, “I am a big fan of reading and my partner and I always have a book on the go.  That being said, my favorite thing to do is cuddle up under a warm blanket with snacks and watching all genres of movies.”  Delaney is currently binge watching, “Midnight Mass, Why Women Kill, and the new season of You,” stating, “If you haven’t seen these shows I highly recommend them.”  She is also currently “reading a book entitled Home Before Dark by Riley Sager,” which “has a similar vibe to the Haunting of Hill House.”

When asked about the greatest influence on her desire to learn, Delaney spoke briefly of a childhood situation that set her on her current path.  She related, “This may sound a [bit] odd because it was actually a negative situation that lighted my fire to learn, but when I was quite young—around six-years old—my father left our family and my mother thought it would be a good idea to set up some counselling resources for us.  Well, unfortunately it was not the best experience for myself, so naturally I was apprehensive to go to a psychologist later in life.  This time though, the person I saw was wonderful and it just clicked for me that if I could be that person for some child and help them so much earlier than I was able to be helped, I could really make a difference.  I started taking psychology courses in high school to prepare, but being a 3rd generation Canadian and the only one in my family so far to seek higher education, I knew that I would need passion and dedication to reach my goals.”

When asked about her experience with online learning, Delaney had nothing but praise.  She stated, “To be blunt, online learning has saved my academic career.  When I was 19, I was diagnosed with a debilitating autoimmune disease.  I went from an energetic and outgoing person to someone who required a wheelchair and to be bed-ridden most of the time.  It really threw a wrench in my education plans since I figured I’d take a few gap years to save for college.  It took me a year to gain the courage to attend my local institution, but all I could manage was one or two courses a semester due to the in-person demands.  A friend of the family had suggested Athabasca to me after she completed her schooling online.  I transferred my existing credits and signed up for classes.  I was so excited.  By the time I started with Athabasca, I had taken two years and only completed 10 courses.  Since then, I’ve been able to handle three-four courses a semester all year long.  I have always enjoyed self-motivated learning because I can work at my own pace.  Athabasca has great supports set up for their learners.   Working from home has allowed me to complete my degree much faster and get better at the same time.  I am happy to report that I am currently in remission from my condition!”

Her most memorable course has been PYSCH 426: Families and Parenting, which is “a wonderful psychology course that fits in with [her] future plans.”  She continued, “It’s my favorite because it seems like the material would be redundant with common sense but there is so much in there I hadn’t considered or seen more those perspectives.”

Overall, Delaney has not had any problems communicating with her tutors when she needs some guidance.  She explained, “Luckily, I find that the courses are set up to be quite straightforward, so between course boards and the AU app I haven’t had to contact my tutors too often.  That being said, this last semester, I was a bit behind due to the pregnancy and my tutor was so helpful without being judgmental at all.  I know that the system was definitely overloaded with the changes from the virus so things were taking a bit longer to get to.”

If she were the new AU President, Delaney “would work on development of the student app.”  She stated, “I find it very helpful, but most students don’t know it even exists.  There is so much potential to grow the learner community, especially with those of us who are completely distanced.”

When asked which famous person, past or present, she would like to have lunch with and why, Delaney chose Audrey Hepburn, “without a doubt.”  She explained, “Most people just know her from iconic movies like Breakfast at Tiffany’s, but she was truly an incredible person who spent a good chunk of her life on humanitarian efforts.  I would love to hear her perspective on our modern world.”  And the lunch?  “I mean, let’s be real – I can never get enough pizza!”

When asked to describe her proudest moment in life, Delaney recounted a recent incident.  “My proudest moment (so far) happened today, actually.  I just finished one of the hardest semesters so far while eight-months pregnant with a rather difficult pregnancy.  I’m officially in remission; I will have my first child that we did fertility treatments to get in less than two months, and I am only one semester away from a degree I never thought I would get the chance to obtain.  It’s hard work but I am so profoundly proud of myself.  Every little bit I did mattered, and I’m so close to all my dreams.”

Finally, when Delaney was asked about one thing that distinguishes her from other people, she related some personal issues, stating, “Something that few people know about me is the health issues that I have gone through.  I don’t complain and I keep to myself a lot, so when people find out what I’ve gone through to get to where I am I feel that proud that I don’t let it define me.  Others with chronic illnesses will totally understand this, because we get a lot of stereotypes.”  Best of luck Delaney! 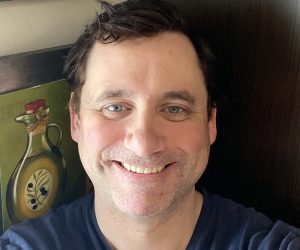 Women of Interest – Mary A. Delaney