December holidays can be a wondrous and positive time.  Also, holiday cheer can be an oxymoron.  Participants are implored to be joyful and to keep the Christmas spirit while still being themselves.  And, well, it’s not so easy to feel festive all the time.  Likewise, we’re asked to remember the reason for the season (family, friends, gratitude) while shopping mindlessly amidst total strangers (masked up and muzzled by the fact that you can’t gift someone a feeling of love).  Like an elective that’s practically mandatory or a declarative statement that begins with words like “you’re going to want,” the December holidays are rife with potential pitfalls as well as joyful gatherings.

We AU students are well equipped for solitary study so, instead of anxiety over the socializing that goes with the season, it’s worth taking Christmas and New Year’s as a dual double-header of an academic challenge.  What new can you learn about those around you?  Whether you’re a social science major or just a member of society (there’s no escaping language and culture for those of our species), we might watch for a few triggers that lead to toxic interactions.  Most importantly, for a peaceful Xmas, we can recall the fortune cookie phrase attributed to noted therapist Wayne Dyer (1940-2015): “conflict cannot survive without your participation” (Dyer, online).

What Do We Talk About When We’re All Here?

Lest we blame family as the causative agent leading to conflict and/or excessive peer pressure (to conform, to be nice, to party hardy, to account for one’s previous year in terms of assorted economic, academic, social, or consumerist markers), let’s recall that many a friend or coworker gathering has led to difficulties as well.

Erving Goffman (1922-1982), noted Canadian sociologist worthy of the statue that sits in his hometown of Mannville, Alberta, provides a couple of hints about why social interaction may become a bit of an alligator swamp come the ol’ Yuletide time.  Social conformity is especially pronounced during Canadian Christmas, where weather typically confines gatherings to indoor environments where population density exceeds the expected carrying capacity of rooms, homes, and halls.  Never was social distancing so needed or so lacking.  But larger social expectations are not limited to our country.  Here are a couple of choice snippets from Goffman classic text, The Presentation of Self in Everyday Life:

“In Shetland Isle the inhabitants, in an effort to present themselves as progressive farmers to visitors from the outside world, felt somewhat hostile to the few crofters who apparently didn’t care and who refused to shave or wash, or construct a front yard, or to supplant the thatched roof of their cottage with something less symbolic of traditional peasant status” (Goffman, 165).

Beard not manicured, hair not did at an expensive salon, forsooth! New home not acquired in some swanky suburb?  Stereotypes though these stigmas be, they can easily seep into small talk like septic waste into a neighbour’s doggy run.  A way to avoid these queries, should they arise, is to make it not about oneself or the other but about social theory.  For instance, a quick dip into terms like petit-bourgeois aesthetics and perceived class habitus (see: Pierre Bourdieu, online) can reframe the conversation.

Differences of economic class and cultural lifestyle were especially pronounced on the Shetland Islands, as Goffman discovered.  Just as black sheep of a family or social pariahs in a community are often the safe topic of judgment, finger-wagging, and general toxicity (so long as they are absent), this need for a scapegoat to carry polite discourse forward can be especially pronounced over holiday gatherings with the expectation of prolonged conversational engagements.

“Island gentry sometimes discussed how it could hardly work to socialize with the natives, since there would be no common interest.  While the gentry thus showed good insight into what would happen if a crofter came to tea, they seemed less aware of how dependent the teatime esprit was on their being crofters available to not have to tea” (Goffman, 163).

Another game, along with the reality that speaking can be seen as a positive exercise in building affinities with family and friends, is to whip out an academic quote and have those in attendance guess which gender wrote it.  Here’s a classic, to this Fly on the Wall anyway:  “The female friendships that she succeeds in keeping or forming are precious to a woman, but they are very different in kind from relations between men.  The latter communicate as individuals through ideas and projects of personal interest, while women are confined within their general feminine lot and bound together by a kind of immanent complicity…Their work is not a technique; by passing on recipes for cooking and the like, they endow it with the dignity of a secret science founded on oral tradition” (de Beauvoir in Goffman, 161).

Ouch, a wee bit of a misogynist generalization there!  Well, turns out it was written by an eminent philosopher of 20th Century existentialism, Her Majesty Simone de Beauvoir.  Perhaps such quotes, if they can stimulate intellectual dialogue or simple ruminations about family and gender life, can open interesting new doors to discourse.  At the least, they will garner laughs, guffaws, and frowns out of those around.  And stimulation of the spirit of the season, a sense of congenial curiosity into the lives of others on this special holiday occasion, may be just the ticket to deliver us from any toxicity.  On the other hand, we might get thrown out on our ear and wish we’d have just quietly stirred our eggnog and stroked our unkempt beards and un-coiffed hairdos!

In any case, however you celebrate the season or even if you don’t: Happy Holidays to all and to all a pleasant time!

Fly on the Wall—Happy Holidays from Plato 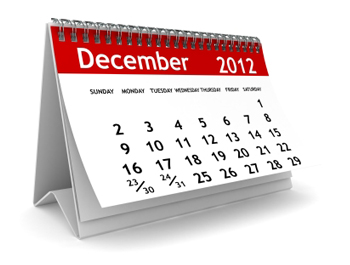