Articles
The Voice
Editorial—Things from 2021 to Celebrate

Let’s face it, it was a rough year.

But it wasn’t all bad.

Each year, we like to start off the Voice Magazine with a look back at the year before.  Creating a first issue that not only represents what The Voice Magazine is, but what it can be when it hits its heights.

This year, prompted by a secret contest in the subscriber list in which ten lucky winners are getting some Voice goodies just for being present enough to click a link in their email, we received more student recommendations for The Best of the Voice magazine than ever before.  (This is a hint, by the way.  If you haven’t subscribed, maybe you should. It means that you get an email every week reminding you when the latest edition of The Voice Magazine is out, and sometimes you might even win something just because.)

But I think I’ve managed to whittle all the suggestions down to those that represent the best of what a Voice Magazine is.  Which makes it a great issue to use to introduce people to it.

Each article, I’ve added a bit of commentary to at the end (that’s the orange text) letting you know what made it stand out to be included in the 2021 edition of the Best of the Voice.

And with that, it’s time to get to the good stuff. 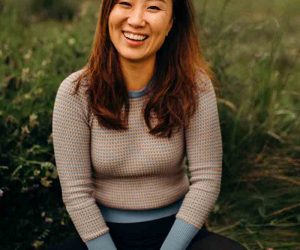