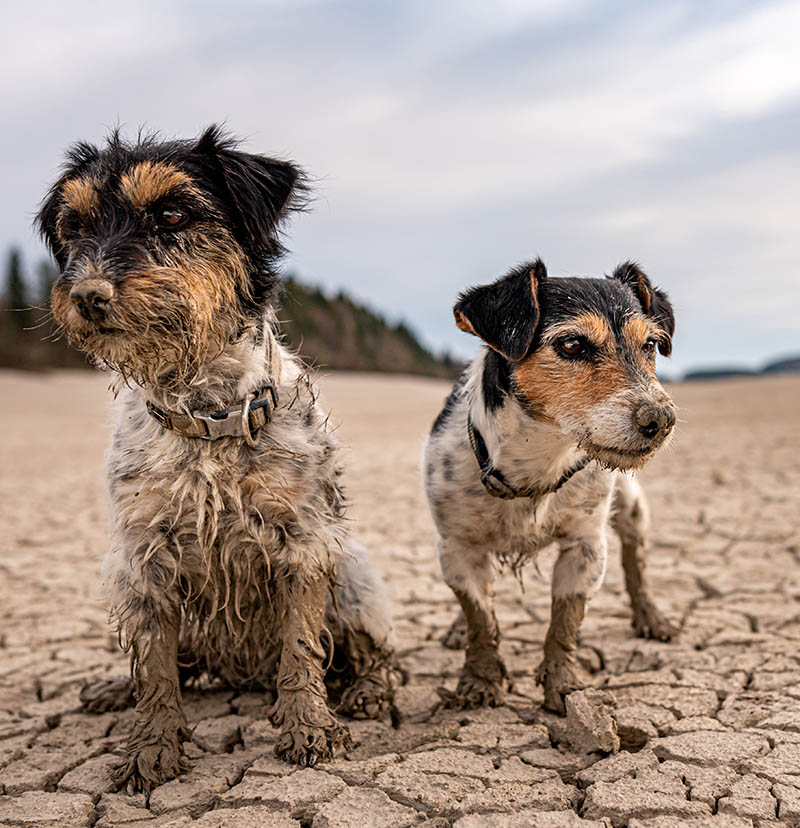 If you haven’t yet read our honourable mention or our runner up for the fiction contest, you really should check them out as well, but this week, I’m very proud to be presenting our Fiction Voice Writing Contest Winner.  “Stray Dogs” by Catherine Moise.  After reading it, I have to agree with our judges, it absolutely deserves to be here.

Dr. Angie Abdou was one of the judges of our contest, an Associate Professor of Creative Writing at Athabasca University who has published eight books including her most recent memoir, This One Wild Life, which debuted on the Canadian Best Sellers List.  You can find out more about her, and all our judges, in our announcement article “And the Winner Is…”, but she also provided us some commentary on the winning entry:

“‘Stray Dogs’ is a contemporary Western skillfully woven in tight, rich, and evocative prose. With a soft touch and keen power of observation, the author explores human isolation and human connection. There is not a speck of sentimentality or cliche in this original mother-son story. “Stray Dogs” is a rare and mesmerizing treasure. Readers will find something new to admire each time they return.”

And you know what?  She’s right.  I’ve read through this thing several times already and keep picking out different pieces that capture my attention.  So, please enjoy Catherine Moise’s entry, the fiction winner of The Voice Writing Contest:

The blade gnaws back and forth on the leather.  Seven notches.  I’m keeping count.  I carved the first notch with baby fat still clinging to my legs.  I wore my toy spurs and cowboy hat.  The gunslinger in me wondered how I won the gun fight.  Better gun?  Quicker draw?  We forgot the hat in a ditch in Horsefly, B.C.  when we stopped so I could take a leak.  I cried about them all the way through Alberta—stopped crying when Mitch the Moron gave me something to cry about.  The spurs are planted in the prairies.  Buried in wheat taller than me.  Muscles pitched them when a late-night binge ended with the sharp edge of a spur planted in his foot.

Sheila keeps count of her exes by carving out their eyes.  Not quite as gruesome as you’d think.  She snaps a polaroid shot first thing.  She waits for failure like some people wait for a train or a bus.  Then Sheila white-knuckles the knife and carves a jagged rectangle around the polaroid eyes.  She keeps the eyes in a tin can.  Nights when the owls hoot outside the car window and there’re no stray dogs in sight, Sheila takes them out.  She arranges them chronologically—plays nostalgia.

I rub my thumb along the rough edge of the notched leather.  It’s a piece of leather from my holster—the only thing left of my gunslinger days.  I keep it in the trunk of the old car, tucked in behind the broken taillight; sucking gasoline fumes.

The first few weeks with one of Sheila’s stray dogs nauseates; like too much candy right before bed.  Sunshine and sweet talk—hugs and hangovers.

“Don’t ya just love him bud?” Sheila prods.  “Hey bud, got a hug for Joe Blow?” Or whatever name sits in the driver’s seat at that point.

The warm, hazy, lovey-dovey bullshit always ends; right around that time Sheila starts to sharpen the knife.  She turns into a blowfish when things get ugly.  Ingests huge quantities of liquor.  I watch her face puff up and her body inflate.  That’s when the aquarium gets tight and I realize there’s not much room left for me.

On the west coast of B.C., near Vancouver, Sheila took me to Wreck Beach.  She said it was a clothing optional beach.  I didn’t get it.  I grabbed my beach bucket and swim trunks.

Naked bodies speckled the beach.  I didn’t want to take my clothes off but Sheila said it’d be rude not to join in.  So there I stood with willy wafting in the breeze – beach balls bouncing.  Sheila taught me to make sand angels.

“You’re my little angel,” she said, smiling and playing with my hair.

I still called her Mom back then.  Mom and her little angel.  Wreck Beach is where Sheila picked up Muscles.  Later I stood in the mirror flexing my little boy biceps and practicing a deep, “Hey beautiful.” Muscles didn’t last long.  I had him figured for a long shot anyhow.

Donuts showed up in Manitoba.  Donuts liked to play whack a mole with Sheila’s ass.  We met him at a Dunkin’ Donuts drive—through in Flin Flon, Manitoba.  We made a stop at every donut shop along the road.  One day he tried to play whack a mole with my ass.  Sheila punched him.  Just like that—right when I thought she had nothing left to give me.  Sure do miss the donuts though.

Sheila’s lips either pucker or pout—always ready for action.  Unless she’s eating.  Then they smack open and shut like she’s chewing gum rather than food.  When I was a boy, in that gray area before the dawn of manhood, Sheila told me, “Remember bud, girls like respect.  Send ‘em flowers.  Treat ‘em special.” Back then I hung on her every word—a spider baby hanging from her web.

Took us a long time to scout through Ontario.  By the time we reached T.O.  I had a fine-tuned swagger.  Took it for a walk down Yonge Street.  Sheila with her sashay and me with my swag—both on the hunt.

When Muscles sent those spurs flying through the air back in the prairies I learned something.

The way they flew?  Propelled by anger?  I got to thinking how anger could stir the pot.  Anger bubbled and boiled and people got burnt.  I started messing around.  A snatched wallet from a guy Sheila picked up in T.O.  Whiskey poured down the drain.  A hole cut in a favourite pair of jeans.  Then I just sat back and watched the action.  No flowers for Sheila.

We had jerked our way through Quebec, and Sheila had picked up T just past the Ontario border.  Monsieur Francais.  Theophile Talbot from Temiscaming.  We call him T.  I like the way he talks.  His words reach his eyes in a way that makes me think he really sees me.  I try to behave; shackle the saboteur.  T teaches me to fish.  I learn to skewer fat, juicy worms onto hooks.  I start to think things might stick this time.  Fish fries and campfires dull the ache in my gut.  I start seeing sunsets, beg for cigarettes and let them dangle at the corner of my mouth the way T does.  Then T slaps Sheila.

In the morning I splash a little antifreeze in his coffee.  We drop his dizzy, slurred, nauseated ass at the emergency room doors.  Sheila always perches, ready for flight, in case her feathers get ruffled.  So, we hit the road.  I put another notch in the old holster leather and I sit in the back seat staring at the trees flying by, the cars whizzing past.  Nothing worth counting except those damn notches.

Our old tin-can car wheezes and heaves along the highway.  We slip out of Quebec, slide through New Brunswick and settle into Nova Scotia.  By then Sheila’s voice has reached a new low.  I recognize the husky hiss— her own unique mating call.  She parks in the middle of two parking spots right outside The Tipsy Turtle Bar and Restaurant.  A band in the corner cranks out Elvis whining about tender love.  Sheila yanks me onto the dance floor.

“C’mon bud, dance with your Mama.”

My arms and legs jump and jerk like a spider curling into a death dance.  Sheila slips drinks my way.

My legs slither across the floor and my arms snake through the air.  I am a snake.  My body curls and jerks.

The night is filled with hoots and spilled beer—slow dances and sloppy kisses.  Sheila’s long arms wrap each man in a syrupy embrace.  I eye each one and make a silent bet.  Which one wants to play Daddy?

At midnight, Sheila stumbles into a chair.  She lights a cigarette, and the smell of singed hair reaches my nostrils.  Her lips spread, teasing her face into a smile.  I rub my hand across the top of my mouth – feel the fuzz festering on my upper lip.  I wonder what she has poured into me.  What mix of beer-soaked logic?  What concoction of winding roads and unknown terrain will plot my future maps.  And what of the men’s eyes trapped forever in a tin can?

I stand and lean over Sheila.  I whisper in her ear.

Her eyes widen in surprise as she acknowledges my slip of tongue.  I lift her body and she reaches up to wrap her arms around my neck.  Faded.  Sour.  This is how she smells.  This is how she has always smelled.

I turn and begin to direct her body to the door.  She wobbles and weaves.  I tuck her into the back of the old car.  Her eyes slip shut.

I pull an old blanket up to her chin.  My hand smashes a mosquito against the car window.  I open the trunk and pull the old bit of leather from behind the taillight.  I slide into the front seat and stare up over the steering wheel into the night sky.  I count the notches.  Fifteen.  And I think to myself, Sheila, we are the stray dogs.

Surprisingly, the Voice Magazine doesn’t get much in the way of fiction submissions.  This one was the result of us running a contest looking for creative writing from the AU community.  Being as it won the contest, including it as part of our Best Of 2021 edition is simply a no-brainer.  It already got declared “Best of” back in mid-May.