Articles
The Voice
Teaching My Daughter to Make a Scene 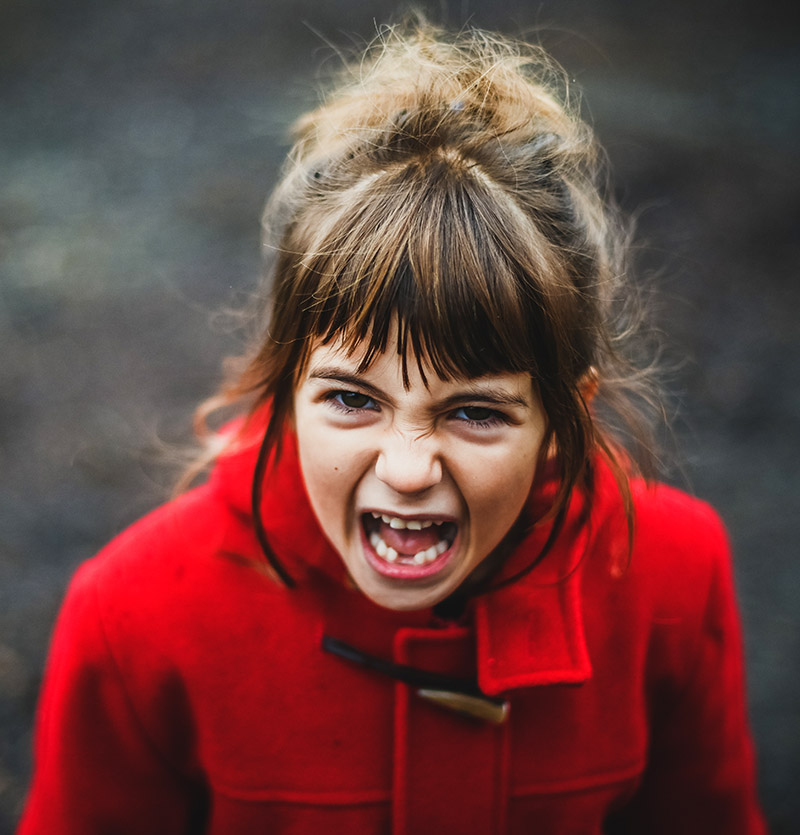 Recently I dealt with an incident at my six-year-old daughter’s school.  She was in the hallway with a boy from her class, away from the careful supervision of her teachers, when the boy became physically violent with her.  My daughter was too nervous to tell her teacher.  She thought her teacher was going to be mad at her.  Thankfully, she had the courage to tell me when I picked her up from school that day.

The guilt and anger I felt was unimaginable, but what concerned me more was that my daughter did not use her voice.  She did not trust her gut feeling that what happened to her was wrong.  She believed that being hurt by her classmate could have been somehow been her fault, so she put a smile on her face and went back to class like nothing happened.  This was particularly surprising to me because my daughter is feisty.  I call her my jalapeno pepper because some people can’t handle her spice.  She is loud, outgoing, and fiercely stands up for the people she loves.

Now, I am by no means blaming my daughter.  I understand why she was nervous to say something.  I understand why any woman who has been assaulted or harassed may not want to speak up.  I have been that woman.  I think most women have been in the position to understand this special kind of fear and shame.  Women are conditioned by society to not make a scene; to be small; be quiet; be pleasant.  I thought I had more time before my daughter felt the impact of these realities.  I thought I was doing a better job at teaching her to use her voice.  This was my lightbulb moment—I will not always be there to protect my daughter.  She needs to know how to speak her truth and make herself heard, even if her voice shakes.

By complete coincidence (or maybe fate), a few days later I picked up a copy of a book I have been wanting to read for a while: The Stranger Beside Me by Anne Rule.  The book is about the infamous serial killer and rapist Ted Bundy.  The prologue covers several near-miss stories from women who were almost one of Bundy’s victims.  As if this isn’t applicable enough to the existential crisis my daughter’s school incident has triggered for me, Rule writes: “As I write these recollections of women who survived, I hope my readers are taking careful note of why they did.  They screamed.  They fought.  They slammed doors in a stranger’s face.  They ran.  They doubted glib stories.  They spotted flaws in those stories”.

Rule then goes on to tell a story she heard at a rape prevention conference.  A man who had raped and murdered several women confessed to police.  The man described luring a woman into his car, then pressing a knife against her ribs and telling her that he would kill her if she screamed.  As he was driving her to a remote location, they stopped beside a police car at a red light.  Again, the man tells her he will kill her if she calls for help.  Finally, the man confesses, “I turned left, went down the road about half a mile, turned into a road, and I raped her and then I killed her”.

What I hope most for my daughter is that she gets to grow up in a world where she doesn’t have to worry about violence.  Unfortunately, I think this may be a tall order.  So instead I hope that the many long conversations I have subjected her to over the last week have made her realize the importance of speaking up when something does happen.  I hope she screams and fights and runs.  I hope she trusts herself enough to know when to stop being pleasant; when to doubt and slam doors the in the face of anyone who gives her that feeling of uneasiness in her gut that is so often pushed down.  I hope she calls out for help even when she has a (hopefully metaphorical) knife pressed to her ribs.

I hope she feels strong enough to make a fucking scene.

Jessica also writes regular music reviews, but the article that students noticed the most from her last year was this one, from late February, about her daughter and parenting.  With how many students at AU are also parents, this is little surprise, and with how this read is both confronting and uplifting while being simply a good read, its nomination was just expected.