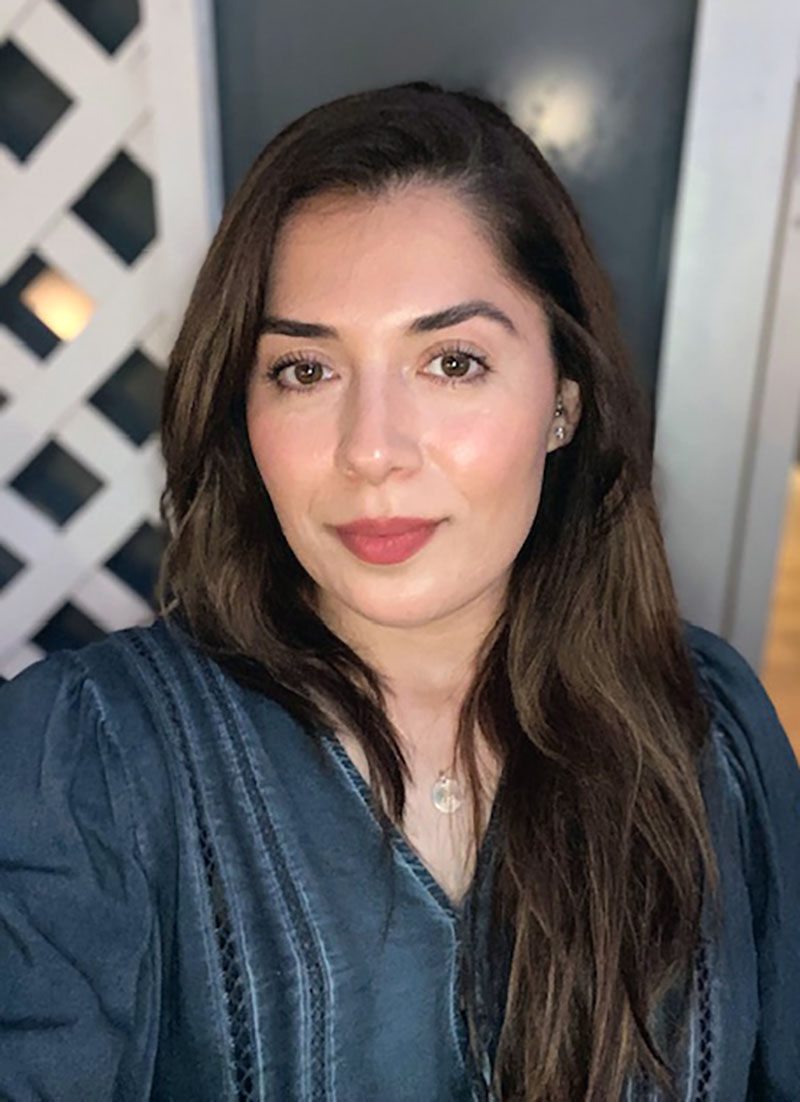 The Voice Magazine recently had a chance to chat with Arozo Azma (she/her), currently residing in Calgary, Alberta, the traditional Treaty 7 territory of the Blackfoot Confederacy (the Siksika, Piikani, and Kainai First Nations), the Tsuut’ina First Nation, the Îyâxe Nakoda First Nation (the Chiniki, Bearspaw, and Wesley First Nations), as well as the Métis Nation of Alberta (Region 3).

Arozo is “currently working toward finishing [her] Management Degree with Athabasca.”  She stated, “I have about 9 courses to complete before I am done which is very exciting.  I am currently in the 3-year program however would like to complete another year to get my full degree but only time will tell.  I don’t have a specific goal however just achieving my degree will feel like a huge accomplishment.”

Born in Kabul, Afghanistan, Arozo moved to India when she was three-years old.  After spending most of her childhood in India, she moved to Canada in 1999.  She explained,” We lived in New Brunswick for a short while before moving to the West Coast, and finally settled in Calgary where I call home.  It’s the longest I have ever been in one place, so it is home to me.”

Arozo loves “to be outdoors, [since] it brings such a sense of peace and tranquility.”  She continued, “I enjoy hiking a lot so I try to get out to the mountains as much as I can during the summer/fall.  One of the many perks of living in Alberta is our beautiful Rocky Mountains!”

When asked about her reading and television preferences, she stated, “I’ll be honest, I have been struggling with making reading a habit for the longest while but now I am trying to finish The Power of Now.  And as for a show, I’m binge watching Seinfeld for what feels like the 50th time and Peaky Blinders as well.”

But she doesn’t like everything.  Asked about her pet peeve, “I think it would have to be clutter.  Disorganization is my pet peeve; I need things/places to be organized well.”

Arozo called her experience with online learning, “interesting,” continuing, “You definitely have to be disciplined and organized to ensure you’re on track with your assignments and exams.  But at the same time, it gives you a lot of flexibility with work, school, and [maintaining] life balance.”

When asked if there was ever a point during which she wavered about continuing her schooling, like many students, Arozo mentioned that at first it was difficult to juggle work and school commitments.  She explained, “I would have to say working full time.  I had to really change my mindset and fully commit to going back to school since it can be challenging to juggle full time work and school among other responsibilities.  I knew I wanted to get my degree, regardless of going sooner or later, but sooner is always better, right?  It’s just one of those things that if I didn’t commit now, I knew I would regret it later in life.”

“I consider myself a practicing Muslim,” Arozo noted, when we asked her about someone she’d like to meet and have lunch with, “so I will say Prophet Muhammad (Peace be upon him).  He was the most influential man in history and billions of people to this day follow his footsteps in the way they dress, eat and sleep to name a few.  He was a great example to humankind and someone many of us aspire to become a fraction of.  I would recommend reading The Sealed Nectar by Safiur Rahman Al Mubarakpuri.”  And the lunch?  “I will say Afghan food – specifically Qabuli Palao (Famous Afghan Rice) and Mantu (Beef Dumplings).”

The one thing that distinguishes Arozo from other people is “being an empath.”  She explained, “I may not always show it, but I can always sense what others are feeling or going through.  It’s a curse and blessing.”

Finally, when asked what the most valuable lesson learned in life, Arozo stated, “Be grateful for everything you have been given.”  As for her proudest moment in life?  “Getting my diploma in Business Administration.  I was never too fond of school so achieving my diploma was a big accomplishment for me, and now hopefully my degree.”  Best of luck Arozo!