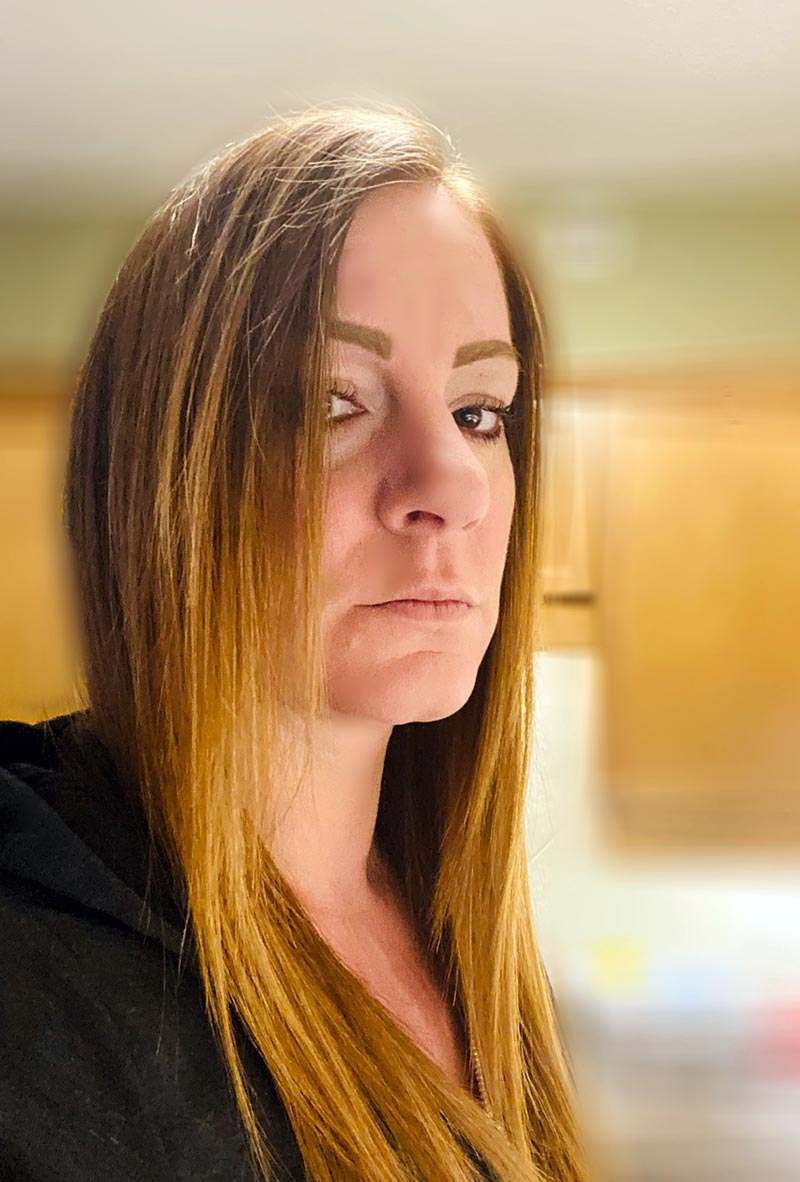 The Voice Magazine had the chance in mid-December to chat with Tamara Manning (she/her) from Camrose, Alberta, the traditional Treaty 6 territory of the Nehiyaw (Cree), Denesuliné (Dene), Nakota Sioux, Anishinabae (Saulteaux), Niitsitapi (Blackfoot), and Métis Peoples.

Tamara is currently in her fourth year of a Bachelor of Professional Arts in Criminal Justice.  She stated, “I am looking forward to applying to graduate school upon completion of my degree and am interested in a Masters in Clinical Counseling.  I have always been keenly interested in Law and Criminal Justice and the connection between those areas and mental health.  I am hopeful that I can blend my knowledge in the field of Criminal Justice with that of Clinical Counseling to help individuals who find themselves involved in the system.”

She “was born in Sylvan Lake, Alberta, and relocated to Camrose, Alberta in [her] later teens.”  She stated, “I am a mother to three children, Sydney (23), Addison (16), and Andrew (15), and a wife to my wonderful husband Matt.  I have worked full time in a management position in the hospitality industry for over 15+ years, and recently celebrated my 40th birthday.”

When she is not studying, Tamara enjoys “reading for pleasure” and is “a huge Stephen King fan,” recently reading “his newest release, Billy Summers.”  She continued, “I am also a foodie and enjoy cooking meals for my family to enjoy and love exploring different cuisines from around the world!”  She is currently “reading Stephen King’s The Stand for the third time and binge-watching holiday baking competitions on the Food Network to the point that [her] oldest said once Christmas is done [they] are 100% absolutely not watching any more shows with holiday baking on them.”

When asked who in her life had the greatest influence on her desire to learn, Tamara chose herself!  She explained, “Though this may seem an odd answer to this question, the person who had the greatest influence on my desire to learn was me!  I have always had a thirst for knowledge.  I love learning about different people, and cultures, and what makes individuals the way they are.”

As for her experience with online learning so far?  “Online learning has been an advantage to me that words cannot explain.  My oldest daughter was born when I was 17 years old, and school was put on the back burner for many years thereafter as I concentrated on providing for and building my family.  At many points in my life, I considered going back to school, but there was no realistic way I could balance studies at a brick and mortar school with my full time employment.  Online learning gave me the ability to pursue my educational goals without compromising my family’s current needs.  Though it took me many years to build up the courage to go back to school after 20+ years out of school, I took the leap and became a full-time student in online studies in 2018.  Since then, I have received a diploma with honors with distinction and am currently on track to receive my degree with that same distinction.  The flexibility that online learning provides allows me to live my dream of pursuing higher education.”

As for dislikes?  “If I had to dislike one thing about online learning it would be the fact that I don’t have classmates to chat with about all the interesting things I learn on a daily basis, though my husband is a great sounding board and never tires of me telling him those interesting points, and for that I am grateful!” 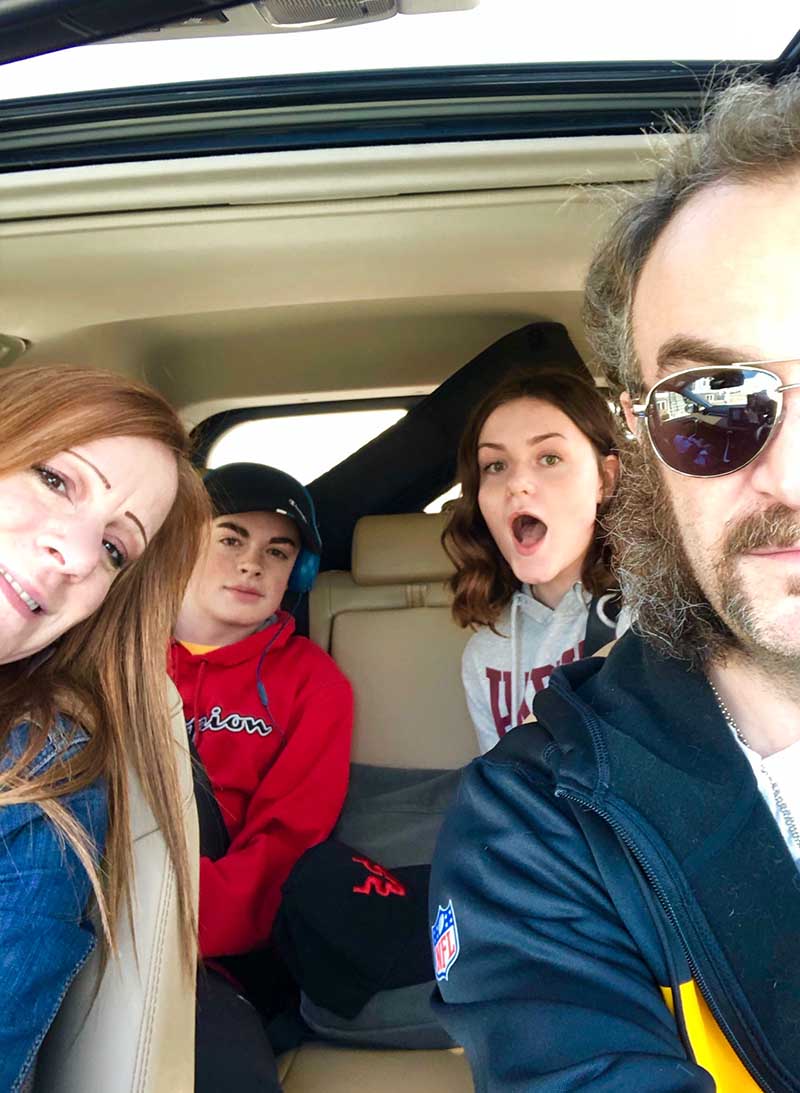 The Voice Magazine asked Tamara, if at any point, she had wavered in continuing her schooling and what made her persevere.  Tamara replied, “Currently I have had to sit back and reflect on how much I am taking on, along with the out-of-control stressors COVID has created.  I have experienced multiple stops and starts to my employment these last couple of years due to COVID, and my children have also struggled with mental health issues, as well as an epilepsy diagnosis in my son.  I recently had to stand back and say to myself, ‘Tamara this isn’t a race,’ and though I have gone to school full time year-round for four years if I can’t graduate that exact second, I thought I would that I have to be alright with that.  AU has been very good about recognizing the impact that COVID has had on its students, and because of that I have been able to explore options that allow me to continue my studies, but perhaps not at that record setting pace I had previously held, and instead at a pace that once again works best for my family and our current situation.”

Since it was difficult for Tamara “to pick just one [most memorable AU] course” she chose two!  She stated, “English 211: Prose Forms was one of my first courses at AU and I was so nervous as I had never taken a university level English course prior to that!  It was amazing!  The literature that you get to read, the short stories, and the novels were incredible.  To critically analyze these amazing works of fiction and dig for a deeper understanding to the meaning behind the words was so impactful.”

She also chose CRJS 360: The Psychology of Criminal Behavior, stating that it “was one of the most interesting courses [she has] ever taken.”  She continued, “As I mentioned previously, I love learning about how people work, and why we do the things we do.  This course enlightens you to all the different reasons that an individual may engage in crime and it is truly enthralling!”

She has found communications with her tutors “to be great.”  She stated, “I have been able to reach out to all of my tutors through email and have received communication back in a timely manner.  Some are quicker than others, but I have never had a question I asked left unanswered.”

When asked about pet peeves, Tamara chose closed mindedness, believing that “we are such a unique species and I feel that being unable to open yourself to other individuals’ perspectives on things prevents us from learning and growing with one another.”

As for which famous person, past or present, she would like to have lunch with, and why, Tamara chose The Queen.  She explained, “I find the monarchy absolutely fascinating and rich with history and a lifestyle that I cannot quite comprehend!”  And the lunch?  Tamara “would probably just let her decide.”

When asked about the most valuable lesson that she has learned in life, Tamara stated, “You are never too old to pursue your dreams, and if you give yourself the chance you just might surprise yourself.  If you had asked me 5 years ago where I would be now, six months after my 40th birthday, I wouldn’t have imagined I would be able to tell you that I am so close to degree completion that I am pondering a master’s program as my next educational pursuit!

And the one thing that distinguishes her from most other people?  “I can come across as cold, or indifferent.  You know that resting face they suggest some people have, I invented it!  But, I actually have a huge heart, and extreme empathy and sensitivity for those around me, and as cliché as it sounds, will move mountains for those I care about.”  Best of luck Tamara!