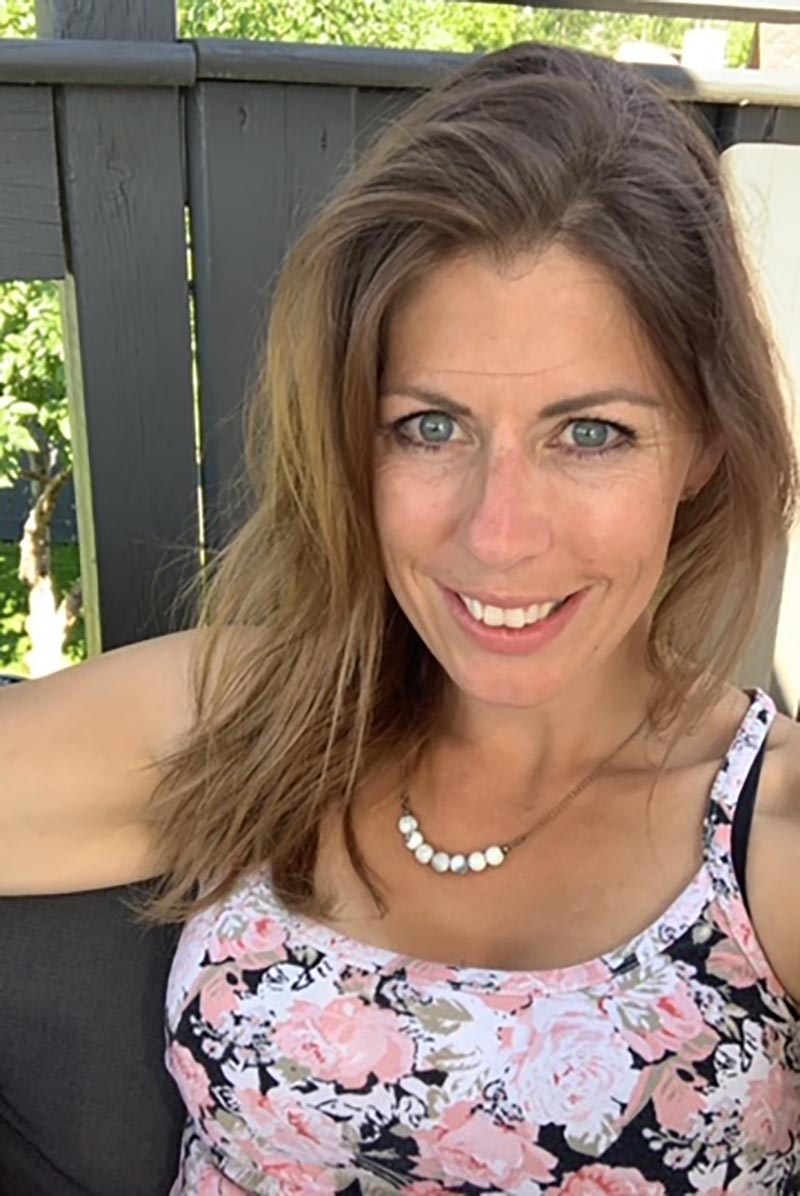 Courtney just completed her Bachelor of Management program this past December.  (Congrats Courtney!)  As for her plans?  She stated, “I plan to use this to work in general or human resources management, or maybe to grow my own business.  I haven’t decided!”

Courtney is “a 36-year-old, married, mother of two” living in St. Albert, Alberta.  She stated, “My husband and I are originally from the Okanagan area in BC and moved to Alberta for his work about 10 years ago.  Prior to moving here and having children, I was a business manager and then owner of a spa and cosmetic franchise in the Okanagan.  We decided to move here so that we could have a better chance of having the kind of family life we desired (i.e.  time to spend with our kids that we wouldn’t have had if we’d have stayed there; both our jobs were very demanding and, being a tourist area, were busiest on weekends, over Christmas, and during the summertime).  Once we were settled here, I started working as a human resources manager and quickly found that if I wanted to go further in business management, the types of businesses I desired would require formal education and not just experience.”

When she is not studying, Courtney “enjoy[s] spend[ing] time with [her] family and friends, ideally outdoors.”  She continued, “Hiking, kayaking, biking, and camping included.  I also can’t wait to dig into some novels again!  Studying leaves little time for reading for fun!”  However, she has had a bit of time for non-AU related activities.  She is currently reading Ken Follet’s Evening and Morning and is “just finishing up Modern Family,” which “was the perfect short and light series for when my brain hurt too much to read or study but I needed something to fold laundry to!”

When asked who in her life has had the greatest influence on her desire to learn, Courtney chose her “good friend,” who “ pursued formal education early, set huge goals and completed her Master’s immediately after her undergrad.”  She explained, “I always admired that she didn’t waver on her goals, even when they were incredibly tough and required some big sacrifices.  Those choices have really paid off in her career.”

The Voice Magazine asked Courtney about her experience with online learning so far.  She stated, “I really enjoyed it, primarily for the flexibility it allowed me.  I started my degree program in 2012, right after my daughter was born and I was on maternity leave.  I would never have started school then in a brick-and-mortar environment, and I’m not sure I would have even later.

“I think it was hardest to stay motivated when the courses were tough, when I was overwhelmed, or when I didn’t understand something.  I’m not sure I could have been as disciplined as I needed to be to reach targets when I was younger (straight out of high school), but by the time I started I was able to set small goals and achieve the deadlines I set for myself each week.”  She continued, “With this program, and I guess just as a result of post-secondary, I truly found a love of learning and of having a better understanding our world as a result of my studies; but even more so I have a better appreciation of all the things I don’t know, which is both funny and cool to me.”

When asked if, like many students, she has ever wavered about continuing her schooling, Courtney replied in the affirmative.  She explained, “I think when I had two kids at home (I had them 2 years apart and it was a little hairy for a couple years) I wasn’t sure I would actually finish it.  I think for a while I figured it would just be the few classes I took and that, eventually, I would just go back to work without.

“As my kids got a bit older and started elementary school, I started looking at what it would take to start full time.  I was able to apply for and receive grants for my first year back that almost covered all my tuition.  Had that not been possible I don’t think I would have jumped back in with two feet.  As a result of grants that year and loans the next, I started full time (five courses each term), and took the summers off with my kids.  I just finished this December.”

She continued, “I also wavered with the pandemic, having my kids at home, trying to do online schooling.  She stated, “I certainty considered stopping but I’m stubborn (at times to a fault) and I wanted to set an example for my kids about sticking to it, and while it was really hard, I’m glad I didn’t quit.”

As for her most memorable AU course so far?  “That’s hard to choose!  Maybe one of my women and gender studies courses, either [WGST 345:] Women, Gender and Work in Canada or [WGST 423:] Mothering in the Real World.  Both of these really helped me understand my own struggles with being a mom, trying to raise kids in our society and trying to figure out how to return to a professional career.  I also loved so many of my business classes, philosophy (I understand that’s against popular opinion), and most of my electives.”

Courtney has been pleased with communications with her tutors.  She stated, “For the most part, I found them very helpful.  It wasn’t until my last year that I started to reach out before finals or large projects and I wish I would have done that sooner.  Most seemed happy to help and by reaching out I felt less alone in trying to figure it out.”

If she were the new president of AU, Courtney “would seek to add interactive learning materials to each course” as her first project.  She stated, “Some of the toughest concepts, I believe, would be so much easier to comprehend if the course had video lectures/explanations as widely available as some of the other types of learning materials.  I found I went to YouTube a lot to try and understand come concepts but they weren’t always directly applicable.”

As for pet peeves, Courtney had one.  She stated, “People being mean, whether in person or online, when people are mean or belittling it makes me crazy!  Life is too short not to just be kind, or to just say nothing if you can’t.”

When asked which famous person, past or present, she would like to have lunch with, and why, Courtney chose a famous woman in history.  She stated, “I think Ruth Bader Ginsburg would be my choice, as her career fascinates me and the way in which she trailblazed in her career for gender equality while being a parent to her two children.  I think is an amazing accomplishment.  I would love to hear any and all of her stories!”  And the lunch?  “Something fresh and veggie packed, I’m a vegetarian and I love trying fresh new things!”

And her proudest moment in your life?  “Probably when I delivered my kids.  Making humans from scratch is pretty neat.  Realizing I’m graduating with great distinction was pretty high up there too.  It felt too hard and like too much so many times but just keeping going, and doing my best really did get me to the finish line.”

But what’s the one thing that distinguishes her from other people?  “Only the people closest to me know how terribly stubborn I am, and that I will cry at almost anything.  A song, a commercial, almost any Disney movie, you name it, I’m crying about it.  My kids make fun of me for it pretty hard now.”

Courtney had one final thought to share with students.  She stated, “I guess I’d only like to add that I didn’t really consider myself academic, and I was really intimidated by both starting with Athabasca and about studying full time.  The counselor the school appointed to call me when I was about to start studying full time (to asses my readiness) made me feel like it was a mistake to take 5 classes, and he said that ‘after trying it once, I wouldn’t do it again.’  I almost dropped a class or two after our conversation.  I am so glad I didn’t and I can’t believe I’m done.  I’m both relieved but also sad.  I really enjoyed being an AU student and if anyone is toying with the idea of doing more, and going for it I say do it, the time will pass anyway.”  Best of luck Courtney! 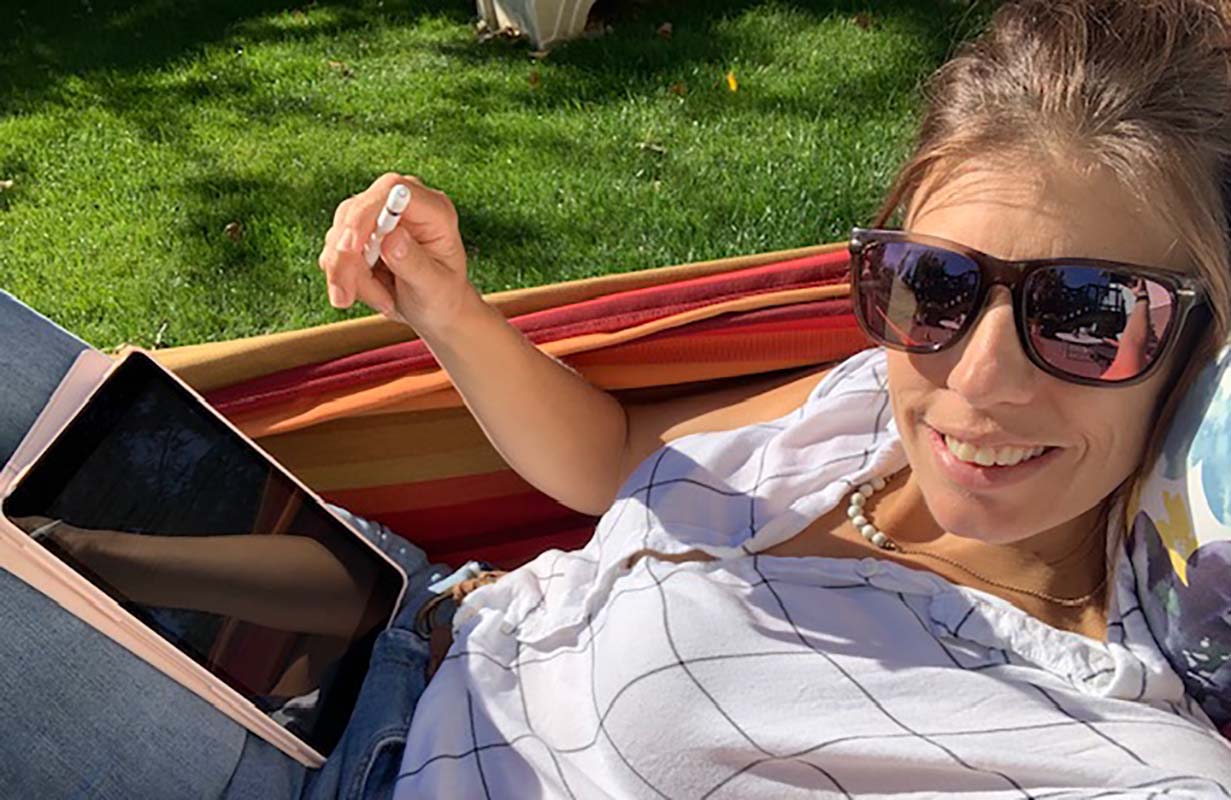