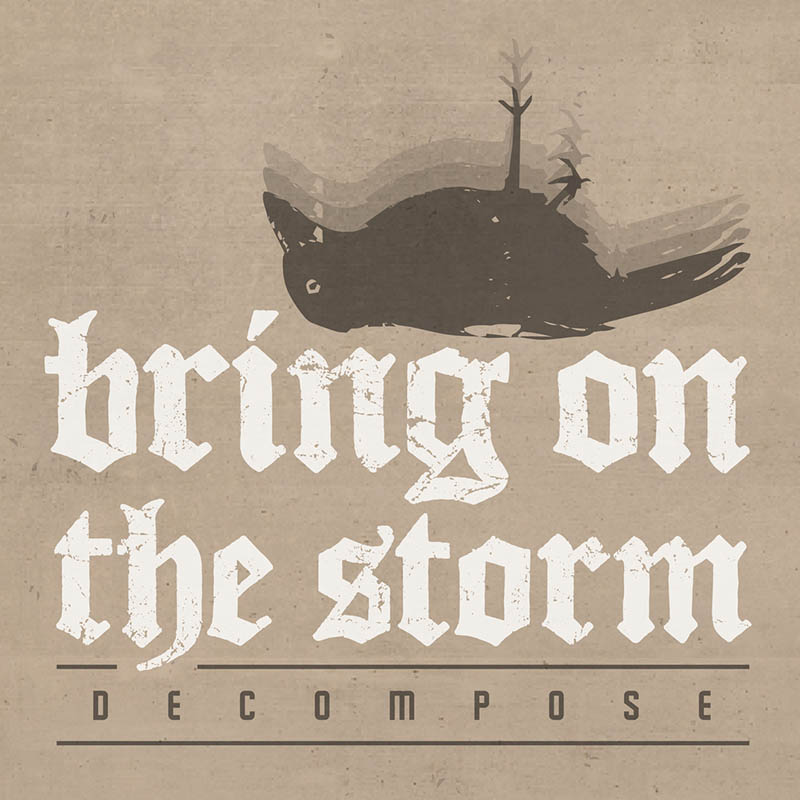 Calgary-based melodic hardcore/punk rock band, Bring On The Storm, has released a single titled “Decompose”. Stream the song anywhere you get your music and check out the official music video on YouTube.

The band was founded in 2016 by guitarist Brandyn Smith, bassist Josh Wallace and drummer Clayton Fandrick. In early 2017, singer/guitarist Chris Kreuger joined the group, and their debut album Altruism was self-released on November 4th, 2018. With a new album set to drop in 2022, Bring On The Storm now hopes to bring their fast-paced and earnest punk rock to stages across the globe.

Chris Kreuger elaborates on the heavy message behind the new single, explaining, “This tune is about an invisible monster that burdens and even sometimes takes life away. We all know victims. We’ve named the monster depression.”

First of all, I sincerely appreciate music that is raw, real, and has a cause. After listening to “Decompose”, I have no doubt that the band poured their heart and soul into this song, and most likely have some experience with the monster of depression, with lyrics like: “Daylight dies, darkness pours over your mind. Hope drifts away, there’s no place left to go. Die alone”.

But the message isn’t the only good thing about the song. If “Decompose” is any indication of what’s to come, we should be expecting some great things from Bring On The Storm. Their sound reminds me of Killswitch Engage—specifically, “Decompose” reminds me very much of Killswitch’s “My Curse”. It’s heavy and intense without sounding noisy. The vocals are crisp. And it features a killer guitar solo around the 3:30 mark.

The music video for “Decompose” was shot in Calgary, of course, at Ill Fated Kustoms. The video was shot by Alan Bremner and features the band performing their brand of fast technical punk amongst an array of choppers. The video begins with drummer Clayton Fandrick pulling up to the shop on a motorcycle. The camera follows behind him as he walks inside and is excitedly greeted by his bandmates. He sits down at his drum set and the music begins. The rest of the video is simple—only featuring cuts of the band, dressed in matching black, from different angles and close-up shots. I especially liked the close-up shots of the guitar solos, where the musicians really got to show off their skills. The video ends with Fandrick coolly throwing his drumstick in the air and catching it.

The filming and editing of the music video looked professional and the band looked great. The simplicity of the video felt appropriate considering the heavy subject matter. I also loved that the band included the lyrics to the song in the description.

Overall, I loved “Decompose”. I can’t wait to see what Bring On The Storm does next.