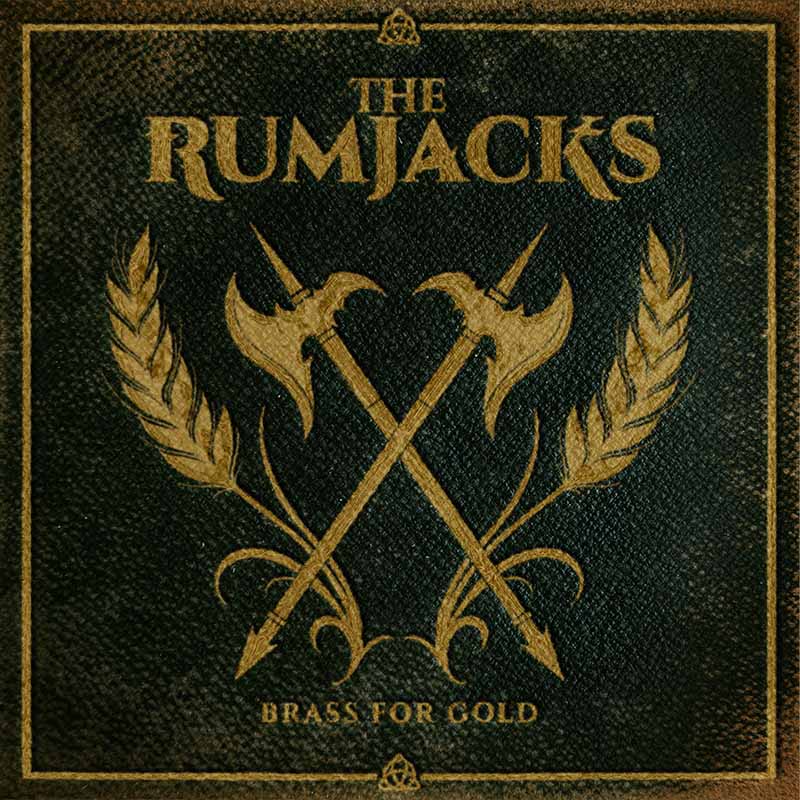 Celtic punks, The Rumjacks, have just released their new EP, Brass For Gold, available anywhere you get your music.  You may recognize The Rumjacks from the popular 2011 “Irish Pub Song” which has over 77 million views on YouTube.

Brass For Gold is the follow-up to their successful 2021 studio album Hestia, which introduced new singer/songwriter Mike Rivkees on lead vocals.  According to the band, The Rumjacks are capitalizing on their new sense of artistry—this album is grounded in their signature eclectic Celtic punk sound while digging deeper into their ska and hard rock influences.

“After the amazing response we had from Hestia’s release, we knew we had to back it up, do it justice and show we aren’t messing around with any of this,” says bassist Johnny McKelvey.

Of the album, Mike Rivkees says, “Brass for Gold is as much as an EP can possibly offer and still be called an EP.  In true Rumjacker fashion, these songs represent a variety of different stories.  The topics range from lovesick nostalgia, to misfortunate war heroes, and a few lighthearted drinking songs for good measure.  While some EP’s tend to be quite experimental, Brass for Gold represents a solid continuation of the newly reformed Rumjacks.  Once again stating (almost literally in some of the lyrics) we are passionate and dedicated songwriters.”

Brass For Gold consists of eight tracks: Bounding Main; Bloodsoaked in Chorus; One For The Road; Kicking Soles; On A Somber Saturday; Across The Water; Blinding Flashes; and Falling Back.  An official lyric video for the song “Kicking Soles” is available on YouTube.

My grandparents were Irish immigrants.  They came to Canada from Ireland in the 50’s and although they loved Canada, I think they always missed their home.  My mother and her sisters competed in Irish dancing competitions their whole lives (my mom even taught me a few moves when I was a little girl!).  I love Celtic music and Irish accents will always remind me of my Nana and Grandad’s voices—so I was super excited to review this album.

Overall, I loved Brass For Gold.  If your main point of reference for Celtic punk music is “I’m Shipping Up To Boston” by Dropkick Murphys, you’ll find Brass For Gold to be much lighter.  I found it more comparable to pop-punk than punk.  The songs are fast-paced and catchy, with lyrics that are actually meaningful and not just based around Irish stereotypes.

The tracks “Bounding Main” and “Somber Saturday” were certainly more ska and hard rock influenced than Celtic, but they still flowed nicely with the rest of the album.  The rest of the album is filled with enough vocal harmonies, fiddles, and penny whistles to make you wish you were born in Ireland.  “One For The Road” is probably my favourite song on the album, although it was hard to choose.  It’s a very classic Celtic punk song with lyrics like “One for the road and away we go, pour it on the ground to frozen snow.  One for the road and away we go, and we’re singing as we rove and venture”.  I also thoroughly enjoyed “Blinding Flashes”.  It reminds me of a Celtic version of Tenacious D’s “Tribute”.

Check out The Rumjacks on the band’s website, Facebook, Twitter, and Instagram.  They are currently on a US tour with Dropkick Murphys and have several headlining dates coming up, so if you want to check them out in person, now is your chance!