Columns
The Voice
Beyond Literary Landscapes—Intersectionality

Those interested in an introduction to the vast topic of Intersectionality, a reminder of some classics, and as an inspiration for further reading, may choose to begin with three major authors, namely Angela Davis, bell hooks, and Audre Lorde.

Others popular writers in this topic include Kimberlé Crenshaw and Gloria E.  Anzaldúa.

As a term, Intersectionality was first coined in the late 1980s by a civil rights activist and legal scholar, Kimberlé Crenshaw, who stated that “traditional feminist ideas and antiracist policies exclude [B]lack women because they face overlapping discrimination unique to them.”

Since then, the definition of intersectionality has evolved, and is often described as “the complex, cumulative way in which the effects of multiple forms of discrimination (such as racism, sexism, and classism) combine, overlap, or intersect especially in the experiences of marginalized individuals or groups.”  Often, in individuals with multiple and complex intersecting identities, oppression and privilege can intersect.  This means, “people can simultaneously possess multiple identities and experience both oppression and privilege.”

In effect, “Intersectionality operates as both the observance and analysis of power imbalances, and the tool by which those power imbalances could be eliminated altogether.”

Some classics include Angela Davis’ Women, Race, and Class, Audre Lorde’s Sister Outsider, and bell hooks’ Ain’t I a Woman?.

Other works for further reading include Lorde’s Zami: A New Spelling of My Name, as well as the works of the Combahee River Collective and Sojourner Truth. 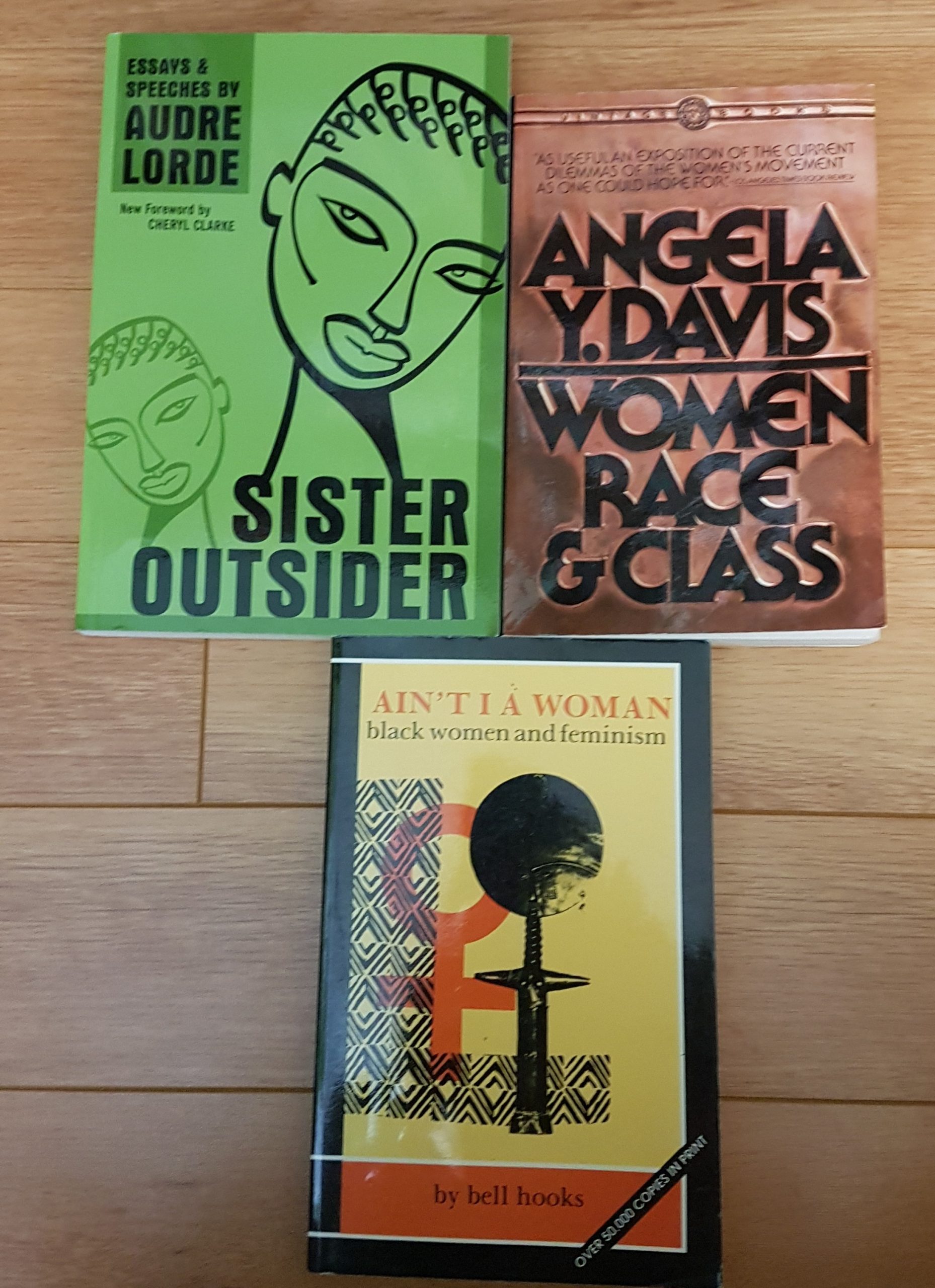 Many of these works are set in the United States.

These publications mainly take place in the 20th and 21st-centuries.

For readers interested in learning more about Intersectionality, including the intersections of race, gender, and class, from a current and historical perspective, these works are a start.

AU’s wide range of diverse courses make it easy to study this topic in depth.  Courses related to Intersectionality are available in a variety of disciplines, including one’s that may fit into your Degree Works.  (Always check with a counsellor to see if these particular courses fulfill your personal graduation requirements!)

AU students interested in learning more about this topic are recommended to look into WGST 401: Contemporary Feminist Theory, a senior-level, three-credit course, which “attempt[s] to recognize the differences among women according to factors such as class, race, sexual orientation, citizenship, and physical ability.”  Happy reading!