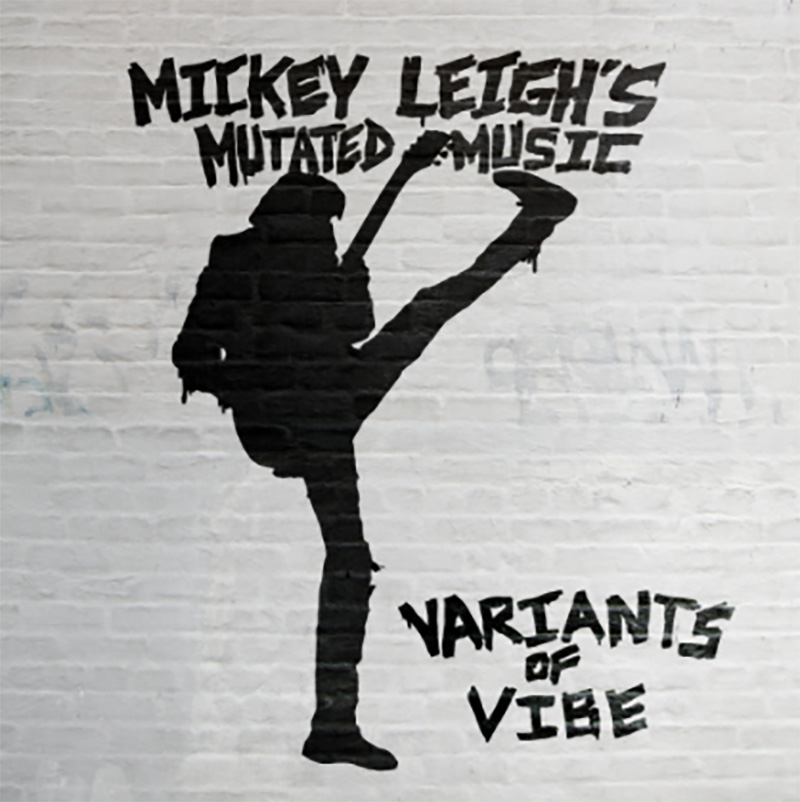 If you’re not familiar with the name Mickey Leigh, you may recognize his brothers, Tommy and Joey Ramone, of the infamous punk rock band, Ramones.  Mickey authored the best-selling memoir I Slept With Joey Ramone: A Family Memoir.  Mickey is also the executive producer of the upcoming Netflix adaption of the book, directed by Jason Orely and starring Pete Davidson as Joey Ramone.

Variants of Vibe has fourteen tracks: Little Cristine; It Felt Like Love; Trouble Man; No Fun Anymore; Go Home Ann; Spanish Eyes; Loneliness; Stories That Never Got Told; Standing In The Dark; I Got A Message For You; When The Truth is on Trial; Brave Old World; Lost In Space; and La La Lala.

Of the new record, Mickey says, “Like every organic entity, music is perpetually readapting itself in order to survive = mutating.  As we know, things we create also variate as they mutate.  Mutated Music is what we are.  Our new album presents a Variant of Vibe.  This may sound complicated, but it’s only rock ‘n roll, and we love it and don’t want to see it become extinct! Mutated Music = Rescuing Rock ‘n Roll, one song at a time.”

By all accounts, it sounds like Mickey Leigh is a beloved artist in the NYC music community, which is fair, considering he grew up in Queens and is the brother of a musical legend.  But after listening to the album, I wasn’t a fan.

Variants of Vibe sounds like Mickey was attempting to recreate his brother’s punk rock sound, combined with the blues rock/folk/country sound of Dire Straits.  Frankly, it just doesn’t work.  Mickey has an interesting voice, but his tonality clashes with the instrumentals behind him.  Meanwhile, the mixing resembles something straight out of the 80’s.  Mickey’s vocals are almost unintelligible against the rest of the music, as if everything was recorded separately (as is the norm with music today) but not blended together.  The result is that the songs end up sound like noise rather than a cohesive unit—perhaps something that works with Ramones’ punk rock, but not with Mickey’s style of music.

Unfortunately, most of the songs sound exactly the same, with the exception of “La La Lala” and “When the Truth is on Trial,” which sound slightly more acoustic with a country twang, and “Go Home Ann,” which features a synth.  “Little Cristine” also marginally stands out due to the clinking glasses and indistinct chatter in the background, made purposefully to sound as if the song was being recorded in a bar.

While I’m definitely interested in watching I Slept With Joey Ramone when it’s released, Variants of Vibe wasn’t for me.