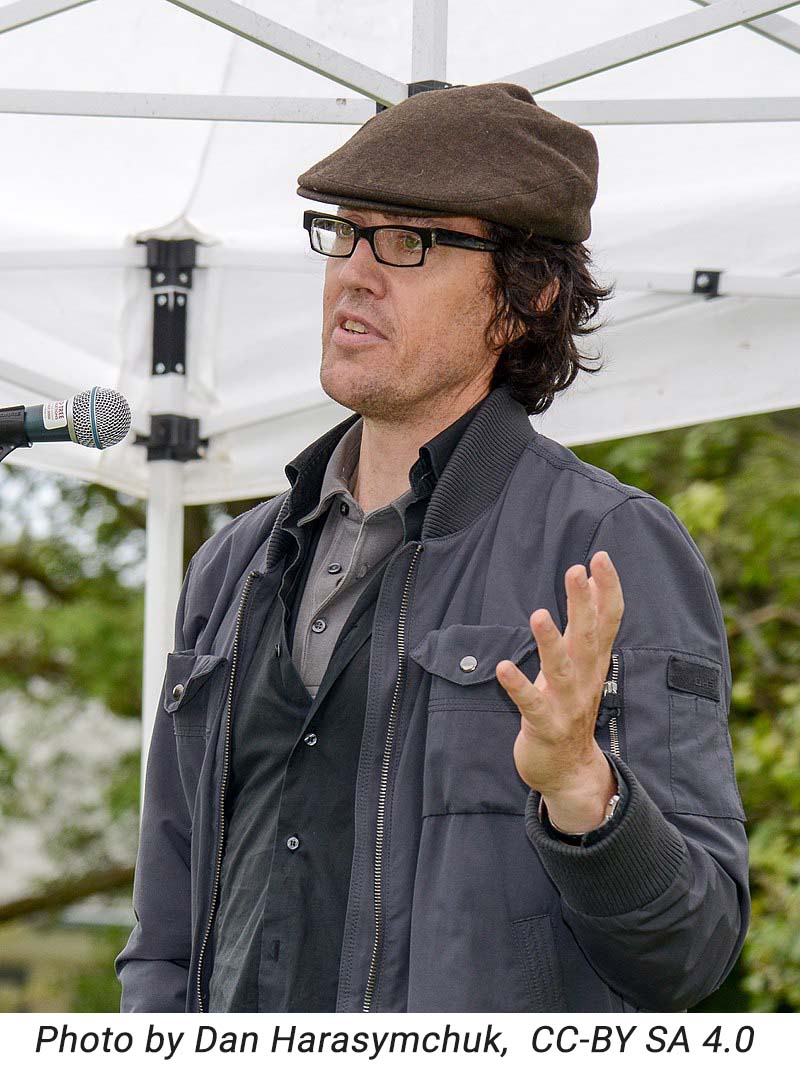 “My father wanted to be a cowboy.  My mother wanted to live in New York City.  So they compromised and moved to Cornerbrook.” – Michael Winter

Listening to writer Michael Winter is almost like watching stand-up comedy:  nearly everything has a punchline.

Winter, AU’s 2021-22 Writer in Residence, gave a presentation in December, which he themed “The Unusual Thing in the Room”.  Winter is an award-winning Canadian author, whose works include five novels, three short story collections, and one work of non-fiction.  His most recent novel, Minister Without Portfolio, was longlisted for the 2013 Scotiabank Giller Prize.

During his recent online presentation, Winter focussed on strategies writers can use to make readers believe what they’ve written is true.  Although Winter now lives in Toronto, he retains vestiges of Newfoundland’s lyrical accent, as well as its down-home humour—both were in ample evidence throughout his talk.

Winter urged writers to look beyond the obvious when creating characters and scenes.  Out-of-context details lend verisimilitude to stories.  In one example, Winter juxtaposes portraying a fisherman character on a boat wearing the expected yellow oilskin jacket and cap, with having the fisherman appear in a tuxedo to attend a formal event.

As a writer, Winter says he’s often looking for unusual details in his everyday life that he can incorporate later into stories.  He once watched a man walking across a street with his arms crossed.  The man’s arms started barking, and then Winter noticed a set of ears.  Winter later wrote in his notebook that he’d seen this man walking with a dog in his arms, but realized he hadn’t captured the “unusual” aspect:  his first observation that the man’s arm’s were barking.  He can describe the scene, he points out, without using the word “dog.”

Having a notebook on hand is key for writers.  But Winter cautions against notebooks that are too big, or “too nice.”  He observes that big notebooks tend to be tucked away in bags or purses, and aren’t easily retrieved to jot down on-the-spot observations.  And some people are reluctant to “spoil” expensive notebooks with rushed, unpolished jottings.

Winter himself keeps a small notebook in his pocket—right now he is using blank bankbooks discarded by the CIBC—so he can jot down observations without losing their immediacy.  Writers often think, Winter says, that they’ll write down their observations and ideas when they get home.

“You never will,” promises Winter.

Winter concluded his presentation with a low-tech version of a Powerpoint slide—Sharpie sketches on a piece of paper.  With this, he demonstrated how to “move the camera” in stories, to focus in on details then pull back to “look out the window.”

Winter encourages AU students to submit their writing to him for critique (one submission per person.)  Information about how to submit is found on the Guidelines & Expectations page at www.athabascau.ca/writer-in-residence/guidlines-and-expectations.html.

A recording of Winter’s December 2021 presentation is available on Athabasca University’s Youtube channel:  “How to make readers believe your story: Fiction writing tips from Writer in Residence Michael Winter,” (youtu.be/MtJKxZ3-Y74.)

Even for non-writers, the presentation is worth watching to hear Winter’s humour-infused storytelling.  Winter will be giving another presentation about writing in Spring 2022. 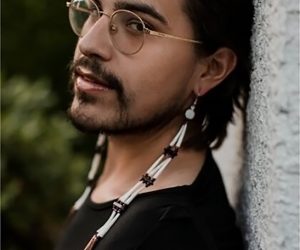