Articles
The Voice
The Ridiculousness that was the Ottawa Trucker Occupation 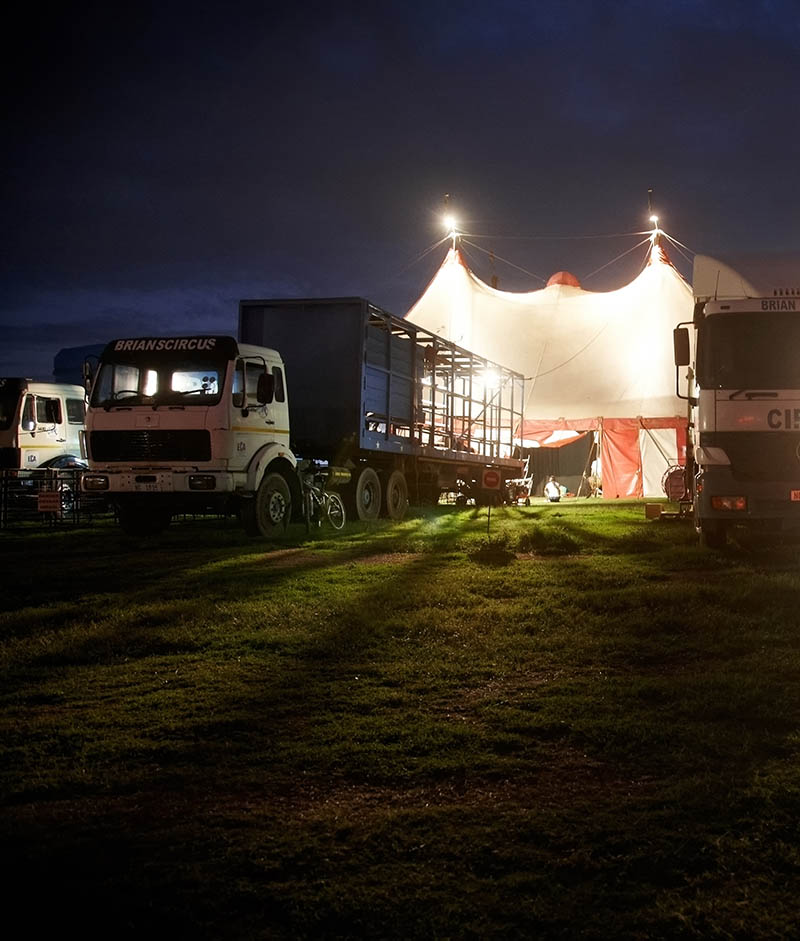 In 2020, I watched Netflix’s Tiger King and I thought nothing would surpass that level of real-life ridiculousness, but I was wrong.  I live in Ottawa, and the events that transpired around Parliament Hill with the trucker convoy over the past month rivals any Hollywood comedy.  I say that while recognizing that there were people who live in downtown Ottawa and who had their daily lives upended by the chaos.  I will go over the elements of the trucker convoy that I believe would make for a great comedic documentary on Netflix that might even eclipse the levels of ridiculous seen on Tiger King.

Welcome to the Tucker Convoy Circus!

I remember watching videos on social media showing a massive convoy of trucks on their way to Ottawa that extended further than the camera could record.  However, when the first Friday of the protest rolled around there were barely any protestors or trucks.  The change that happened overnight can only be compared to a scene you might see in Vampire Diaries where a person turns into a werewolf under a full moon, except when the sun rises the werewolf does not revert back to human form.  When the sun rose Saturday morning, the entire downtown region of Ottawa swelled with hundreds of trucks and thousands of members.  The trucker convoy circus had arrived in Ottawa.

The festivities included a group of Serbian-Canadian truckers from the GTA who made front page news when they decided to blast Serbian music and set up a pig roast while also handing out moonshine to anyone that looked thirsty.  Ottawa should have known it was in a heap of trouble once the Serbian-Canadian truckers started offering a glass of moonshine to every ‘thirsty’ person in sight.

As the crowds grew, organizers began mapping out a homebase, the type you would expect to see in a World of Warcraft game.  However, the purpose of the spaces began to shift.  What began as a play space for children was taken over by adults who wanted to play hockey, with the same sticks they were using to fly the Canadian flag. How dare they fly flags on dirty sticks! But somebody within the trucker convoy must have seen the frowning children because a row of bouncy castles was immediately set up.  From what I could see, there were more bouncy castles around Parliament Hill than any indoor playground in Canada.

There is a saying that nothing good happens at night.  That might explain why the trucker convoy was honking their horns 24/7.  Maybe they wanted to make sure the boogey man did not show up.  By ensuring that the boogey man stayed far away from the trucker convoy, it would allow the group to set up a homemade stage right in front of the Parliament buildings.  The trucker convoy perhaps felt that all three levels of government were scared by their presence, so they decided to offer complimentary music, courtesy of their radios and strategically placed speakers. Some elected officials seemed to enjoy their musical shenanigans, and if it was not for the barricades, I suspect they would have joined any mosh pit that formed.  Everyone likes a good ol’ moshing, right?

The trucker convoy was supposed to come to an end after police were ordered to confiscate fuel supplies from those entering the red zone.  The Ottawa Police Services strategically positioned themselves to be able to confiscate the fueling supplies, but, in typical Canadian fashion, some police officers and members of the trucker convoy decided to hug out their differences instead.

The way the two groups hugged it out would have made you think that these were long lost family members seeing each other after years of being apart.  One police officer was so moved by the connection he made that he decided to open up his car and allowed individuals to take photos inside the police cruiser.  That might be a good side hustle to help fund police forces.  $10 to take a photo for Instagram or $20 to record a video for TikTok.

What piqued my interest about this rainbow-haired supervillain was his love for Disney and the epic message he had left behind for the trucker convoy accompanied with the Frozen theme song, after hacking GiveSendGo.  In a single swoop, the rainbow-haired bandit managed to catch the trucker convoy off guard, and he shared the names of their world-wide financiers for everyone to see.  I can only suspect that the trucker convoy and all of their international supporters really wanted to truck him up, especially after he referred to them as “Hatriots”.

The actions of the rainbow-haired bandit created a vacuum effect. The self-proclaimed “Queen of Canada” had already left the trucker convoy circus in favor of their snow castles in the boonies. The void was quickly filled by other personalities that wanted claim the throne and they combined their brain power to get to the genius idea of becoming a part of government – working in conjunction with elected officials and the Governor General of Canada.  With such a great idea, I was surprised that this group of individuals did not decide to start a think tank and put their combined brain power to greater use.

Before we get to the end, every great story needs to incorporate an element of American culture if it is going to breakthrough into the American markets and the trucker convoy circus is no exception.  Thankfully for this story, the creepy guy with a painted face who was shirtless and wearing a fur hat with horns from the January 6th insurrection in the USA had a distant Canadian cousin in Ottawa.

However, the Canadian shaman wore a black beanie and was fully clothed while half of his face covered in velvet red lipstick.  To fully capitalize on this, a member of the trucker convoy circus should introduce the Canadian shaman to Vogue magazine, or they need explain the difference between face paint and lipstick.

Once the police began closing in on the heart of the occupation, two men got into an inflated hot tub, a scene that is reminiscent of the musicians that continued to play their instruments while the Titanic was sinking.  A few male protestors seemed to think that they could hug it out with the police, dancing towards them half-naked.  Unfortunately for them, the only thing that the police wanted to hold this time around were their batons.  Oh, the irony.

Today the only trace left of the Trucker Convoy is the nasty diesel fumes that seem to occupy the airspace.

Every element of this trucker convoy circus occurred in real life.   The only thing missing here is the story being narrated by Jerry Springer.  However, and on a more serious note, there were elements of this trucker convoy that have no place in Canadian society.  Some of those elements included the desecration of the Canadian flag by spray-painting swastikas on it as well as the burning of a Canadian flag, the flying of flags that are known to represent anti-black racism and anti-immigrant views for hate groups, the damaging of private property particularly if there were visible Pride insignia, and the harassment of residents that chose to wear masks, members of the press, and those in medical uniforms.

There were even media reports that police recovered a loaded gun while searching and clearing the downtown area.  There was also a failed attempt made to set the entrance of a building on fire by two individuals who tried taping the entrance doors shut.  Oddly enough, they identified themselves to a member of the building as members of the trucker convoy. The building’s CCTV cameras captured a clear image of them, and it is only a matter of time before they are identified.

There seems to be a clear trend with societal protests becoming more aggressive and militant in nature.  Although we may think that it is trickling over from the USA, it is a phenomenon that is being seen around the world.  The challenge with trying to understand the dynamics of this protest begins with trying to understand how protests organized in support of First Nation land claims get met with aggressive policing while the trucker convoy gets met with hugs.  Watching that scene unfold highlights the inequalities when it comes to policing and there are valid arguments to be made that the policing system as it stands is systemically designed to favor certain groups over others.

The trucker convoy seems to have been comprised of individuals that came with differing and personal reasons prior to embracing the chaos of group think.  When we look at the situation on an individual level it becomes quite sad.  I watched interviews of people at Parliament Hill who seem to have been delt a hard hand in life and who were shaken to the core by Covid-19.  They included a mom from Western Canada who came to Ottawa to honor the memory of her two sons who had overdosed on drugs during the lockdown, they were recovering from addiction and had jobs pre-Covid-19.

One of her sons left behind a 1-year-old baby, and that child will now grow up without a dad.  There was a young man with a sign that indicated that he was a licensed welder who lost his job, was homeless, and not allowed at shelters because he refused to abandon his dog.  There was also an older man that was out and about trying to convince those on Parliament Hill about a cosmic conspiracy of a shrinking solar system who seemed to be in and out of reality.  All of these situations emphasize the importance of investing in mental health supports as we attempt to transition from Covid-19 because there has taken its toll on Canadians.

This brings me to the conclusion that life is filled with ups and downs but for some people those downs go really low, and it is a struggle to go up.  We never know the struggles, circumstances or situations that people are dealing with.  There is no such thing as “good people on both sides”.  There are only people.  People who are the sum of their life experiences, their environment, and how they were socialized.  For better or for worse. 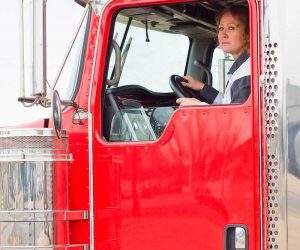 Fly on the Wall—Convoys and Herstory 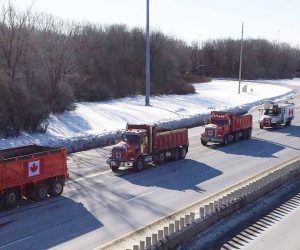