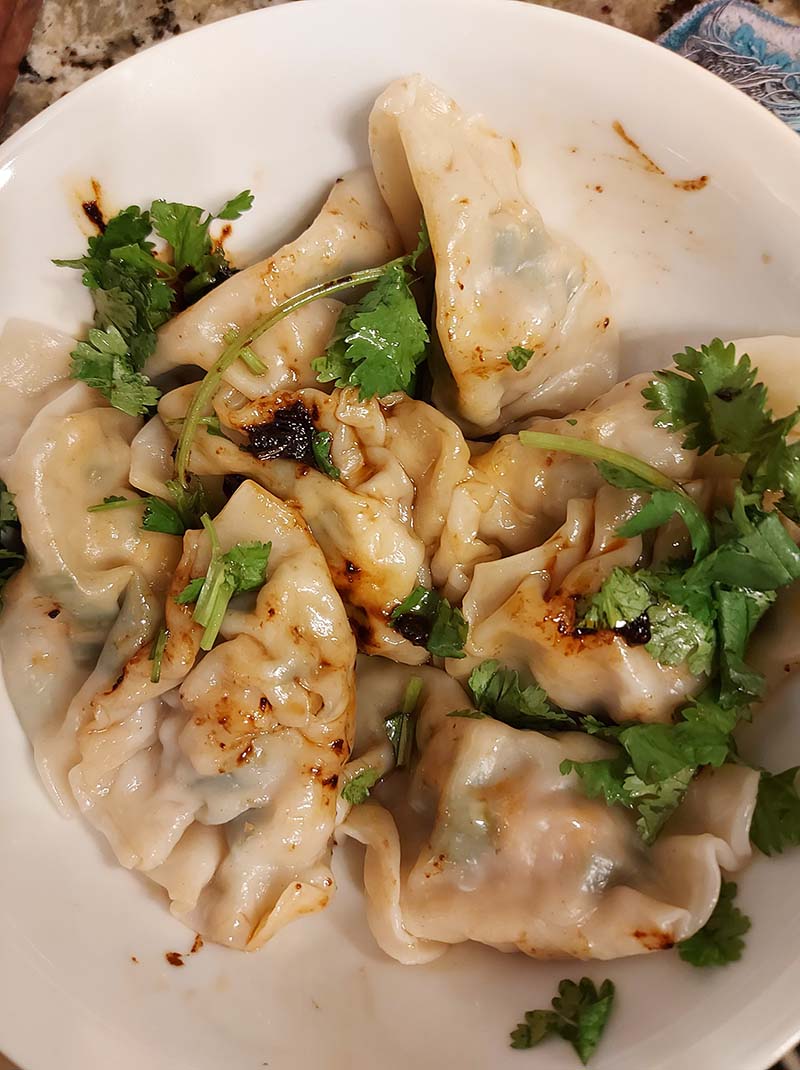 This bowl of dumplings is easy to make and so flavorful

One of my favorite activities is inviting friends and family over to make Chinese soup dumplings.  These are hearty, flavorful, and boast a traditional recipe that has been passed down in the family for generations.  Preparing dumplings is not simply a chore but a family activity.  My entire family would pitch in, chat about school, work, and relationships while wrapping dumplings.  Especially during Chinese New Year, making these is a valued family activity.

While my family insists that they make the exterior shell from scratch, in recent years, with the lack of spare time and business from school and work, I’ve adapted this recipe with a twist.  Many grocery stores (including Wal-mart) and Chinese supermarkets now sell dumpling wrappings.

I’ve found store-bought wonton, dumpling wrappings, and spring roll shells save me so much time and energy when preparing these delicious meals.  In terms of prep time, I can now focus on mixing the right ingredients for the filling and folding the dumplings rather than worrying about how my batter will turn out.  Moreover, preparing the wrappers generally takes another solid hour including the kneading, the cutting and flattening of the wrappers.

The fillings I enjoy the most are very traditional chive and pork fillings.  The chives are fragrant and add a unique flavor to dumplings.  The pairing is a favorite in many Chinese regional cuisines.  I add a third ingredient commonly known as shredded tofu.  They are easily found in many Asian supermarkets.  You may have seen them used in stir-frys and even in your hot-and-sour soup. 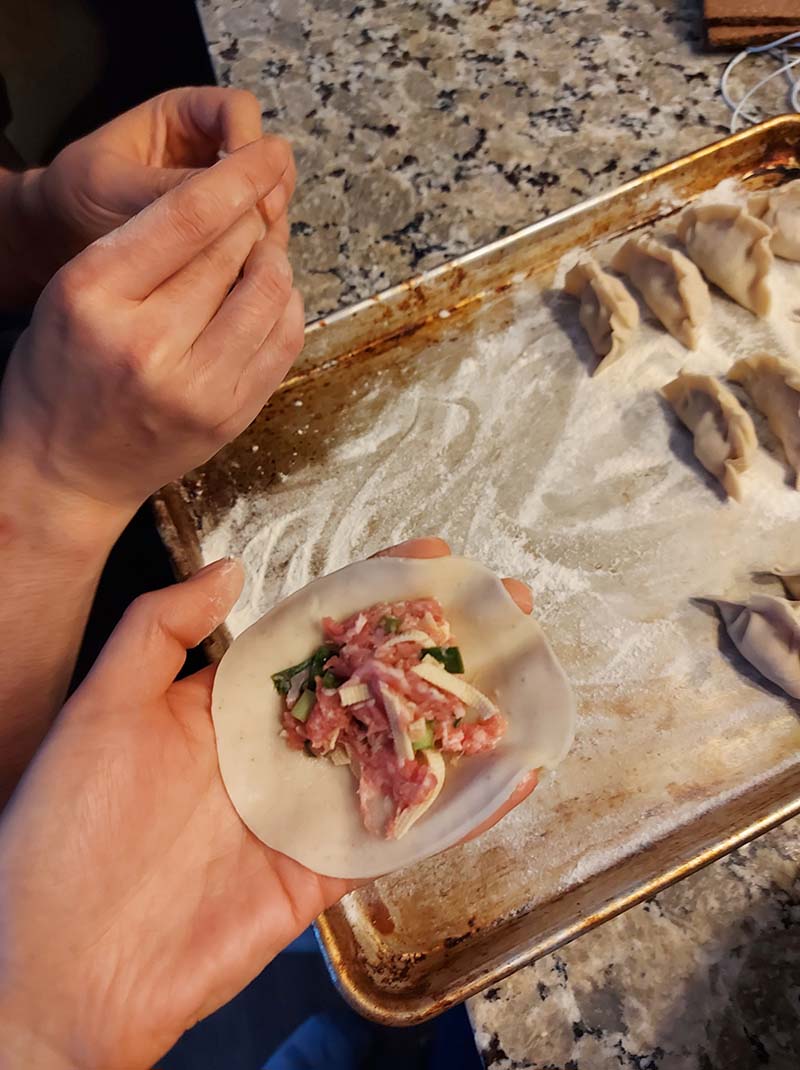 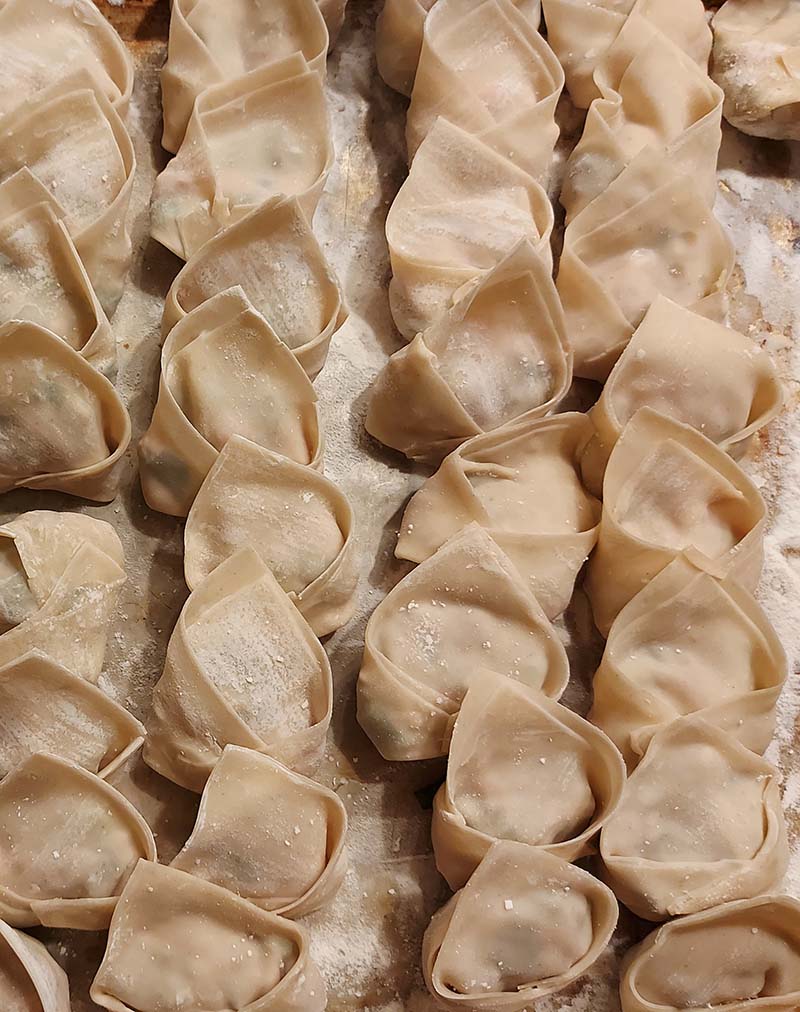 Dumplings lined on a baking sheet separated and powdered with flour to prevent them from sticking to one another.

Mix all ingredients in a larger bowl.  Serve.  Easy. 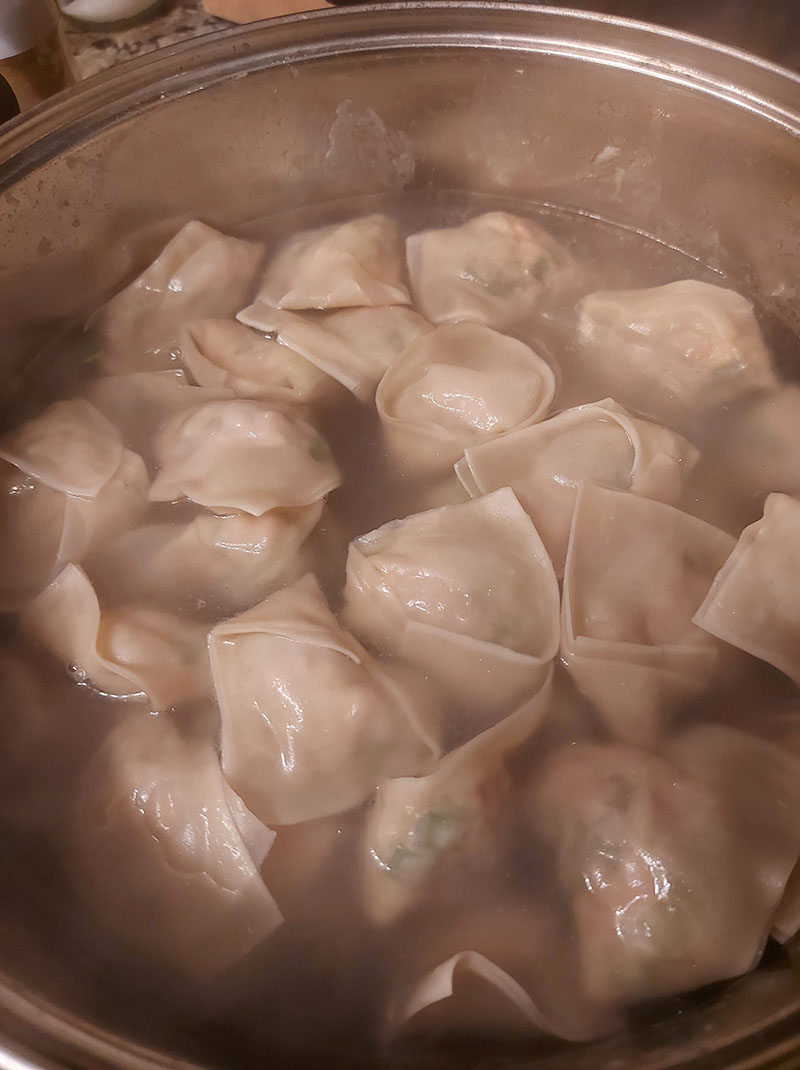 When the dumplings float on the surface like this, it’s time to scoop them out and serve. 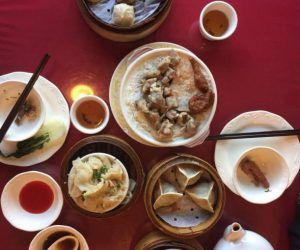