This column serves as an introduction to the works of Fyodor Dostoevsky, a reminder of some of the author’s classics, and as an inspiration for further reading.

Although, this column recently covered 18th and 19th century Russian Literature in general, it is also possible to narrow this large topic down into one of the cannon’s most well-known authors.

Significant works include Crime and Punishment, The Brothers Karamazov, The Idiot,  The Devils (or The Demons), and Notes from Underground.

Other notable works include The House of the Dead, The Gambler, Humiliated and Insulted, The Eternal Husband, Poor Folk, and The Double.

Fans of Dostoevsky can also look into the works of Ivan Turgenev, including Fathers and Sons, as well as Aleksandr Solzhenitsyn, author of One Day in the Life of Ivan Denisovich and Gulag Archipelago. 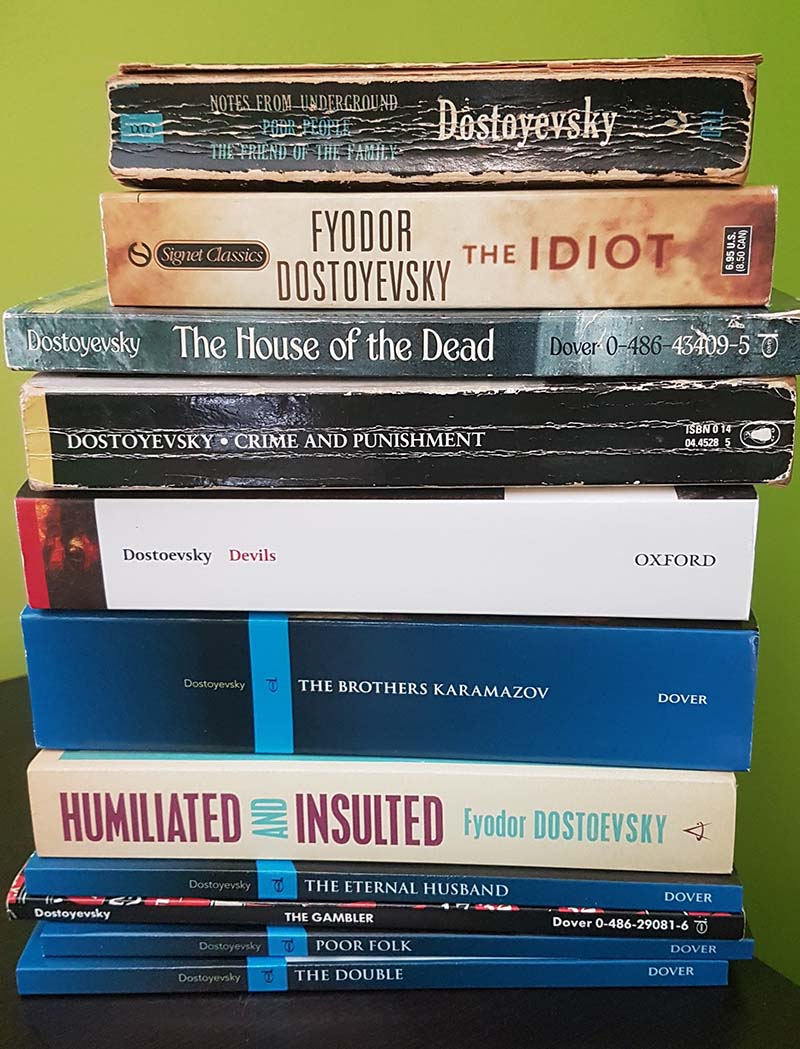 Many of these works take place in the Russian Empire (Imperial Russia), including St. Petersburg.

These works mainly take place in the 19th century.

These texts introduce readers to a variety of themes, including nihilism, faith, poverty, morality, psychology, and philosophy.

In addition, many of Dostoevsky’s novels can be seen as an example of polyphonic novel, “a feature of narrative, which includes a diversity of simultaneous points of view and voices,” a term developed by literary critic Mikhail Bakhtin.

AU’s wide range of diverse courses make it easy to study this topic in depth.  Courses related to Dostoevsky are available in a variety of disciplines, including one’s that may fit into your Degree Works.  (Always check with a counsellor to see if these particular courses fulfill your personal graduation requirements!)

AU students interested in learning more about this topic may consider choosing to analyze the works of Dostoevsky as their major project in ENGL 492: Research and Writing Projects in Literature, a senior-level, three-credit course where learners will “complete an extended research and writing project under the direction of a professor.  The topic for the project will be determined by consultation between the student and the professor.”  (Note that ENGL 211 and ENGL 212 or equivalents are required prerequisites, plus two senior-level English courses, and permission of the professor.)  ENGL 316: Approaches to Literary Theory and Criticism, a senior-level, three-credit course, “designed to familiarize you with a variety of critical perspectives and help you understand literary works more profoundly by integrating literary theory in your response to these works,” may also be of interest.   Happy reading!