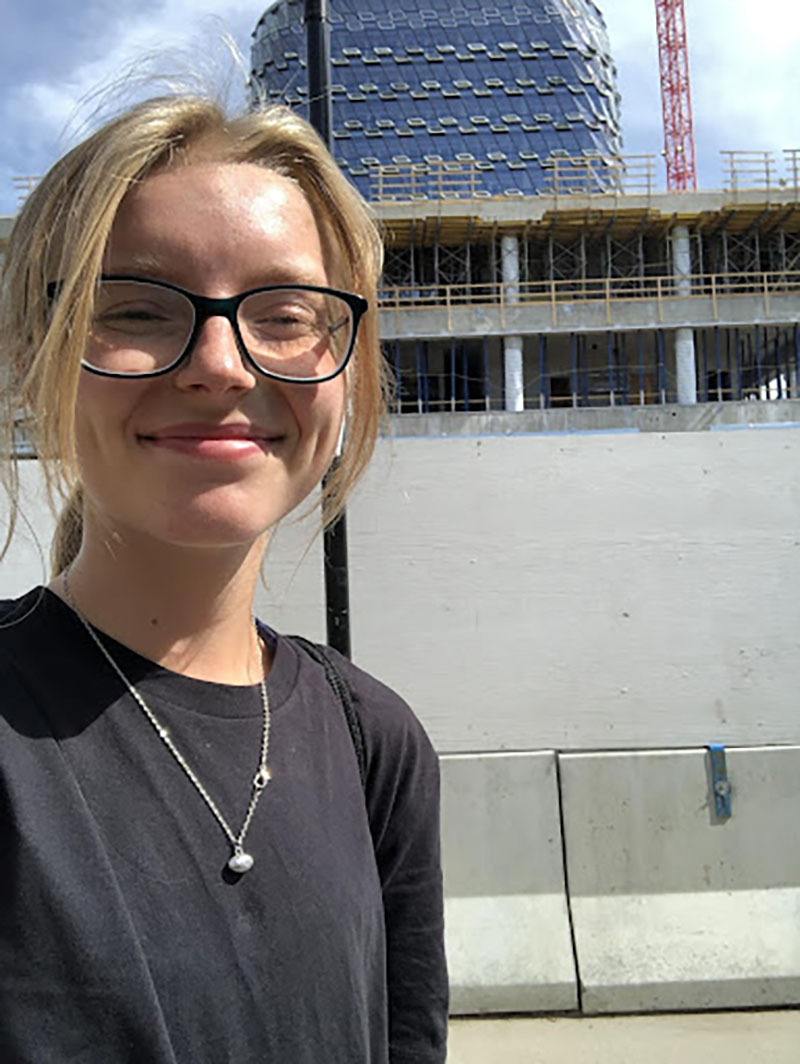 The Voice Magazine recently had a chance to chat with Caleigh Avramenko (they/them), currently residing in Calgary, Alberta, the traditional Treaty 7 territory of the Blackfoot Confederacy (the Siksika, Piikani, and Kainai First Nations), the Tsuut’ina First Nation, the Îyâxe Nakoda First Nation (the Chiniki, Bearspaw, and Wesley First Nations), as well as the Métis Nation of Alberta (Region 3).

Caleigh is “currently [enrolled] in the Human Resources Management major and …  hoping to go into law school at some point after gaining some experience.”  They explained, “It definitely gives me a bigger introduction into how the law works and is applied, as well as establishes the administrative roles necessary.”

On a more personal note, Caleigh stated, “I was actually born and raised in Calgary!  Living here all my life has definitely given me a ton of stability, though I don’t think I’ve ever gotten used to the cold and wind!  If I were to describe myself it would definitely be as part of a community of educators.”

Apart from studying, Caleigh is “a very athletic person,” explaining “Running, climbing, in the summer and fall hikes and swims are definitely also my go to.  Any of the other days I feel a tad lazier I follow the traditional Netflix-binge with naps or a good book.  I’m definitely going to attempt knitting or sewing at some point in the distant future, though.”  Caleigh also finds time to read and watch television despite a busy schedule.  “Funnily enough, even though I’m involved in a philosophy course, I’m reading The Genealogy of Man by Nietzsche for fun.  As for T.V., I’m finally getting around to watching The Office for the first time and rewatching Buffy for the 100th time.”

The Voice Magazine also asked Caleigh about pet peeves.  It turns out it is “people who chew with their mouth open,” which is apparently “one of the worst sounds and experiences.”

When asked who in their life has had the greatest influence on their desire to learn, Caleigh mentioned, “myself,” explaining, “No joke – I’ve always just loved school and consuming information, going to university was a pivotal next step.  I wouldn’t feel like myself if I hadn’t.”

As for their experience with online learning so far?  “It’s definitely a better fit for me from the traditional university learning experience I had before I came to AU.  I tend to like it more as I get to work full time while studying [and] those days I feel extra productive I have an unlimited amount of work to do!  The motivation, when I’m not feeling extra productive, could use a little bit of help though.”

However, like many students, Caleigh did waver about continuing with their schooling, stating, “Moving out and getting a full-time job after separating from my family last year – it definitely became a point of should I/shouldn’t I and questioning if I was capable.  My friends were definitely the biggest drive to get me to push myself to where I needed to go!” 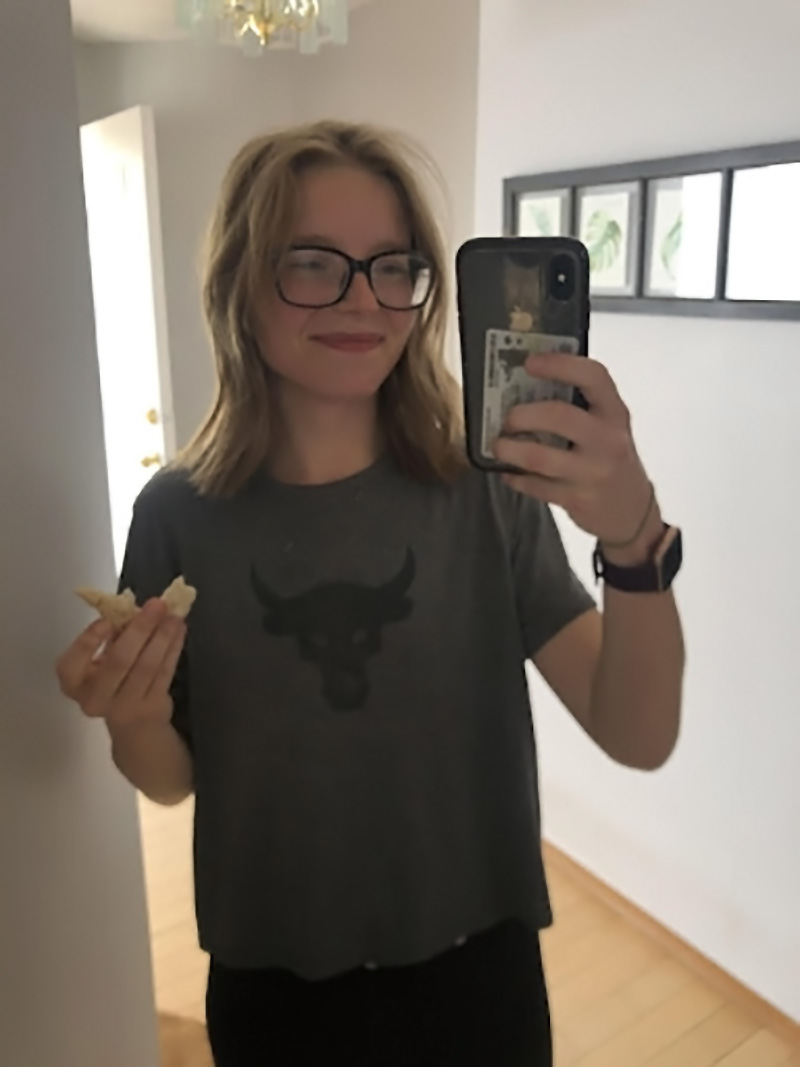 As for communication with course tutors?  Caleigh mentioned, “They’re really good – they go above and beyond to respond to your question while providing more food for thought, plus they tend to get back within the two-day period.”

When asked which famous person, past or present, they would like to have lunch with, and why, Caleigh chose Taylor Swift, admitting, “I am obsessed with her and her music.  I’m definitely one of the weirdos on Twitter speculating about her next new release.”  And the lunch?  “I’m in love with Ethiopian food – definitely some of the best I’ve had.”

As for Caleigh’s most valuable lesson learned in life?  “Anything you mess up, or do “wrong” is always a positive – there’s always a chance to learn and you just found one!”

And the proudest?  “Probably the first A I ever got in Uni – it felt surreal and like any doubts I had about my abilities were disproven – especially since it’s still the hardest class I’ve taken to this day.”  Best of luck Caleigh!