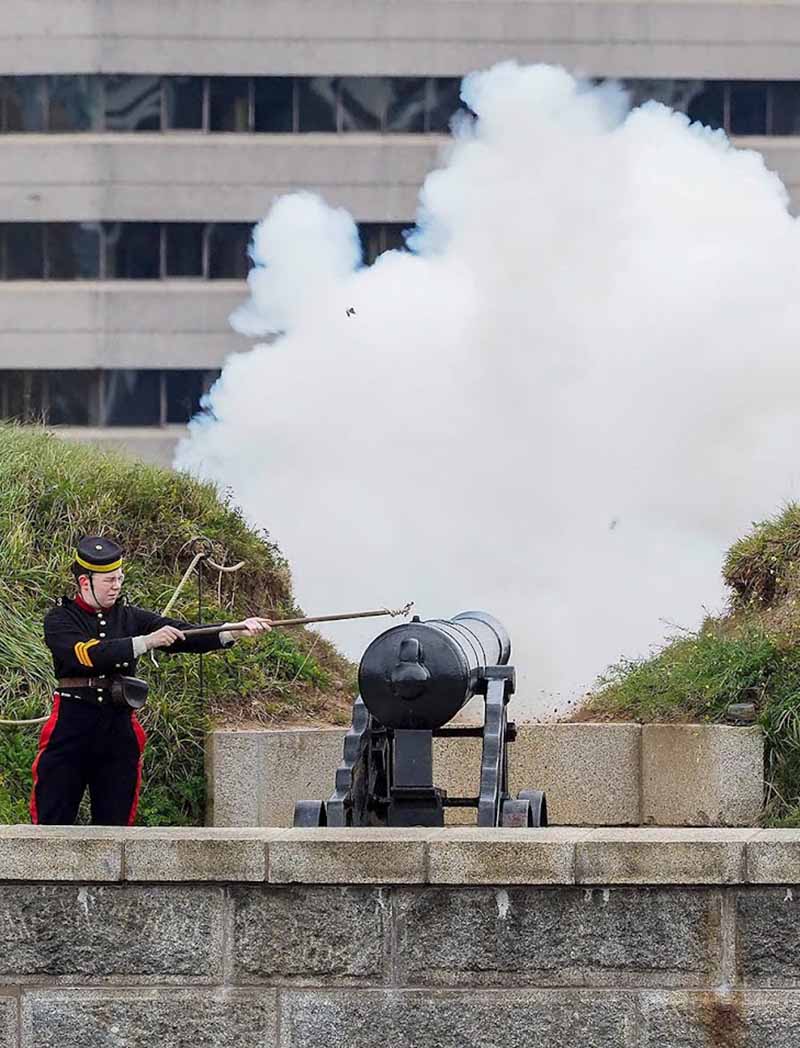 The Voice Magazine recently had the chance to chat with Bronwyn Appleby (she/her) currently residing in rural Nova Scotia, which is in Mi’kma’ki, the ancestral territory of the Mi’kmaq People.

Bronwyn is “a final-year student at AU,” living “in a small rural town in Nova Scotia,” although she is “originally from British Columbia.”  She has recently “completed [her] certificate in Heritage Resources Management at Athabasca [University], and [is] now working on getting [her] Bachelor of Arts in English.”  She stated, “I love working with people, and my practicum project was a small temporary exhibit and I found that so fun.  I hope to have a career in heritage, doing either exhibit building and design or interpretation.  My goal is to work for someone like Parks Canada, but my dream is to work at the Victoria & Albert Museum in the U.K.”

When she is not studying, she like to do “lots of things,” however, “the main things are reading and writing historical romance/adventure stories with a nice cup of tea, historical costuming for the Georgian and Regency eras (about 1740-1820), knitting, listening to classical, swing, and classic rock music, and watching historical dramas with [her] family.”  She continued, “Some of my favorites are the Hornblower and Sharpe series from the 1990s, and the 1995 version of Pride and Prejudice, which I think is the best one.  I also love my work as a military interpreter at the Halifax Citadel National Historic Site during the summer.  This will be my fourth summer there, and I love firing the cannons and rifles as well as showing tourists what an amazing and significant piece of Canadian heritage the Citadel is.  They say if you love your job then you will never work a day in your life, and, so far, that has been true for me!”

Bronwyn also finds time to read and relax with some television.  She stated, “The book I’m reading is The Girl in the Gatehouse by Julie Klassen.  I’ve read most of her books already, and I love them.  I’ve also taken to reading the 1760s play “The Clandestine Marriage” by George Colman.  So far, it’s very funny!  I find it interesting that a comedy written over two hundred years ago is still funny and relevant today.  As for TV, nothing at the moment, but if I had my choice it’d be A&E’s Horatio Hornblower series.  My favorite!  Naval history, my favorite time period, handsome officers—what’s not to like?”

She credits her parents with having the greatest influence on her desire to learn.  She explained, “They homeschooled me right through preschool to when I came to AU, and they always found ways to make learning fun and interesting, not to mention always being there for me when I needed help or was discouraged.”

As for her experience with online learning so far?  “I love being able to work at my own pace, and how my tutors are almost always there to help me out if I need them.  What I don’t like is the increasing use of eBooks.  Ebooks are very hard for me to read, not to mention hard to search for what I want or need.  Give me a nice print book any day!”  In addition, she has “never considered not continuing [her] schooling,” explaining “I think I was talking about university when I was about seven or eight!”

Bronwyn’s most memorable AU course so far has been ENGL 395: “The Early 20th-Century English Novel.”  She explained, “I loved the books, even though I would not have voluntarily read some of them on my own, and I also watched the classic film adaptations of the novels as well.  The stories were great, some of the authors were must-reads (Dickens?  Austen?  Lead me on!), and the time period in which they were written was one of the most formative and rapidly-changing in history, and it was fascinating to see those influences reflected in the novels.”

As for communications with her course tutors?  “For the most part very good; they have been easy to reach and are very helpful and friendly.  However, there have been one or two I wasn’t really able to click with,” she stated.

If she were the new president of AU, her first project would be twofold:  “Either decrease tuition rates as much as possible, work on ensuring that there is always an option when it comes to books vs.  eBooks, or seeing what I could do to add some new courses to the roster.”

Bronwyn also has two minor pet peeves.  She stated, “Either drivers who fail to use their turn signals (it happens surprisingly often here), or incorrect use of apostrophes—this last one drives me nuts!”

When asked which famous person, past or present, she would like to have lunch with, and why, Bronwyn felt that this was a “tough” question.  She debated, “Either the actors Jamie Bamber or Ioan Gruffudd, or Queen Elizabeth.  I’d ask the Queen because she is such an amazing person, very strong and brave and talented, and Jamie and Ioan because they seem like really, really nice men and fascinating conversationalists.”  And the lunch?  “Something simple, but flavorful.  I have a really nice recipe for cooking fish in a Mediterranean style, with sumac and cilantro and garlic.  We’d have rice and a vegetable with it, and a nice Riesling.”

The Voice Magazine also asked Bronwyn about her valuable lesson learned in life.  She stated, “That God is always watching out for me, no matter what I do.  If things are hard, then I know that eventually He will make it better, and if times are good and everything is fine, I have Him to thank for making them so.”

As for her proudest moment in life?  “When I passed my practicum course for Heritage Resources Management last year.  I worked really hard on the project, doing my best to get a professional final product, and I was so happy and proud when I got my final comments from my professor just before Christmas and I could share them with my family.”

The one thing that distinguishes her from most other people is that she “adore[s] sledding.”  She continued, “My sister and I have a great slope in our backyard, and when the conditions are right we take our Krazy Karpets and rocket down the hill, screaming like banshees.  What few people know?  I love wearing historical dress, even if it’s not for a job.  I would love to dress in a certain time period for a month or so, just to see what it would be like.”

As a final thought, Bronwyn mentioned, “I’m so glad that I chose Athabasca University to continue my post-secondary education at.  It has been an amazing and character-building experience, and I will always remember it.  If you’re new to AU, good choice—you’re in the right place.”  Best of luck Bronwyn!