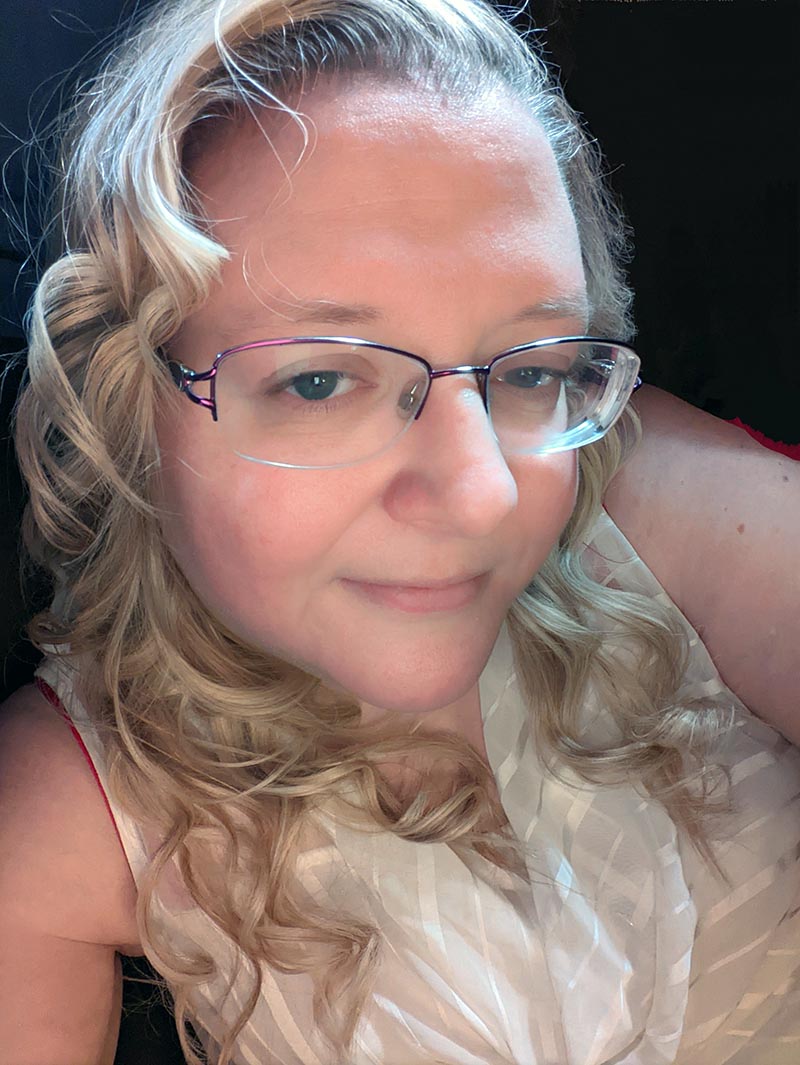 Who are your fellow students? At times, in an online learning environment, it can feel like you are all alone, but across the nation and around the globe, students just like you are also pursuing their Athabasca University (AU) studies!  Each week, The Voice Magazine will be bringing you some of these stories.  If you would like to be featured next, do not hesitate to get in touch!

The Voice Magazine recently had a chance to chat with Shannon Miller (she/her), currently residing in Edmonton, Alberta.  A 41-year old student currently enrolled in a Bachelor of Arts in Psychology, Shannon has goals of “get[ting] into graduate school to become a counsellor.”  She continued, “It is my dream to help people with similar experiences as me.  You see, the reason I’m going to school again so ‘late’ in my life is because I’ve struggled with depression and anxiety most of my life.  I’m finally feeling good, and I want to get out there and help other people.”

Although “born and raised in Edmonton,” Shannon mentioned, “I’m not sure where my family is from, but I learned several years ago that my grandfather on my mother’s side was adopted by an Irish family.  His birth parents were Ukrainian and Polish.”

When she is not studying, Shannon “like[s] to read (Sci-Fi, and self-help), watch TV and movies, go for walks, go swimming, play some video games (The Sims 4), and hang out with friends.” She also finds time to read, currently working on The Time Travelers Wife by Audrey Niffenegger, “a story about a woman who falls in love with a man who can randomly travel through time” and is binge-watching Weeds.

Her “amazing boyfriend” has had the greatest influence on her desire to learn.  She explained, “I cannot imagine being where I am now without him.  We have been together for almost 6 years, and I’m looking forward to many more.  He has been such a huge support, so loving, so caring, and so incredibly positive.”

As for her experience with online learning so far?  “I absolutely love not having to commute far.  I dislike not being able to connect fully with other students.  How do I know there isn’t someone else like me out there?”

However, like many AU students, Shannon did waver at one point about continuing her schooling.  “Before this year I wavered, figuring I couldn’t do it.  I’ve been raised in a negative family, so I gravitate towards that myself.  But lately, I’ve been focusing on being positive and believing in myself.  Years of therapy has certainly helped,” she explained.

As a new student, Shannon does not yet have a most memorable course, but there are definitely courses that she looks forward to.  She stated, “I’m a new student, so I can’t really answer this question, but the course that I’m most excited about is Criminal Justice Sex Crimes.  I want to focus on sexual abuse in my practice, because I’ve been sexually abused in my past and feel no shame, and I would like to guide people into being in the same place as me.”

If she were the new president of AU, Shannon mentioned that although she “think[s] they are doing a wonderful job,” her first project would be to give “the teachers and tutors what they ask for, as they work hard.”

As for her pet peeve?  “I really hate people who don’t respond to texts, like ever.  I understand that people are busy and can’t get back to you right away, but a response would be nice!  Ghosting is cruel.”

When asked which famous person, past or present, that she would have like to have lunch with and why, Shannon chose “Kevin Smith before he had a heart attack and lost a ton of weight.”  She explained, “He was a lot more fun and chattier with his fans back then.  But his work helped me out of a dark place once.”  And the lunch?  “Nowhere vegan.  I would suggest the Olive Garden, as it is my favourite restaurant.”

Shannon’s proudest moment in life has been “when, after thirty-plus years, [she] came out of a depression and decided to go back to school,” explaining “I never thought that I would be here, and sometimes I worry I won’t finish, but I will do the best I can.”  And her most valuable lesson learned in life?  “To never say never.”

As a final note, The Voice Magazine asked Shannon what distinguishes her from most other people.  Shannon let us know:  “I’m an open book, I tell people everything about me, and I don’t think I’m very distinguished from other people.  I mean, my age would distinguish me from other students in this school, but maybe not.  The closest I can think of is my pale skin.  I’m so pale, I make a ghost look sunburned.”  Best of luck Shannon!