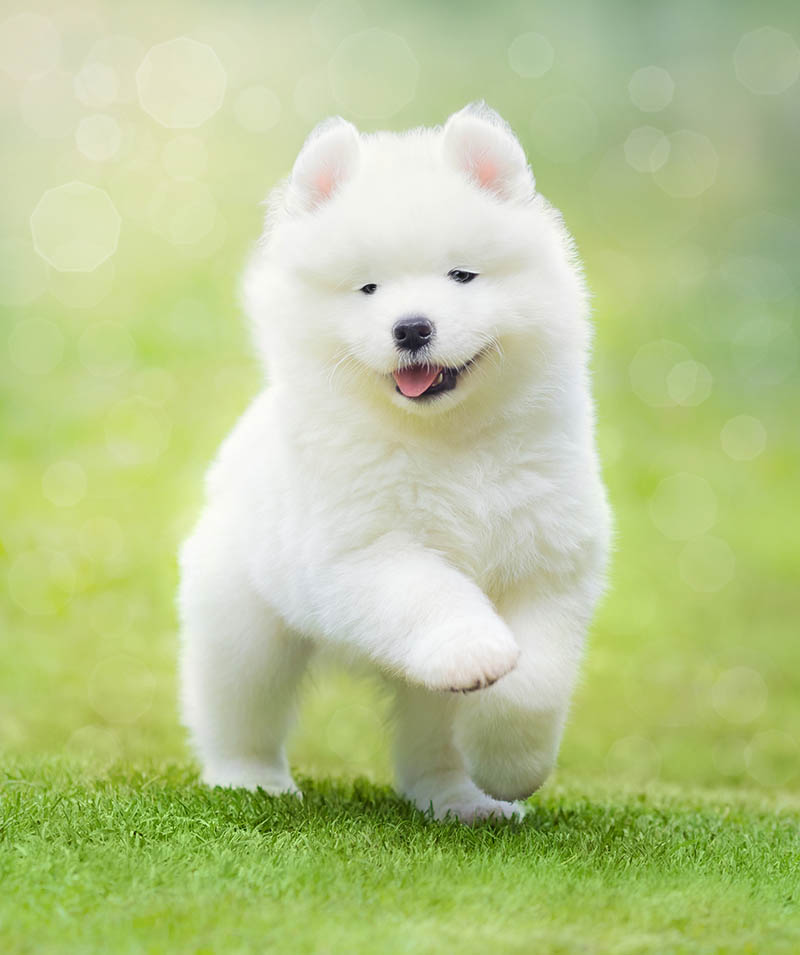 For anyone who follows my monthly Reading Lists, you may have noticed some inconsistency recently.  The reason is because I got a puppy a few months ago!  For all dog owners, if you’ve had a puppy before, it is likely you’ve experienced puppy blues at one point in time, but if you somehow haven’t, you’re absolutely amazing!  For me, I recently experienced some serious puppy blues and new-owner remorse.

Don’t get me wrong, I’ve wanted a dog all my life, but wanted to wait until I finished school, had a job, and maybe some free time.  So, it seemed as though the perfect time to get a puppy was now, even though I still had a lot going on.

I wanted a puppy as a companion and as someone who would go with me for hikes, walks, and to motivate me to exercise regularly—even when I feel like I could sit all day long.  Finally, after many years, my dream came true, as just before Christmas, we got a puppy.

What we got was a three-month-old Samoyed puppy, a breed that I had wanted for over two years.  I knew this breed required lots of brushing and exercise and was not an easy breed to raise, especially as a first-time dog owner.  I researched and asked friends with dogs for all the information about having a puppy.  When the time came, I felt ready for our new friend, however, it wasn’t long before I felt “puppy blues”.

I felt very stressed out as my life became very chaotic.  Some might say it’s because I haven’t experienced having kids yet.  This might be true, but the first week was the toughest, as our cute little puppy had to re-adapt to crate training alone during the night (before he came home, he slept with his brothers), which meant he barked a lot during the night for a few weeks.  During the day, we had a number of potty accidents as we tried to figure out when he wanted to go out and when he didn’t, and figures out that when he got excited or stressed or simply waited too long, he was prone to having an accident.  And although he napped, whenever he woke up, he had to go potty right away otherwise there would be accidents.

As a puppy, he also ate absolutely everything, which meant we had to watch him all day long.  So running errands and leaving the house was no longer a simple task—our little guy was nervous in the car and couldn’t be home alone.  And, of course, our puppy was also teething.  This meant he would bite everything—including us!  It turns out puppy teeth are really sharp and, for those who don’t know, hurt a lot.  He would bite us really hard, and it would be tough to control him sometimes.

Day crate training was another challenge, as he barked non-stop, cried, and whined.  The first month, I asked myself many times how I would survive the coming weeks.  And it didn’t improve much during that time.  Sure, there were good days and bad days.  But sometimes it felt as though the bad days were outweighing the good days.  The second month there were gradual improvements, but very minimal.

With all the constant pressures, it made me constantly wonder if I was ready for a puppy.  I had thought I’d thought it through a lot, but, experiencing it felt completely different.  For weeks, it was a lot of up and down emotions.  The puppy came with lots of responsibilities, and my usual routine, the stuff I used to do easily, became a challenge each day.

Going to get food or simply visiting the store was a challenge as we had to make sure the puppy was in a crate (which wasn’t feasible as he was still working on daytime crate training) or someone was with him because we couldn’t take him to the store.  Hanging out with friends was absolutely not possible as malls and many stores did not allow pets.  I still recall feeling horrible and stressed out that I couldn’t handle him.

On top of this, our little puppy was growing very quick, and his energy exponentially increased as he did.  Short walks or short plays that wore him down before no longer worked.  Many of my friends recommended dog parks, dog daycare, and many places that could wear down his energy.  However, many of these options required him to be a bit older.  With all these challenges, I kept circling around the thought if I could really handle a puppy right now.  Each time we went for short walks, I’d see very obedient and calm dogs and I realized the amount of effort owners put into their dog to achieve such results.

For the next two months, I realized I was constantly regretting my decision.  It made me feel absolutely horrible that I was stressed, and worse that I brought a puppy home not knowing how unprepared I was.  I spoke with friends and family, and everyone reassured me it would improve and become easier with time and lots of training, but it felt like I would never see the light at the end of the tunnel.

A really good friend told me that she genuinely didn’t think that I should give up so easily.  She said it was too early to jump to the conclusion that my puppy wasn’t a good fit.  When she said those words, I realized I expected my puppy to be able to learn everything so quickly, despite simply being a baby.  I really needed to be patient and take things slowly.

We ended up enrolling in puppy classes, had a few friends help us walk, and play with our puppy.  We started looking at dog daycares, asking for help on a Samoyed Facebook page, and now, with it being a more than three months, things have started to come together.

Although our little guy still requires lots of training, I have finally started finding some structure and am able to focus on my daily tasks again.  As we pushed through daytime crate training, our little guy has started to nap according to structure and behaves better.  Also, puppy class helped me burn his energy and work on commands.  We met many Samoyed friends at a local group who shared similar experiences with us.

As I now write this, it’s been almost four months since we got our puppy.  I’m happy that now that most, if not all, of my negative thoughts are almost gone.  Each morning, I look forward to seeing my puppy’s smiling face and I think about him whenever I leave the house without him.  I can’t imagine any more what my life would have been like without him!

For anyone with a young puppy and feeling puppy blues, I just wanted to share my experience and let you know that it is okay to feel this way.  You’re not alone and things will improve.

I can’t say things are perfect now; as things improve new challenges also come.  However, remember that there are so many resources including puppy class, professional dog trainers (although we have not yet used this), and dog daycare that can help you with your puppy.  Don’t give up because it will be so worth it!  For those who are considering a puppy, I would recommend doing your research about the financial commitment (although I did not touch on it much, it is quite expensive—especially the beginning), time commitment, and responsibility of having a dog.

Although dogs improve as they grow up and require less effort than they do as a puppy, they still require lots of time and attention.  Remember that having a puppy and dog isn’t simply about making you and your family happy, we should do everything we can to ensure the puppy/dog is also happy, healthy, proper socialize, and getting the adequate exercise they need.

Karen’s taking her Computing Science degree at AU, learning French, and enjoys going on adventures with her dog!