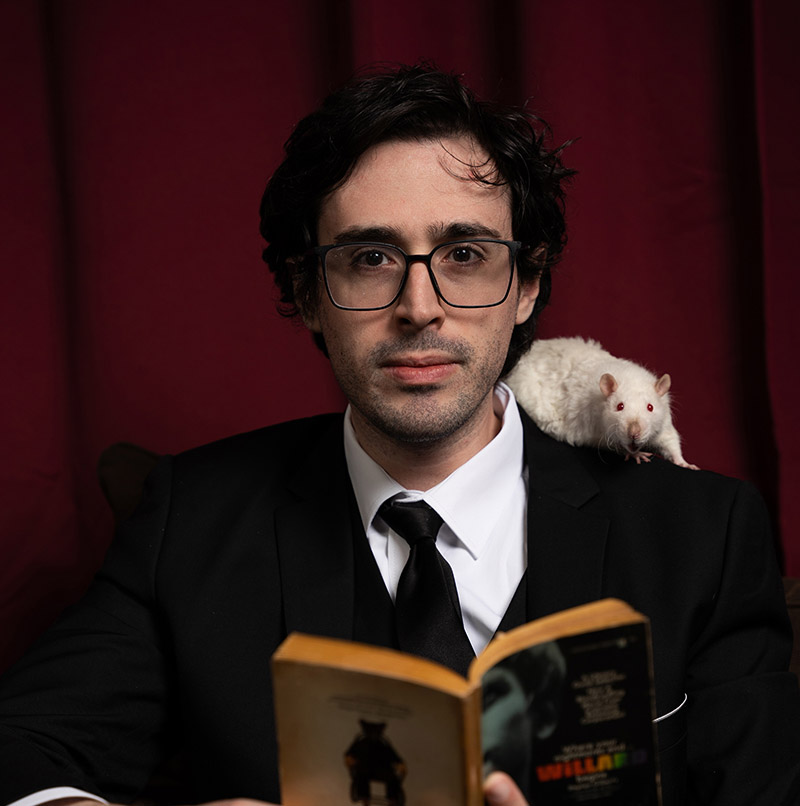 Multimedia artist, Will Wood, will be releasing a new sound project on June 6th.  The sound project comes with an animated video and looks like it will be released on YouTube and perhaps Wood’s patreon, although finding information about Wood and his projects is difficult—it seems that he has a minimal online footprint despite being a multimedia artist.  His online anonymity makes sense, however, considering that this project was “fueled by his disdain for social media and his belief that its negative effect on our mental health is due to a concerted effort by the platforms to destabilize and manipulate users.”

“It’s an absolute tragedy that people have been so thoroughly duped by the idea that social media is “the democratization of media” as opposed to a corporate-owned series of media platforms programmed by hordes of the finest scientific minds on earth with the express purpose of collecting information on you and using it in tandem with highly advanced A.I.  systems to feed you a personalized, custom-tailored string of lies curated for the sole purpose of re-wiring your neurochemistry.  Even the youth counterculture, the group that should be the most critical of corporate influence on culture, refuses to acknowledge that the ideas they find in their echo chambers were picked out for them by the machines, as were the echo chambers themselves, and that no, you cannot ‘educate yourself’ by blindly following what you see on a social media platform.”

The sound project consists of Wood’s signature piano as a backdrop to soundscapes, samples, and the universally known dings and whistles signaling a notification on our phone.  The lyrics are spoken by Canadian voice actress Bev Standing, imitating the “predatory” headlines and suggestions given to us by A.I.’s.  If you don’t know, Bev Standing is the iconic robotic voice behind the TikTok text-to-speech feature.  Standing sued the platform in 2021 for using her voice without her consent, and TikTok has since changed the voice used for the text-to-speech feature, although Standing’s voice can still be heard in previously made videos.

So, while I wouldn’t necessarily call this sound project “music,” it’s certainly interesting.  Wood’s piano is beautiful yet foreboding, like something out of a Tim Burton movie.  The lyrics include cryptic messages such as, “three warning signs you might be right about everything your worst instincts tell you,” “your friends are all here, in easily digestible parts—funny, how you all have so much in common,” and “the revolution begins here, with our free service.”  All of this is occurring over an animation of electronic sheep being modified on a manufacturing line controlled by robots.

Overall, “You Liked This (Okay Computer!) is pretty cool.  As someone who isn’t on social media at all and tries to practice digital minimalism as much as possible, I connect with many of Wood’s sentiments.  Even if you don’t necessarily agree with his opinions, I think his project is worth the watch, and hopefully generates some important discussions.