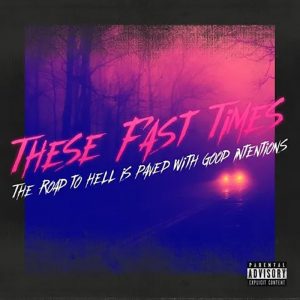 Artist: These Fast Times
Album: The Road to Hell is Paved with Good Intentions

Montreal’s punk rock band, These Fast Times, have released their EP, The Road to Hell is Paved with Good Intentions—tackling issues such as “substance abuse, mental illness, relationships and hard life choices.” The album is available anywhere you get your music.

These Fast Times describes themselves as “formed from the ashes of multiple bad decisions, misspent youth and a unified-need to cause a major ruckus at any given time.” The band consists of Jeffrey Vuorela on vocals and guitar, Jason Bellefontaine on bass and vocals, Thomas Kolofsky as lead guitar, and Ryan Kennedy on drums.

The Road to Hell is Paved with Good Intentions has six tracks: White Lies; Sweaty Eyes; Empty Cup; Little Red Tent; Wanted Dead; and The Disconnect. The songs “Empty Cup” and “The Disconnect” have music videos on YouTube.

These Fast Times reminds me of 90’s punk bands like Blink-182, Green Day, and Sum 41. The first track on the album, “White Lies” is reminiscent of Rise Against or A Day To Remember. It’s short, clocking in at only 1:47, but it’s my favourite song on the album—it’s acoustic, heartfelt, and sneaks in several references to the rest of the album. The next song, “Sweaty Eyes” kicks off the fast-paced punk vibe of the rest of the album. “Empty Cup” reminds me of my favourite Blink-182 song, “Adam’s Song.” It focuses on the theme of mental health, with lyrics like “self sabotage I think I deserve/When there’s no help down the line/Clinging to what makes me feel fine/And now this empty cup/Can’t fill me up.” A sad, but necessary song, I think it’s something that many listeners will be able to relate to.

The music video for “The Disconnect” features the band driving in a minivan—Carpool Karaoke style—acting silly, singing, and playing their instruments. This is cut with close-ups of each band member using various props in what appears to be a dark basement. I love this music video. It’s fun, high-energy, and shows that These Fast Times has a sense of humour. I love when punk or heavy metal bands don’t take themselves too seriously—no need to be “hardcore” all the time! The music video for “Empty Cup” is certainly more serious. The band keeps it simple and really showcases their music with this one, featuring only continuous footage of the band playing in a blue-lit room.

My only (very small) complaint about the album is that the lyrics of the songs aren’t posted under the YouTube videos, however they are available when I streamed via Apple Music.

Overall, I really enjoyed The Road to Hell is Paved with Good Intentions. 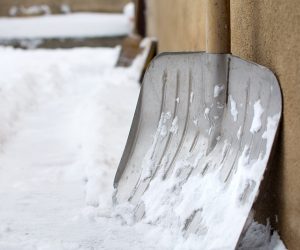