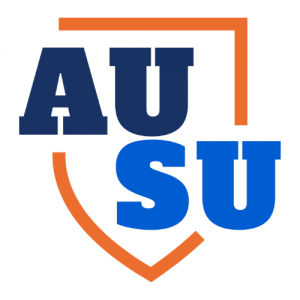 The meeting was called to order at 6:32 pm MST.  Executive Director Jodi Campbell was announced as the accessibility officer.  President Karen Fletcher read the land acknowledgement: “Athabasca University Students’ Union respectfully acknowledges that we are on and work on the traditional lands of the Indigenous Peoples (Inuit, First Nations, Métis) of Canada.  We also recognize that our student members span across the lands we now know as Canada and abroad, and we acknowledge and celebrate these Indigenous histories, languages, and cultures.  As an organization, AUSU is committed to decolonization, reconciliation, and conciliation efforts, acknowledging that there is much to unlearn.  AUSU will continuously strive to build equitable relationships with Indigenous learners at AU, as well as Indigenous members and staff within AUSU, advocate with and for Indigenous learners through consultation, and create spaces that are inclusive, respectful, and equitable.”  All expected participants were present.  The previous meeting’s minutes and the current’s agenda were unanimously approved.

Lorie Tran was unanimously reappointed to the Member Engagement and Communications Committee as the student-at-large voting member.  Mr.  Campbell said, “I’d just like to mention that Lori is a returning member.  She’ll be super excited to come back.”

Vevangapi Katjamana was also unanimously reappointed to the Equity, Diversity, and Inclusion Committee as the student-at-large voting member.  President Fletcher pointed out that Ms. Katjamana is returning to this committee again from the previous year.  “She has been fantastically engaged in helping with Black History month and podcasts.”

Governance and Advocacy Coordinator Duncan Wojtaszek said, “There are still up to 2 student-at-large positions to be filled.  Those will be advertised as per policy and also to gain interest.  Those will come back to Council for approval, and if dozens of people apply and the Executive Committee puts forward multiple names, you might have to make a decision between competing interests.”  President Fletcher added, “The process is that we put our Councillors on committees, then returning members who want to come back, and then we fill other spots.”

Vice-President Finance and Administration (VPFA) Dur-E-Najaf Syed reported that the SU’s policy on email voting had changed.  Point 2.16.18 was removed because it was considered redundant.  This point read as follows: “A summary of AUSU council email motions will be made available via the AUSU website, social media, or any other medium deemed appropriate no more than three calendar days after an email motion is passed.  Committee email motions will be made public if they are brought before council.”  President Fletcher clarified, “The point of 2.16.18 is really just making sure we’re being transparent and making people aware of what’s going on.  Social media has evolved, and it would be weird to be like, ‘Hey Instagram, we had an email vote about such and such.’  That’s just not how people communicate.  All the motions that are ratified by the Council are in our formal minutes, which are available.  So we thought this would be a better practice to just leave it in the minutes.”

Director Campbell added, “You pretty much nailed it Karen.  Communicating through social media or other deemed communication channels is only as good as the number of followers you have.  If we’re only pushing it out to a few hundred people or a thousand people, that’s not really serving the entire student body.  Relevancy was definitely part of the conversation.”

Someone in the chat was curious to know, “What is ratification?”

Coordinator Wojtaszek answered, “It means the decision, the motion, comes back to the Council.  When they vote on it, it would be a question of whether or not the relevant process was followed.  That being said, if you were opposed to the motion as it originally came via email, there would certainly be nothing saying you now have to vote in favour of it.  It would come to the attention of our student body the same way any motion that gets put before the Council does.  We don’t do a lot of ratifications or email votes; the business of the day is typically dispensed with the day it happens.”

President Fletcher said, “I think in my time there has been one email vote, and it was urgent.  In the email voting process, if someone says they really want it to go to a Council meeting, that’s what we do.  This means essentially nothing super contentious will happen through email voting.”

President Fletcher reiterated in her report that there was no faculty strike in April, which she said everyone was thrilled about.  At the end of the month, AUSU met with the counterparts of other SUs in Alberta which was beneficial in terms of strategic planning and advocacy in the next year.  The Council of Alberta University Students (CAUS) elected a President and Vice President.  Last year, the government committed to a number of millions of dollars to study how sexual violence impacts students.  President Fletcher said, “We’ve really been a voice in making sure they know they can’t just include things that happen on campus, because if that happens it’s going to affect the person’s studies no matter where it occurred.  Something that happens to you like that affects your whole life.  Policies affecting survivors have to really look at their whole life; it’s not just the parts of their life that are closer to that assault.”

For her report, VPFA Syed mentioned that she got access to her accounts on April 23, and she spent 7 or 8 days transitioning into her new role.

Director Campbell said, “Obviously this last number of weeks has been dedicated to onboarding the new team.  Najaf (VPFA Syed) and [Vice President External and Indigenous Circle Representative] Trish [Godoy-Contois] have been doing a great job getting up to speed on so many topics.  The other thing I want to highlight is our upcoming Awards Committee meeting, which determines the awards given for the May cycle.  We received 183 applications.  I want to give a virtual high five to Jamie Mulder, our administrative assistant.  She receives, compiles, categorizes, and qualifies the applications, then turning them into a spreadsheet which allows the Committee to make selections in a really clean, efficient way.  She deserves all the credit for this.  She doesn’t attend the meetings, but I will give her virtual thanks.”

Vice President Community and Wellness (VPCW) Natalia Iwanek said, “I’d like to recognize Najaf and Trish for all the work they’ve been doing.  It’s not easy coming into a team that’s already working.  You’ve both been absolutely incredible.  We’ve thrown so many things at you, such as meetings.  It’s a huge learning curve.  I also want to add that the work Jodi and Duncan have been doing on accessibility is fantastic.  Anyone who will need it in the future will be very happy.”

President Fletcher said, “I want to thank everyone who has flagged problematic courses over the past year.  We put these into a spreadsheet which is helpful to have going into General Faculty Committee meetings.  I know [Councillor] Amber [McDuffe] has flagged a number of complaints people have had on Facebook.  I think all of this will make a big difference when the University is working on course revisions.  I also want to thank Duncan for making the Executive Committee retreat work with some people attending in person and others remotely.”

VPFA Syed said, “I want to give a shoutout to the Awards and Finance Committee members.  The Awards Committee hasn’t had a meeting yet, but we started getting applications in about a week after we were all assigned to our new roles.  Karen and Natalia, you’ve made it really easy to become comfortable in my new role.  There’s a lot of stuff involved in being an Executive Councillor, and they’ve helped so much.  I hope that helps if you guys are thinking about running.”

Managing Editor of the Voice Magazine Karl Low was curious about which committee Ms. Syed attended that she had said was fun.  “I was on a Student Academic Appeals committee.  So, I can’t really say much about it, but yeah, it was fun.”

The meeting ended at 7:07 pm.  The next meeting will be at 6:30 pm MST on June 16, 2022.   Please email governance@ausu.org if you would like more information on the Council or how to attend the next meeting.