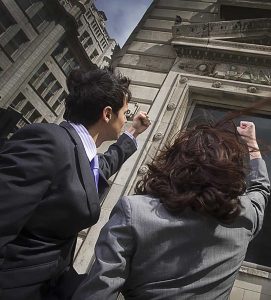 Why do some laws get brought into effect over others? What type of thinking is involved when decision-makers are deciding whether or not to support substantive policy changes? Are there any limitations to bringing about legislative changes? These are just some of the questions that people might ask themselves when trying to understand how the laws of land come about.  The go-to term used in academic circles is “political will” and it does a good job in generalizing the change-making process.

What is Political Will?

Although the term “political will” can be vague and fuzzy, it is generally understood to represent the desire of legislators to undertake actions to achieve a set of objectives and to sustain the costs of those actions over time.

Every year we get tragic stories of the lives lost as a result of substance-impaired driving.  It is so bad in Canada that the U.S.  Centers for Disease Control published a report that ranked Canada first among wealthy nations for percentage of roadway deaths linked to alcohol impairment.  More Canadians were dying each year due to impaired driving than homicides.  It has been like this for quite some time now.

Organizations like MADD have been pivotal in changing the language used around crashes which are the result of substance-impaired driving.  They argue these are not accidents and there should be zero-tolerance policies in place for driving under the influence of any substance.  The right to live supersedes another person’s right to drive impaired.

User-Friendly Environments in the Fight Against Addiction

The Province of British Colombia recently announced that they planned to decriminalize the small possession of hard drugs.  It was the first of its kind policy in Canada and one that changes the context in which we interact with individuals struggling with substance use.  The province’s legislative assembly realized that harsh consequences, punishments, and shame were not having their desired affect on people struggling with addiction and they decided they needed to do something different.

So, what is holding back the rest of Canada from following suit? Again, many people are strongly in favor of creating the conditions required for those struggling with addiction to overcome their illness.  But for many, they do not accept that this can involve allowing people to engage in the addictive behavior.  Not unless they have personally seen the impact addiction has on someone.  And for many people, dealing with this is simply not that important, as it’s not something that affects them.

Despite the government of Canada having estimated in the 2012 Canadian Alcohol and Drug Use Monitoring Survey that 20% of Canada’s population met the criteria for a substance use disorder, there still exists a denial and stigma around the topic.  Having to convince the vast majority of people that a legislative change is necessary to help a small minority can be a daunting task.

Being uncomfortable about an individual’s decision to take part in substance use is understandable.  The health impacts of various substances are scary.  However, using personal feelings to justify being against the user-friendly environments that have shown to be effective in the fight against addiction is not okay.

Jack.org is a Canadian non-profit organization that has been a major advocate for comprehensive mental health care.  They have been vocal about the status quo and how at any given time one in five children is suffering from a diagnosable mental health disorder.  Many of these children suffer alone because they and their parents lack the information they need, and it results in only one out of three getting treatment.  In Ontario, access to mental health care is not covered under the provincial health insurance plan and it often requires out-of-pocket expenses.

The challenge to passing legislation that includes mental health care coverage under the provincial health insurance plan has to do with money.  And yet the costs of doing nothing far outweigh what it takes to jump-start access to mental health care supports.

Poverty is, arguably, the single largest determinant of health and so poverty and health are inseparably linked.  For families that are unable to afford access for mental health care services, individuals struggling with mental health challenges will suffer significant challenges—including struggling with school or work, addiction, or even finding themselves on the far side of the law.  Having access to mental health care supports can be the difference between identifying underlying causes and preventing a lifetime of negative health outcomes.

The World Health Organization has signalled the alarm stating that the biggest threat facing adolescents has to do with mental health and wellbeing, and Canada is not immune.  Life has value and we can not cheap out on people.

Back in 2021 I had the opportunity to participate in an executive education program that focused on the idea of creating public value and the various components involved in being able to bring about lasting impacts.  The term “creating public value” was first coined by Harvard Kennedy School Professor Dr.  Mark Moore.  The term itself is a concept that focuses on practical reasoning and finding various ways in which we can bring about positive changes across society.

The previous examples of issues that were identified as requiring legislative actions but lacking political will are legitimate issues with support behind them, and all that is required is minor legislative changes.  British Columbia showed it could be done.  If they could activate the federal branch of government responsible for the criminal code, and then use that to follow through with legislative changes that can change how society interacts with individuals struggling with substance use, then so can others.

Leveraging Activism to Create Public Will

Activism can also serve as a spark that creates political will because activism has long been a way of activating the public will that often drives change.  However, today’s version of ‘pop activism’ detracts from bringing about lasting impacts as it deviates from building narratives that embrace the necessary values to create political will to the expression of rage or over-the-top characterizations.

Bringing about legislative change often requires navigating a political system that can be exhausting and requires a great deal of persistence.  For this, building a narrative of interconnectedness between people across all lines of difference is a must.  There are key fundamental values that should connect us all, like the idea of helping people when we are in a position to do so, and the idea of leaving nobody behind.  These should be the key drivers behind our actions.

Creating political will by activating public will does not require any sort of self-compromise, but the way in which ideas are delivered can be the difference between them gaining mainstream support or being rejected.  The challenge to that is much of popular opinion would have people believe that it is uncool to treat people with respect and that disrespecting others is acceptable if they disagree with you.

Proving people wrong is a lot harder than proving people right.  Live your values, but always start from a point of respect, open-mindedness, and tolerance.