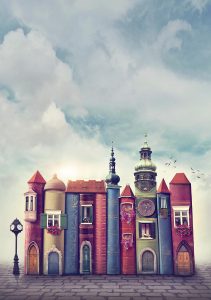 This column serves as an introduction to Argentine and Chilean Literature and Poetry, a reminder of some of the region’s classics, and as an inspiration for further reading.

Readers may also be interested in Allende’s Of Love and Shadows (De Amor y de Sombra).

These works are primarily set throughout Argentina and Chile.

These books take place during the 21st century.

The novels may be of interest to learners who would like read a bit more about Argentine and Chilean history, the Latin American Boom years, magic realism, Metaphysics, as well as themes and topics, such as love, family, and revolution.

AU’s wide range of diverse courses make it easy to study this topic in depth.  Courses related to Argentine and Chilean Literature and Poetry are available in a variety of disciplines, including one’s that may fit into your Degree Works. (Always check with a counsellor to see if these particular courses fulfill your personal graduation requirements!)

AU students interested in learning more about this topic may consider ENGL 458: The Latin American Novel, a senior-level, three-credit course, which focuses “on fiction and memoir written in the context of history, politics, culture, identity, and genre,” and includes novels, such as Aira’s How I Became a Nun.  (Note that ENGL 211: Prose Forms and ENGL 212: Poetry and Plays are prerequisites for this course, while ENGL 345: American Literature II and ENGL 361: Literature of the Harlem Renaissance are recommended.)

In addition, students may be interested in PHIL 255: Introduction to Philosophy: Ethics and Society, a junior-level, three-credit course, which introduces learners to “philosophy by exploring and analyzing leading ethical theories and the application of those theories to matters of social concern.”  (There are no prerequisites for this course.)

Finally, students may also be interested in GLST 210: A History of the World in the Twentieth Century: II, a senior-level, three-credit course, which covers “the major economic, political, social, scientific, and technological developments in post–Second World War history.”  (No prerequisites are required for this course.)  Happy reading!