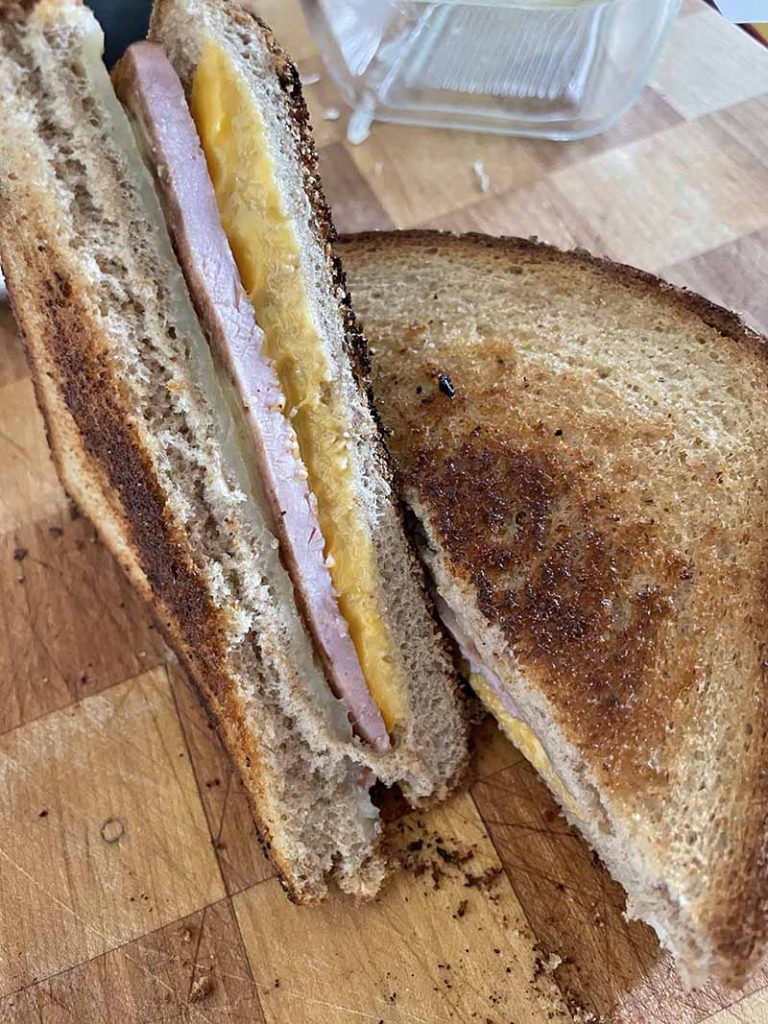 I don’t throw GOAT around carelessly; I equally do not use the term lightly.  Greatest Of All Time should mean something.  This sandwich is a step up from others, so make sure you warn your tastebuds, because you’re in for a ride! An ordinary grilled cheese is a staple in our house, but this week I had some extra ham in the fridge from a previous meal.  I was looking for some lunch and decided to make myself a Croque Monsieur, which is a grilled cheese with the addition of ham and sometimes has a bechamel sauce or shredded cheese melted on top.  I don’t add the cheese or sauce, I think it’s just as good without.

Croque Monsieur comes from France.  It was meant as a quick snack for busy patrons and was typically served in French cafes or bars.  Roughly translated it means bite mister, why? I couldn’t tell you.  I find the French name things strangely, not that English is any better.  Take pineapple for example.  Most of the world uses some variation of ananas, but no the English, we say pineapple.  It neither looks nor tastes lie an apple, and it only roughly resembles a pinecone.  But I digress.

If we equally look at the history of the grilled cheese, we can see how it was perhaps stolen from the French.  Stolen?  Repatriated might be a better term.  If you remove the ham then you are left with toast and cheese, hence a grilled cheese.  But the good old USA took it a step further and started using American processed cheese.

In my opinion (and I’m being a hypocrite here) American cheese or processed cheese is so close to plastic that I cannot figure out why it is so popular.  As I said, though, I’m a hypocrite, because we always have processed cheese in our house, and there is good reason.  As much as I love using real cheese slices, there is too much fat in them and it leaks out of the sandwich, equally for burgers and the other sandwiches I use it in.   There is also the cost, where I can buy processed cheese for much cheaper than real cheese and my kids are just as happy, if not happier with the processed cheese.  That’s on me, I introduced them to it, but if we’re being honest, they would have come across it somewhere.  So, I would be fighting a losing battle.

For my greatest of all time grilled cheese I took a recipe for grilled cheese I used to see at a restaurant I worked at.  I can’t recall which one, but I know they had an adult grilled cheese which had mozzarella and cheddar.  To step it up I added a slice of ham with Dijon mustard.  If you’re not a fan then any hot mustard would work, and you’d rather use plain mustard then I guess you could.  It won’t be the same, and I’ll cry, but go ahead.  This is a simple sandwich to make, so let’s see how to do it. 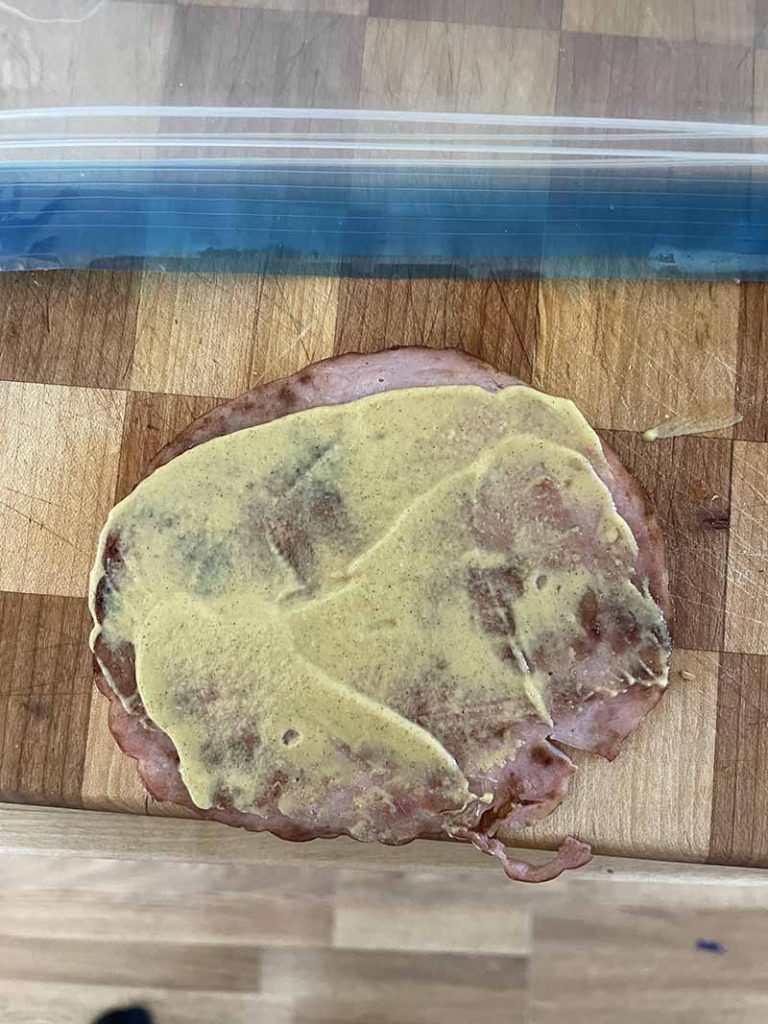