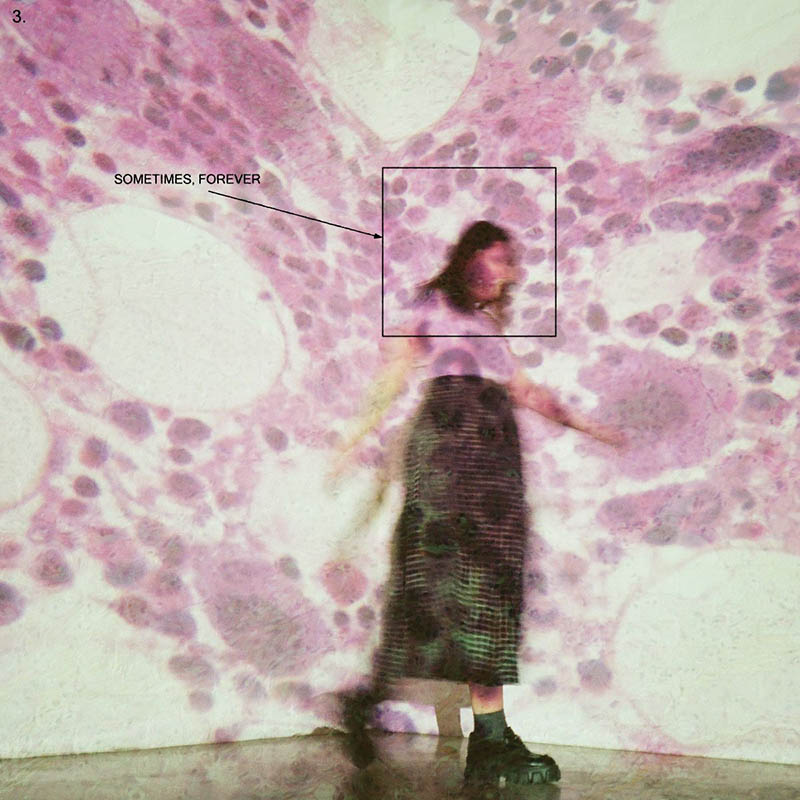 Sometimes, Forever is a combination of 90’s alternative rock, electronic breakdowns, pop hooks, new wave, and country.  It is the epitome of Gen Z pop culture, reminiscent of Billy Eilish.  According to Sophie, Sometimes, Forever fixates on those sorts of contradictory forces: desire and apathy, ecstasy and misery, good and evil, self-control and wildness.  Of the album, Sophie says: “the title,  Sometimes, Forever,  refers to the idea that both good and bad feelings are cyclical.  Sorrow and emptiness will pass, but they will always come back around as will joy.  At some point you’re forced to say, I’ll just have to take both.”

The album consists of ten tracks: Bones; With U; Unholy Affliction; Shotgun; newdemo; Darkness Forever; Don’t Ask Me; Fire In The Driveway; Following Eyes; Feel It All The Time; and Still.  Official music videos for the songs “Bones” and “Shotgun” are available on YouTube.

A quick note for my fellow nerds: the YouTube audios of the songs that do not have an official music video feature videos of Sophie as an image on various Magic The Gathering cards.  The numbers for power/toughness on her cards are actually the track numbers out of 11.  I thought this was so cute and creative!

But I digress.  Back to the music.

One of the things I love most about this album is that the songs are all so different.  The first track, “Bones” is a classic soft rock song straight out of a 90’s romcom.  With lyrics like, “I wanna scream when you don’t look at me,” I think it’s something all of us can relate to.  Meanwhile, “Unholy Affliction” has the undertones of the Hereditary soundtrack—unsettling yet intriguing.  According to Sophie, this song foregrounds one of Sometimes, Forever’s more compelling narrative tensions: the push and pull between her desire to make meaningful art and her skepticism about the mechanics of careerism.

The song “newdemo” was Sylvia Plath inspired—slow and pensive, reflecting a sad cynicism of our society.  With Sophie’s stunning voice being front-and-center, “newdemo” is probably my favourite song on the album.  With the recent overturn of Roe vs. Wade in America, the lyrics of this song may touch your soul.  Some of the lyrics to “newdemo” read: “And the men up on the hill/Are playing their cards like it’s all for thrills/But what about us/We’re playing for blood/And we’re playing for keeps.” Meanwhile, the song “Following Eyes” is like a horror movie in song form; contrasted by the light, airy, ethereal-country sound of “Fire In The Driveway.” A true testament to the versatility and talent of Soccer Mommy.

Overall, I thought Sometimes, Forever was an amazing album.