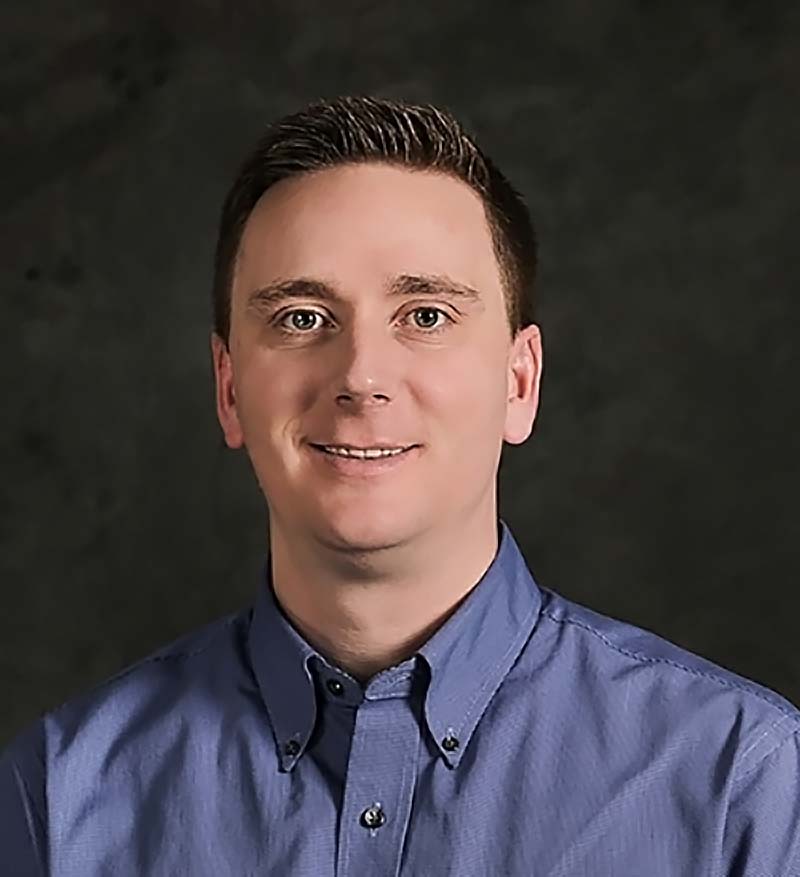 The Voice Magazine recently had a chance to chat with James Purdy (he/him) from Calgary, Alberta, currently enrolled in the Bachelor of Commerce program.

On a personal note, James was “born and raised in Calgary, Alberta, to Irish immigrant parents who escaped The Troubles of Northern Ireland in the late 70s to find a better life for their children.”  He explained that the family “moved around a little bit throughout the city and ended up in Chestermere,  just east of Calgary for high school.”  Currently, James is “living in south-east Calgary with [his] wife and two children, explaining, “I have been working for a fortune 100 company since 2015 in a management role while I try to find a work/life/school balance.”

Like many AU students, James is a lifelong learner.  “Back in 2004 I graduated from SAIT in Calgary with an associate degree in business administration and decided that was enough for me at the time.  It wasn’t until 2015 that I decided I wanted to get my bachelor’s degree and I found Athabasca had some great options that were going to work with what I was looking for.  I first enrolled in the Bachelor of Management program (3 year) and graduated in 2021.  Once graduated I flipped that into enrolling in the Bachelor of Commerce program where I currently am.  I expect to graduate in the spring of 2023 with an eye on the MBA program right after that.   I am not sure what I will do once I finish my post-secondary education.  I have found that I enjoy learning and I hope to leverage the skills I have learned into a promotion at work,” he stated.

He credited his wife as having the greatest influence on his desire to learn.  “She has two degrees from the University of Saskatchewan, I want to get two degrees and an MBA so that if we disagree, I can say that I am smarter than her (tongue in cheek of course!)  That, and I want to develop business skills so I can take on more responsibility and make more money”

When asked for how he best studies, James stated, “Routine!”  He continued, “I found early on (with the support of my family) that a routine schedule of three nights a week works best for me.  My wife puts the kids to bed on these nights, which helps me get some uninterrupted work in.  I also travel a lot for work so when I am in hotels, I find I can get a lot done.  That and some motivation with peanut butter M&M’s help.”

As for advice for potential students?  “Besides how hard this was going to be?  My advice to new/prospective students is to keep with it because it is worth it.  You are looking and enrolled for a reason when you started, and you need to keep that thought alive.  I got some advice a while ago from a mentor of mine that taught me about hard work.  When we can face a challenge and complete difficult tasks, it makes us better at what we do.  That has always stuck with me.  If you can do hard things now, just imagine what you will be capable of after you graduate.”

When not studying, James likes to spend time with family when he’s not working on school.  He continued, “Kids grow up so fast that it’s important to be engaged as much as possible.  If I do get some free time to myself, I like to cycle.  My favorite ride is highway 1A from Banff to Castle Junction.  It’s a beautiful ride that just seems to melt the stress away for me.”

He also let The Voice Magazine know about a particular book that has made an impact on his life, namely The Endurance by Caroline Alexander.  “It is a nonfiction book about the explorer Sir Ernest Shackleton and his crew as they try to become the first explorers to cross Antarctica on foot in 1921.  It describes friendship, preservice, and most of all how to survive through significant adversity when your back is up against the wall, he explained.”

As for his experience with online learning so far?  “I like this question a lot and I could probably write a full essay on it.  So far, it has been the challenge of independent learning and the experiences that I have made along the way.  It has been difficult at times, but I have been able to keep my head up and move forward no matter what University has thrown at me.  What I like is the pace at which I have been able to work on my degree and slowly work towards its completion.  I believe I share the same dislike as most at any university: why it takes so long to mark assignments and tests!”

His most memorable course has been ACCT 335: Cost Analysis, although, unfortunately, his experience was not positive.  “This course is hard, poorly set up, and I hate accounting.  Kind of a triple threat for me.  It’s the only class I have ever looked at and thought that the bare minimum of 50% will be acceptable for me just so I can get through it,” he explained.

As for communications with course tutors?  “I feel most tutors want to engage and help.  The issue at hand is how long it takes to engage with them.  I am not a patient person, so I need to talk to someone right away, but I don’t have the luxury of waiting, so, more often than not, I am using YouTube to figure something out.”

When asked what he would do as the new president of AU, James stated, “I would be doubling down on the online format with online lectures.  This is being done at other major universities across North America and it seems to be the way online learning is going post-covid.  There is so much opportunity to have uploaded lectures for classes that can help with learning.  I see this as the biggest opportunity for AU.  That and faster access to tutors would be a benefit.  There is so much knowledge to gain from them, but it can take too long to get connected.”

On a final note, James added that “[t]his year [he] had the pleasure of competing for AU with three like-minded students in the Alberta CPA challenge and the Alberta Deans Business Case Challenge – winning the Dean’s business case!”  He continued, “I ended up getting 3 credits at the 400 level and a nice chunk of prize money for winning as well.  I can’t believe more people don’t sign up for this as it looks great on a resume and the opportunity to network and test your knowledge was such a fantastic experience.”

At times, in an online learning environment, it can feel like you are all alone, but across the nation and around the globe, students just like you are also pursuing their Athabasca University (AU) studies!  Each week, The Voice Magazine will be bringing you some of these stories.  If you would like to be featured next, do not hesitate to get in touch!