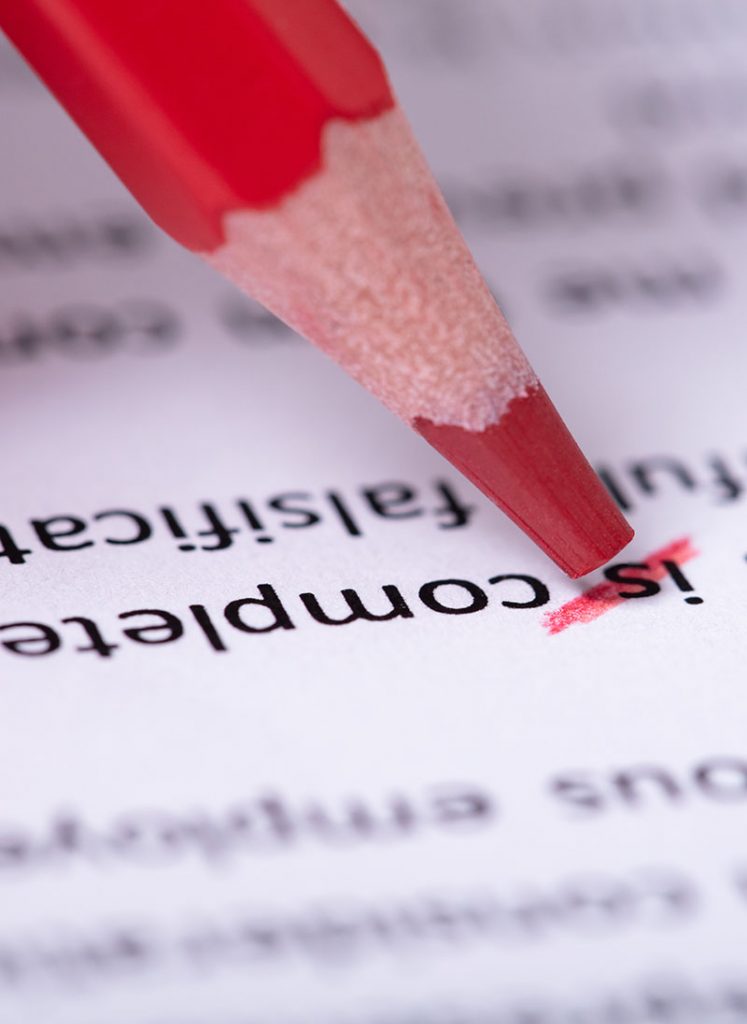 Your edits to your essay are critical to achieving an A+ grade.  Many professors will not give A’s if the paper has spelling or grammatical errors, so the key to getting A’s is to hand in polished documents.

With that said, here are ways to edit for an error-free paper.

Allot ample time for editing your paper.  Give yourself a minimum of ten days to edit your essay.  For instance, after you write your essay, spend at least three days reading it and marking errors in structure, grammar, or spelling.  Emphasize getting the format correct at this stage, ensuring everything is in a logical sequence.

After that, put the paper aside for another three days to get a fresh look at it.  Edit again.  Then wait two days before re-editing.  And then edit again on the next day.  Two days before you hand it in, do a final check.  It should be polished at this stage, but if it isn’t, make the edits and recheck it.  Keep making edits and checking until you go through the paper at least twice, spotting no errors.

Get A Second Opinion.  If you can afford it, subscribe to an editing service like Grammarly or Scribendi or something else you can find with a quick search on the web.  Essays need to be flawless to get an A+, and your best chance of achieving this is through extensive self-editing coupled with another set of eyes, either real or machine, taking a look.  I use Grammarly and its interface allows you to upload your essay and choose editing features for academics, after which instant recommendations will be made.  These recommendations include spelling and grammar corrections.  In the process, you’ll hopefully learn how to self-correct errors you have been unaware of.

Print out your essay.  Printing your paper offers an easier way to spot errors and make ink edits.  For instance, you can number all your paragraphs in ink and put brackets around a section with the words “Move to after paragraph number eight.” Use ink for structural, grammatical, and spelling errors.  Once you’ve inked up your paper, make the changes on your computer.

Read your essay aloud.  This is an excellent means of ensuring your piece has flow or rhythm.  If you find a tongue twister, rewrite the sentence, so it doesn’t sound so choppy.  If you run out of breath while reading a sentence, this means the sentence is too long and needs a pause.

Keep paragraphs short.  Aim to have three to five sentences per paragraph.  If the sentences exceed this amount, find a logical place to break them up with a paragraph indent.

Use variations of words.  Try not to have the same word reappear too often in a paragraph.  In other words, vary it.  For instance, don’t say “Also” three sentences in a row.  Instead, vary it with “Also,” “As well,” and “Additionally.” Common words like “and” and “the” are okay to repeat.

Don’t get obfuscated.  Try not to use technical jargon or long words to show your language ability.  Instead, aim for clarity.  If the big word adds clarity (making your sentence easier to understand), use it.  Also, if a big word is more concise than two smaller ones, then opt for the big word.

Aim for an active voice.  Avoid the “be” verb: to be, are, is, were, was, etcetera if the verb makes the sentence passive.  A passive voice has a subject that does not perform the action.  An example of a passive voice is “Jill was hugged.” The actor who did the hugging is missing.  An active voice would say, “Jack hugged Jill.”

With that said, it’s okay to use a “be” verb if it links to an adjective, but substituting the “be” verb for a punchier verb works best.

Ensure your title and introduction are catchy.  A catchy title and introduction can be a play on words, best achieved with an idiom such as “The sky is the limit” for a math paper on infinite limits.  Buy a book on idioms to get a head start on this strategy.  You can then begin your essay with a shocking statistic, a surprising quote, a compelling anecdote (story), a thought-provoking question, or some other unexpected element.

But prioritize a logical sequence of arguments, of course.

Support your citations.  Make sure every claim you express can be supported by your sources.  And make sure all your citations are correctly done according to your assigned style guide, such as APA, MLA, Chicago Manual of Style, and so forth.   (For each class, you’ll be assigned a style guide or given a choice of style guides.)

Ensure you have ideally three citations for every paragraph.  Each argument might take at least one paragraph, sometimes multiple paragraphs.  Each paragraph should ideally have three citations to support or build on its claim.  You can get away with two citations, but three builds a stronger argument.

So, suppose a paragraph has only one citation.  In that case, your role in editing should be to search the library system for research articles on that specific topic.  Then find, within those articles, at least one other citation to add mass to that paragraph.

Consider Avoiding “I.” Instead of injecting yourself into the paper with words such as “I believe” or “I say,” distance yourself.  In other words, say instead “It can be argued that,” or, “It can be said that.” But be sure to support these claims with citations from the literature.  However, pay attention to the guidelines of your class or professor for this, as it is becoming more accepted to use the personal pronouns, especially where it allows you to avoid more wordy passive constructions.

Now you have some guidelines for editing your essay.  But for this to truly work, you’ll need to start researching your paper as soon as possible, on the first day it’s assigned ideally.  If you don’t have ten days to do edits, then do multiple edits over several days.  And to get you’re A+, never opt to start your paper the night before it’s due.

The Creative Spark! – Pit Bull with a Perm