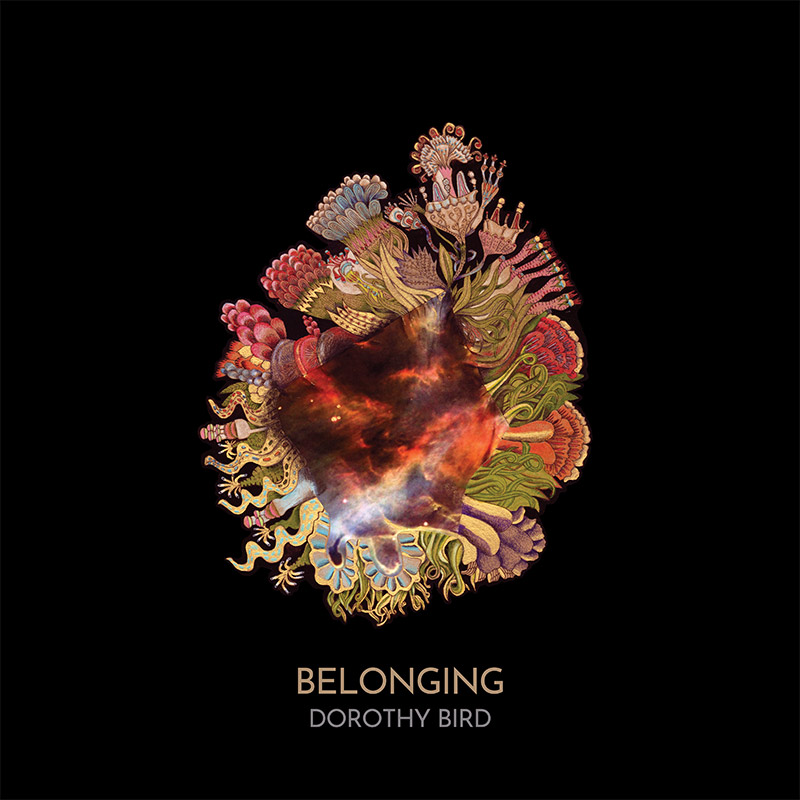 U.K.  artist Dorothy Bird has released her new album, Belonging.  The album is available anywhere you get your music.

Belonging is an alternative-pop concept album that dives into personal development—the music, lyrics and artwork are based on the idea that seemingly opposing and unconnected things are in mutual exchange and ultimately belong together.  The album represents this idea by combining acoustic strings and guitars with synthesizers, electric guitars, and drum machines.  According to Dorothy, the album is very personal but contains themes that everyone will recognize, exploring human experiences such as letting go, uprooting, liberation, change, and ultimately the longing for an inner and outer belonging.

The album features Dorothy on piano and synthesizer, Jon Lawton on all guitars and electronic beats, Berlin musician Natasha Jaffe on cello, and British musician Amy Chalmers with string arrangements and playing all violins.

Of the album, Dorothy says, “We are part of a larger context in all our personal developments.  Individual issues are often universal, we are not alone in this.”

I’ll start by saying that I absolutely love the cover art for Belonging.  It combines elements of the galaxy and nature, in what appears to be the shape of a human heart against a pitch-black backdrop.  It’s beautiful, mystical, elegant, and perfectly represents and ties together the themes of the album.

The album opens with an instrumental song, “Galaxy.” It’s a short and sweet introduction with a beautifully haunting melody.  The title track, “Belonging,” is a slow, sad piano ballad that feels like a gut-punch in the best possible way, with lyrics like, “there’s no place that I can call home/there’s no place that I belong.”

With the exception of “Kaleidoscope,” another beautiful ballad (with violins this time), the rest of the album is full of haunting, other-worldly synth sounds, combined with Dorothy’s dark, weighty vocals.  The final track, “Change” adds in a powerful, sharp electric guitar.  Although the guitar contrasts so much with the synthesizer and violins, it works.

I’ve been watching a lot of Stranger Things lately, and I was struck by how much Belonging sounded like it could fit right in on the track list for the show.  The song “Running Up That Hill (Make A Deal With God)” by Kate Bush is essentially the theme song of the fourth season, and thanks to going viral on TikTok, the song has been propelled into the spotlight again.  If you don’t know, Kate Bush essentially pioneered the use of the Fairlight synthesizer in the eighties, on top of having an absolutely surreal, ethereal voice.  I think Dorothy sounds so much like Kate Bush, in both her overall sound and her singing voice.

Overall, I really enjoyed Belonging.  Dorothy Bird has a gorgeous voice and some serious musical talent.

Women You Should Know – Dorothy Day