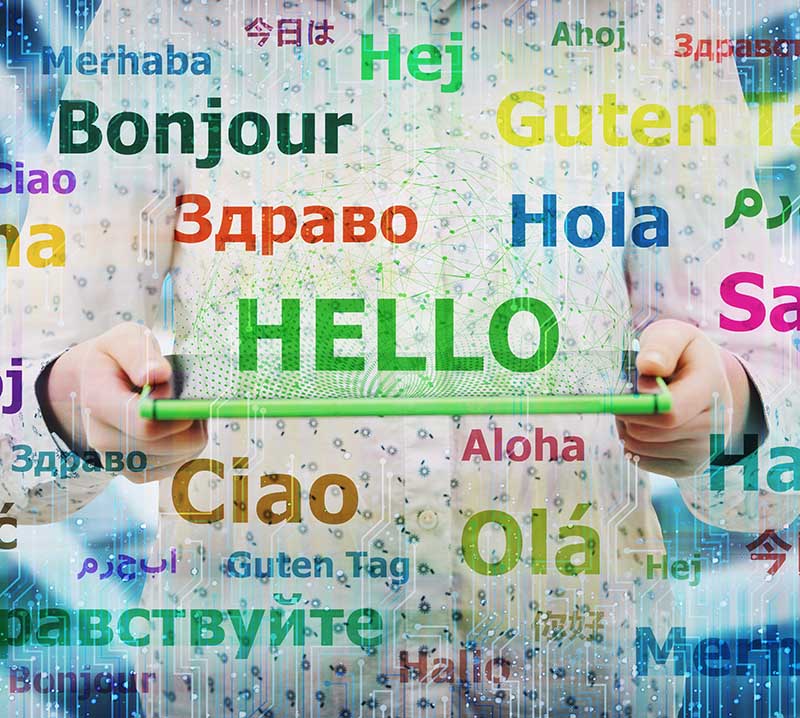 Learning a new language—at home or abroad—is a privilege that often requires ample time set aside for study, not to mention financial stability.  This is something many newcomers and immigrants, my own family included, are not often afforded.  However, during my years as a young settler, my learning curve was not as steep.  Children possess a sense of ease and spontaneity when learning languages, as opposed to being overwhelmed by complex grammar rules or feeling any sort of shame for making errors.

I was fluent in three languages simultaneously before the age of seven, and this multi-lingual upbringing left me with a lifelong fascination with languages, idioms, regionalisms, and quirks that make each language so unique.  As a result, I approach languages with a deep respect, understanding how difficult they are to learn, and how inextricably they are tied to history, culture, and often, struggle.

Despite this fluency, I am not a talented polyglot.  In fact, I am quite the opposite; in my later years, I have found learning additional languages confusing, challenging, and labour-intensive.  They also require two crucial aspects that escape me to this day—the ability to speak without inhibition and, most importantly, to laugh at the inevitable, and often mortifying, errors.

Like most of those living in Canada, I studied French throughout my early school years and well into my university studies, however, I never achieved fluency.  Instead, I was drawn to Spanish, slowly teaching myself through language textbooks and dictionaries.

Fifteen years ago, armed with what I believed to be a sufficient vocabulary of common nouns, adjectives, and a few popular phrases and questions, I found myself crossing the border from Costa Rica and continuing onto the mountains of northern Nicaragua, where I became woefully aware that my language skills were lacking, to say the least.

Several months later, I began formal studies with private lessons in San Salvador, El Salvador.  However, my turning point was relocating to Buenos Aires, Argentina for several months, and enrolling in formal Spanish classes, where I truly began to form coherent sentences.  I began private lessons once again in the western highland town of Quetzaltenango, Guatemala, or as it is known locally, Xela.

During travel, the one thing that has helped me most is attempting to navigate unfamiliar spaces—taking local transit, including buses, camionetas, picops, micros, tuk tuks, boats, and ferries, and all the transit variations you will find throughout Central and South America.

During my months in Xela, private instruction, as well as a local homestay, helped me progress a great deal.  In addition were intercambios, which are language exchanges that take place in parks, in cafes, and in restaurants.  In this reciprocal agreement, participants chat in Spanish before switching to a conversation in another language, whether it be English, French, or even Ukrainian.

I found stepping out of one’s comfort zone helpful, which could include joining a sports team or a dance class.  For myself, stepping out of my comfort zone meant hospitalizations abroad, something that, hopefully, can be avoided by most travellers.  However, the wonderful care provided, and the time spent immersed in a Spanish-language environment, allowed me to come away whole and with an impressive medical vocabulary.

Tips While at Home

Although my journey to fluency was admittedly aided by travelling and moving abroad, this option is not feasible for many individuals, whether due to economic issues, as result of their passport power, or because of ongoing pandemic restrictions.  For those who cannot travel often, those who can only travel for finite amounts of times, and for those not able to travel, it is still very possible to learn a language in your home country.

My top recommendation is to find the above-mentioned intercambios, or language exchanges, in your local city or online.  Private and group lessons are also likely available in your own home country.  Many Central and South America schools now offer lessons through Zoom and other online platforms.  Language apps can also be used, although I do not personally find them too helpful at more advanced levels.  However, they are great for beginners.

University classes are incredibly helpful.  Here at AU, six SPAN courses are offered, ranging from SPAN 200: Introductory Spanish I all the way to SPAN 400: Advanced Spanish Grammar I.  On a personal note, I have taken many SPAN courses at AU and would highly recommend them.

For especially confident learners and those who complete advanced courses, consider taking a Spanish language proficiency test, such as DELE or SIELE.  Various proficiency levels are available.  These tests are available in major Canadian cities at set times during the year, as well as globally.

Other forms of immersion include cultural activities, music, literature, and television shows.  Telenovelas, comedies, and dramas are easy to follow, including those who would like to hear the various accents throughout the mountains and coasts of Colombia, or southern, central, and northern Mexico.  In addition, I would recommend Guatemalan author Miguel Ángel Asturias for more advanced readers, Colombian author and journalist Gabriel García Márquez for medium to advanced readers, and Spanish translations of Brazilian writer Paulo Coelho for beginners.  (Some of these novels are read in their English translations in ENGL 458: The Latin American Novel.)

My final tip is not to get discouraged.  With each new course and with each new conversation, you will find yourself gaining increasing fluency.  With each trip to a new country, a new region, or a new city, your comprehension will improve.  Your skills will ebb and flow; you will stagnate, you will regress, and then, when you least expect it, you will speak with confidence and clarity.