Articles
The Voice
The Commercial Downfall of Cryptocurrency. 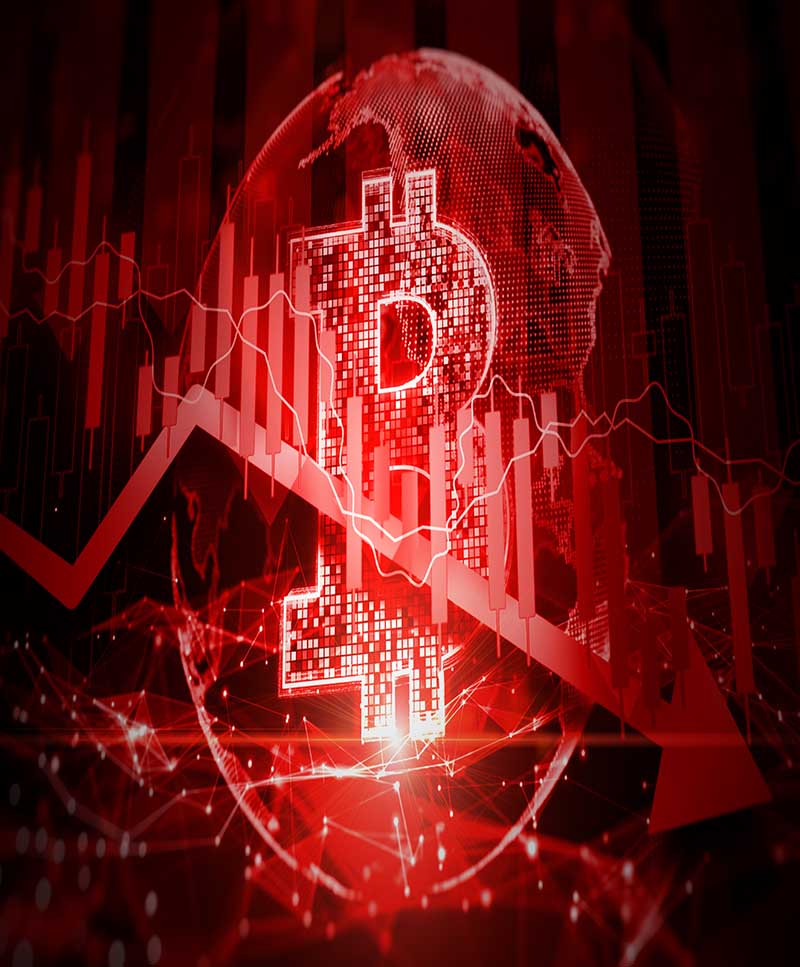 On January 3rd, 2009, something known as Bitcoin came to be.  Back then, nobody outside of the gaming or pc community knew what this weird digital coin was, nor could they wrap their head around how it worked.  If you wanted to get your hands on some Bitcoin you could buy it through this service called Coinpal, not to be confused with today’s crypto exchange, which processed its payments for Bitcoin through PayPal.  However, something between the two businesses went south because PayPal ended up terminating their partnership agreement, but it only temporarily impacted the internet community’s ability to get their hands on Bitcoin because other exchanges popped up.  These exchanges made sure to mask their transactions so that they could avoid any appearance of questionable financial activity since it appeared that Bitcoin was being used for nefarious purposes.

A trip down memory lane

My first introduction to Bitcoin was in December of 2008, one month before it launched.  I remember that day very vividly.  I was in grade 12, it was the last class of the day, global economics, and our teacher was Mr. D.  It was Seb who introduced me to Bitcoin, my global economics classmate, who I had also attended summer camps with at Canterbury Community Centre while we were both in elementary school.  I got the gist of what Seb was saying and after looking over some discussion boards, I knew that there was something to it.  The way people gamed online was changing.  Both Microsoft and Sony gaming consoles had their own “digital currencies” that you could buy to top up your gaming account, and it seemed like Bitcoin could serve as the universal digital currency for all things gaming.

The funniest part of this story is that I remember Mr. D telling us his story about how when he was entering university, he had realized that some commodities were significantly undervalued like silver and cooper.  So, Mr.  D went to his teachers and told them about this “discovery”, but they disregarded what he was saying.  Now that type of student-teacher interaction might discourage most students, but Mr. D was different.  Instead, Mr. D took whatever money he had saved and most of his school grants and he invested in those commodities, and Mr. D ended up winning big.  If I recall correctly, some years later, Mr. D’s teachers would talk to him about his “discovery” and how they had disregarded his findings due to him being a student.  This is also where irony strikes, because I clearly recall Seb trying to explain Bitcoin to Mr. D, but Mr.  D was adamant that there was no place for non-tangible digital assets.

And, out of the 30-something class of students, only Seb and I went on to dabble with Bitcoin and other digital assets.  If I were to see Mr. D and Seb, and if we took a trip down memory lane, it sure would be fun to hear what Mr. D would say now.  I assume it would be something along the lines of how history repeats.

The Hills Have Eyes

One of the biggest “selling features” of Bitcoin was this idea that it was decentralized, free from governmental influences, and completely anonymous.  That may have been somewhat true during the infancy stage of Bitcoin and cryptocurrency, but it is no longer the case.  While Bitcoin and other cryptocurrencies may have originally been seen as decentralized, with their prices were largely determined by micro-level supply and demand, big money positions can now be made to short or long cryptocurrencies, thus putting an end to the rocket spike that could have seen Bitcoin reach over $100,000 USD.  Although it may not be possible to officially regulate Bitcoin, allowing big money to short cryptocurrencies essentially limits their rise.  The idea that it was a strength that Bitcoin and other cryptocurrencies were free from governmental influences is now laughable.  The threat of legislation around taking positions on cryptocurrencies combined with the fact that none of them are backed by any sort of reserve currency is why cryptocurrencies are more volatile than ever before.  However, what really made Bitcoin “cool” among users was that there was a cloak of anonymity behind it, and the majority of the world probably still believes this ridiculous claim.  Even though it’s one of the most trackable currencies that exists.

The reason that the cryptocurrency transactions can be tracked has to due with the fact that every crypto wallet has a publicly identifiable code and every transaction that occurs within a crypto wallet is available for the world to see, albeit without any immediately identifiable characteristics.  This isn’t just a choice, this is fundamental to the design of it, and how those who use it can know they aren’t getting counterfeit coins.  Regardless, by combining an algorithm that collects and tracks crypto wallet activity and links it to known access points, the places where people turn their digital currency into cash that buys them things, it makes it possible to track and filter through every single transaction that takes place.  And, when you consider that the world’s banking system runs on SWIFT, which has its own anti-crime systems in place to combat financial crimes, it is easy to see how national and international police forces are able to pants cybercriminals when they try to offload money from their crypto wallet to their bank.

Recently, a cryptocurrency trading exchange, FTX Trading, filed for bankruptcy.  It blows my mind that all it took for a multi-billion-dollar cryptocurrency exchange to go insolvent for people to stop romanticizing this idea of decentralized finance (DeFi).  The main difference between nationalized banks and these cryptocurrency exchanges that tend to be backed by shadier financiers is that your money is insured in a Canadian bank and there are protections in place if your money gets stolen.  However, FTX’s crash is only slightly different from Quadriga’s crash back in 2018, and the fallout from Quadriga reads like a true crime story.

There is a fantastic CBC documentary that covers the Quadriga saga, how it was financed by shady figures and how the founder ended up dying overseas, at a fancy hotel.  By the end of the documentary, viewers find out that policing agencies are still investigating the death of Quadriga’s founder, Gerald Cotten, who died from complications from Crohn’s disease while in India, but many of Quadriga’s investors who lost their money refused to believe that he was dead.  Rumours were rife that he had faked his death and disappeared with over a hundred million dollars of their actual money.  But the death of Quadriga’s founder is not that farfetched when you consider the sketchy backgrounds of some of the founders and large financiers, who would have been quite unhappy had they learned of what investigations now tell us, that Mr. Cotten was using their funds for his own personal gain illicitly, and who could have easily arranged for a hit on him after hosting him in a exclusive hotel in a country known for widespread corruption and bribery.  How history repeats.

The Travelling Student – The Code of Vegas