Columns
The Voice
Homemade is Better—Bruschetta 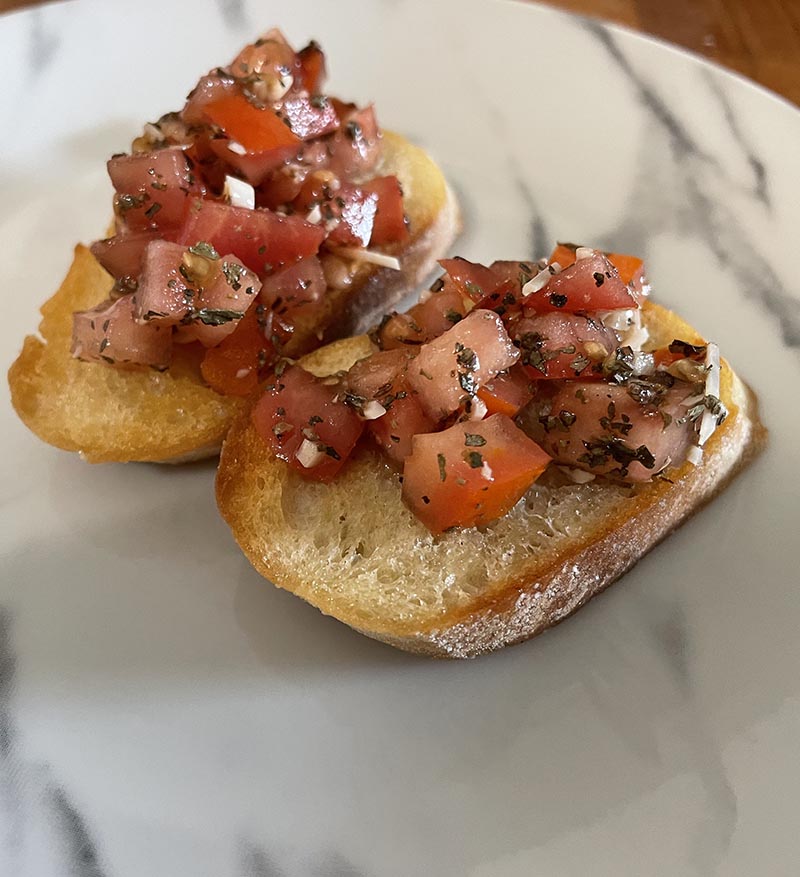 With the Christmas and holiday season getting into full swing, you might find yourselves invited to or hosting a party.  If it’s a potluck, I have you covered! Bruschetta is usually a safe bet at some of these parties.  It is light and easy to make, and most people enjoy it.  It might even surprise you to know that it can be vegan.  I wouldn’t try to live off it, but I think it is tasty enough that you might not be able to make enough.

It might also surprise you that bruschetta in Italy refers to the bread, not the topping.  In North America, we’ve grown accustomed to the topping being the bruschetta and the toast being the vehicle used to deliver it to our palate.  In Italy, it is grilled bread, rubbed with garlic, and topped with olive oil.  Some think that the Romans invited the dish.  They would soak stale, leftover bread in the first pressed olive oil to use it up.  I find that ingenious; they wanted to make their food go a little further, so someone used the first pressed olive oil and ate it.  It still amazes me when I find an accidental dish, or someone decides to try something brand new.  A plethora of food was discovered due to someone’s adventurous spirit.

As I mentioned, in North America, we know bruschetta as the toppings, not the bread.  While we still toast the bread and brush olive oil over it, it is only used to get the toppings into our mouths.  Today, carbs are seen as optional—even the enemy—to some.  Those with gluten intolerances or celiac disease avoid wheat bread altogether, and it’s rare to find a product that has the flavour and taste of wheat bread. 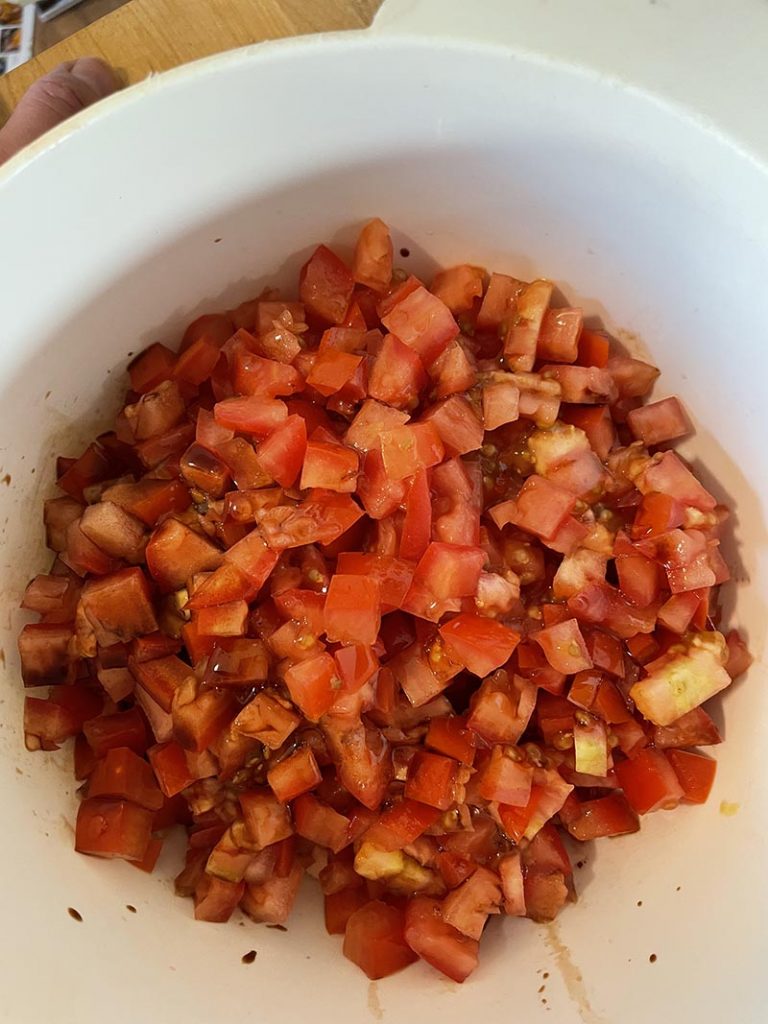 The topping we are used to typically consist of tomato, onion, garlic, herbs, and cheese.  This recipe contains those most found when we think of bruschetta.  The key to this dish is the size of your ingredients.  You must take your time to cut everything into smaller-sized pieces.  Ideally, each square would be 5mm by 5mm.  Granted, that is very small, so just do your best.  The salad needs to be cut small enough that it is considered bite-sized, and you can get all of it on a toasted piece of French loaf.  You’ll also want to cut your bread on a diagonal and keep them a thinner size, I’d say no thicker than a slice of bread.  Rub a few garlic cloves on each piece of bread, then drizzle and brush them with olive oil.  Bake at 400F in your oven for a few minutes to give them that toasted flavour and you’re on the right track.  When you have finished making your salad, you’ll also want to give it some time to rest.  This allows the flavours to blend and complement each other—a couple of hours at the very least, but no more than twelve.  Too long and it gets soggy and the tomatoes break down, leaving more of a mush than a salad.  Preparation early is essential, but too early is bad.

Let’s get to and from our parties safely this year, and I hope you can enjoy some of the great lights and festivities that December often brings.  When you eventually need a quick dish for a party, follow my recipe below and enjoy. 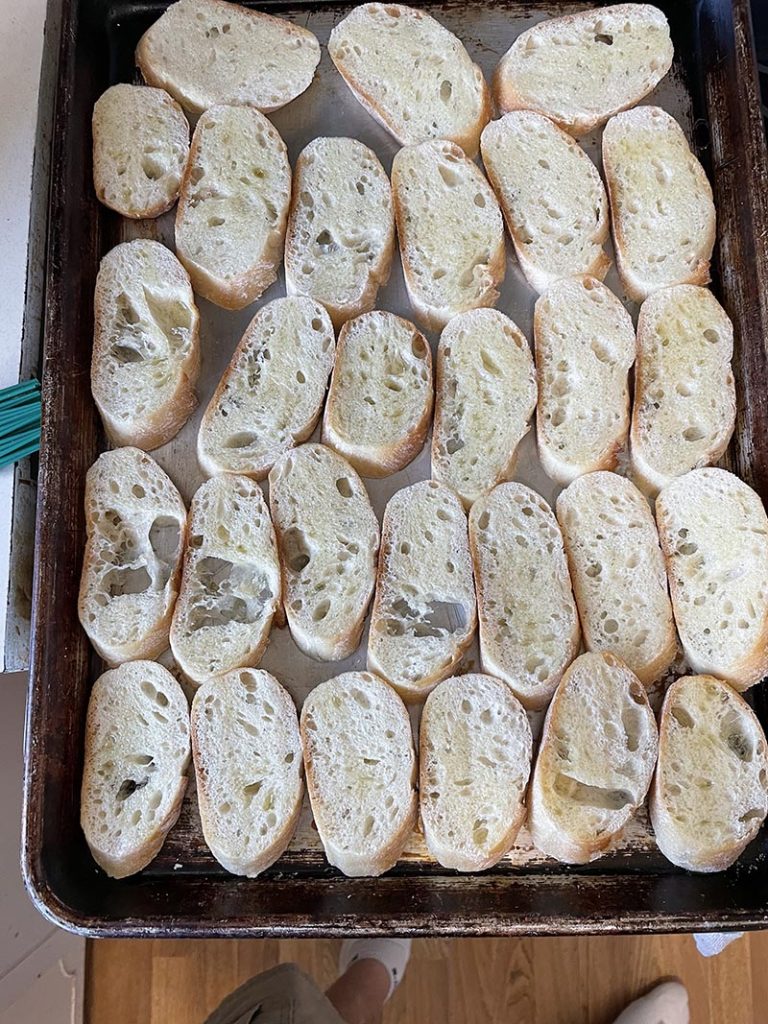 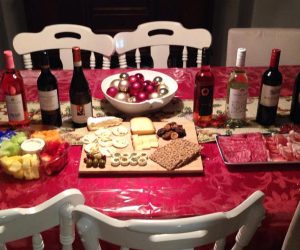