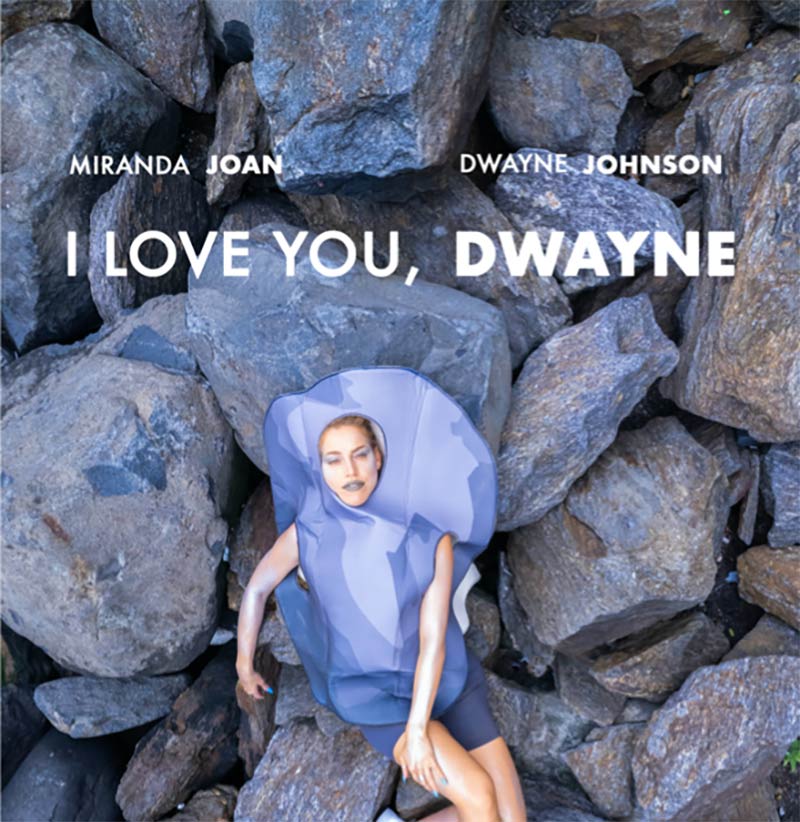 Songwriter and musician Miranda Joan has released her latest single, “I Love You, Dwayne.” The song is available any you get your music.  Miranda has also released a music video for the single, available on YouTube.

Miranda was born in Montreal, raised in Vancouver, and presently lives in New York City.  “I Love You, Dwayne” follows the release of her last single, “Overstimulated.” Although Miranda has only released these two songs (at least through her current label) she has lots of musical content on her TikTok.  According to Miranda, “I Love You, Dwayne” showcases the playful and comedic side of her personality, as well as her sultry vocals.  The song also features Jake Sherman on piano, Randy Runyon on guitar, and Chris Ott, Jon Lampley, and Dan White on horns.

Of the track, Miranda says, “This is my love song to Dwayne, but it also is a nod to my childhood.  The fact that I knew about Dwayne Johnson at all was largely due to the male influences in my life.  I remember sitting through pay-per-view matches when I was young, sandwiched between my brother and his friends, and wanting so badly to hang out with the big kids.  During lockdown, I fell down the Dwayne rabbit-hole because of my Dad’s recommendation to watch Hobbs and Shaw.  I now know more about Dwayne’s life than I ever would’ve imagined; every line of my song is a reference to his life and career.  I may not have started writing I Love You, Dwayne as a super-fan, but I can certainly say I ended up as one.  The answer to your next question is yes, I do love Dwayne.”

“I Love You, Dwayne” clocks in at two minutes and thirty-two seconds and sounds like a mix of jazz and early 2000’s R&B.  If you couldn’t guess from the title, the song is a tribute to Dwayne “The Rock” Johnson—WWE wrestler turned actor.  Obviously, this song is meant to be silly, but with lyrics like, “So won’t you wrestle with me, Jabroni/Fighting for the law law/Like Hobbs and shaw shaw/So won’t you wrestle with me, Jumanji,” I’m left feeling more than a little uncomfortable.  Furthermore, the lyrics aren’t so much comedy as they are simply referencing movies The Rock has been in.

The music video features Miranda dressed in The Rock’s iconic black turtleneck/ gold chain/fanny-pack outfit, while she takes a life size, cardboard cut-out of Dwayne out on the town— “feeding” him drinks and cuddling up to the cut-out.  This is cut with scenes of Miranda in a Moana-inspired outfit, as well as dressed as a literal rock, sitting among a pile of boulders.  She finishes the video with The Rock’s signature eyebrow raise from his wrestling days.  Honestly, it felt gimmicky and like Miranda was trying too hard to be funny.

That being said, Miranda does have a beautiful voice, and I would love to hear some of her non-comedic songs.

Check out Miranda Joan on TikTok.