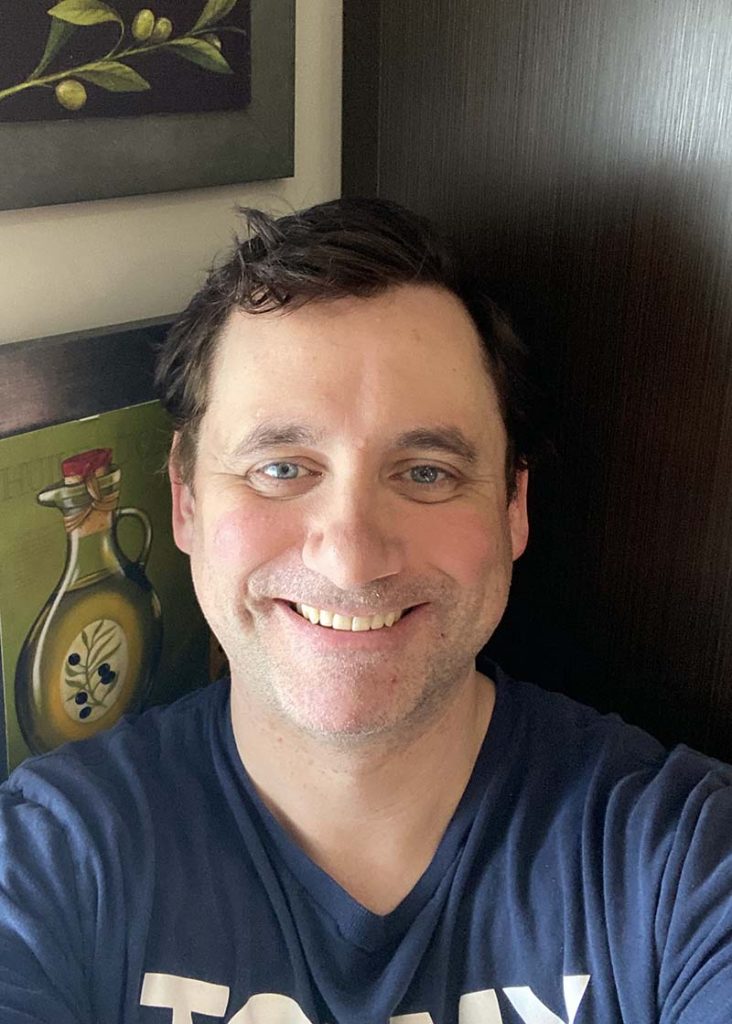 The Voice Magazine recently had a chance to chat with Delaney Curry (he/him), a Bachelor of General Studies student living in Calgary, Alberta.  Delaney stated, “In the spirit of reconciliation, I would like to acknowledge that we live, work and play on the traditional territories of the Blackfoot Confederacy (Siksika, Kainai, Piikani), the Tsuut’ina, the Îyâxe Nakoda Nations, the Métis Nation (Region 3), and all people who make their homes in the Treaty 7 region of Southern Alberta.”

Although born in and currently residing in Calgary, Delaney “was raised all over Western and Northern Canada.”  He explained, “Growing up, I had a bit of a nomadic lifestyle, which is both a blessing and a curse.  I have seen corners of Canada many people won’t, but constantly moving was very hard on my education as a child.  As a consequence, I struggled with school and abandoned my hopes of going to university.  I took up a trade as a carpenter and enjoyed it for some time.  However, my desire to go to university kept weighing on me.  Finally, in 2019, I decided to put my tools down for a few years to pursue a degree, and here I am!”

Like many AU students, Delaney tried a few different options before finding the perfect program.  “I started with the BSc Architecture program because I was working as a journeyman carpenter before coming to AU.  I thought my skills as a carpenter would magically transfer to architecture.  However, I really struggled with math, and the road to architecture began to feel too long, so I switched to the [BSc Computer and Information Systems] (CIS) degree; there, I still struggled.  What I discovered about myself during this struggle is that I hated learning science in an academic setting, but really enjoyed writing about science.  I tried some business courses, and the same thing happened.  About a year into my BSc degree, I decided to switch to Bachelor of General Studies so that I could cherry-pick courses that would ultimately help me become a better writer.  When I graduate, I hope to earn a living as a writer in some way.”

The Voice Magazine asked Delaney for his personal study tips, and he had some great ones for students.  “I find starting and finishing one unit at a time works best for me.  Juggling multiple courses can easily frazzle me because I’m a full-time student.  I discovered that I do best if I focus on one unit at a time.  If I start a unit in a course, I don’t look at the other courses until that unit is done.  Then I move on to the next course and repeat the process.”

He also had some advice for new students, namely to “keep an eye on those learning objectives.”  He continued, “They are a guide for what to review before exams.  Whenever I am overwhelmed by the volume of material in a course, I always go back to the notes I took for the learning objectives.  Reviewing your completed assignments, learning objectives, and terms will help you pass any exam.”

When not studying, Delaney manages to find some spare time for hobbies.  He stated, “Growing up, I found a lot of comfort in playing guitar and writing songs.  Since starting university, I haven’t done much with my music; my online music just sits there aging like an old car, but I still write poetry.  Writing poetry is very similar to writing lyrics for songs, so it comes naturally to me.  I enjoy applying what I learned in ENGL 212 [Poetry and Plays] and finding new rhythms and ways of manipulating words to express ideas.  I’m obviously really looking forward to ENGL 380 [Writing Poetry]!”

He credits his father as having had the greatest influence on his desire to learn, reminiscing, “I remember when I was a kid, his house was always filled with books.  History books, science books, aviation books, the classics, encyclopedias, and music scores.  Any curiosity I had could be answered with a book.”  He mentioned that he enjoyed reading Michael Crichton’s books, including Jurassic Park, Congo, and Sphere, and then watching the films, during his childhood.  “I always found it so interesting that what I saw in my mind could be so different from what the filmmaker saw.  This taught me that no two experiences are the same.  But even more interesting was when I visualized the same thing as the filmmaker,” he explained.

Delaney has also travelled, relating a memorable vacation, his “honeymoon in St.  Lucia with wife and co-student Lara Curry.”  He explained, “One afternoon we went on an impromptu hike to an old fort on the top of a small mountain.  We didn’t realize the commitment involved and forgot to bring water with us.  After three hours of walking under a scalding Caribbean sun, we reached the top, only to be greeted by a dead cactus.  The view was magnificent, but I only remember being thirsty and thinking, ‘Even the desert plant died from this heat.’”

His experience with online learning so far has been quite positive.  “I love not having to commute anywhere.  Also, I am very introverted and like not having to deal with campus chaos.  Probably the only thing I don’t like is the completely isolated nature of online learning.  I enjoy public solitude.  In other words, I like being around people without being distracted by them.  The pandemic somewhat ruined my plans for studying in coffee shops and libraries.  Studying at home all day can feel pretty lonely,” he stated.

Delaney’s most memorable AU course so far has been ENGL 308: Indigenous Literature in Canada “for a couple of reasons.”  He explained, “It was my first senior English course.  I was very nervous about stepping into a senior English course because I lacked confidence in my own abilities.  So, this course was pivotal in my education, proving to myself that I could handle senior level.  The second reason is I absolutely loved the material—all of it!  In fact, my new favourite book came out of the course: Monkey Beach by Eden Robinson.  It reminds me a lot of my time spent living on Salt Spring Island.  Also, “The One About Coyote Going West” by Thomas King, is now my favourite short story.  Coyote sure is a trickster!”

As for communication with his AU course tutors?  “It can be a hit or a miss.  I have had a few that never replied to my questions and took over two weeks to mark an assignment.  Others are on the ball, replying the same day and marking the assignment the same week.  Overall, AU’s tutors are very helpful and quick to reply.  As a General Studies student, I have taken courses from several different departments, and out of all of them, I find the English tutors to be the most responsive.”

When asked what his first project would be if he were to become the new president of AU, Delaney would focus on eliminating exam fees.  “I like the convenience of ProctorU, but I don’t think we should have to pay for the exams.  Because the testing centers are now closed, there is no alternative.  My first project would be to eliminate the fees for online invigilation without upping the course fees; it should already be included,” he explained.

As for a famous person, past or present, he would like to have lunch with, and why?  Delaney chose former US President Barack Obama.  “Anyone who knows me knows I’m obsessed with science fiction, space, astronomy, and the idea of extraterrestrials visiting earth.  Obama has actually alluded to the latter a few times.  Even if it’s just for a cup of coffee, I want to sit with him in person and ask: ‘Are aliens visiting earth? Blink once for yes, twice for no.’”

Delaney also let The Voice Magazine know his most valuable lesson learned in life.  “Do not waste time trying to impress people or going against the flow.  It’s cliché, but follow your dreams because chasing anyone else’s dream will end in disappointment.  You stand to gain more in life by using your natural gifts and chasing your passions.”

And his proudest moment in life?  Delaney has “a few.”  He stated, “When I was younger, I served in the army reserve and got the chance to parade on the Queens Honour Guard in 2005.  Parading for a packed Saddledome was both exhilarating and horrifying, but I didn’t miss a step and made it on the news.  My daughter also brings me pride and joy every day of my life; that pretty much goes without saying.  I also predict that graduating in 2023 will be one of the proudest moments of my life.”  Best of luck Delaney!

At times, in an online learning environment, it can feel like you are all alone, but across the nation and around the globe, students just like you are also pursuing their Athabasca University (AU) studies!  Each week, The Voice Magazine will be bringing you some of these stories.  If you would like to be featured next, do not hesitate to get in touch! 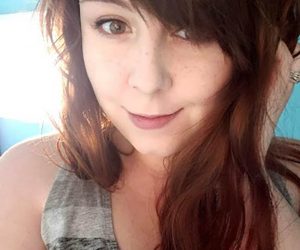 The Not-So Starving Student – Five Curries from Around the World

Women of Interest – Mary A. Delaney