Columns
The Voice
Fly on the Wall—Know Your Limit; Resolute Within It!

It’s 2023 and the path to our future is clear if we choose to walk it!  Resolving to put one foot in front of another might be the first step, followed closely by actually picking a specific resolution or series of goals for the New Year.  But where to begin with identifying actual targets?  As those who partake in therapist ideologies are apt to recall, the best predictor of future success is past behaviour.  To be resolute begins with realizing what candidates for resolution are reasonable.

We need doable goals, as the margin of failure is sky-high: “48.1 per cent of respondents marked a lack of motivation as the reason, while 14.9 per cent forget about their resolutions.  Losing track of their progress on their resolutions throughout the year was the reason for 12.2 per cent of the respondents” (Amanat, online).  Another study found that “14.1 per cent of Canadians welcome the new year without setting resolutions at all, and for those who do, almost 70 per cent fail to stick with their resolutions.”  Finally, there’s costs to self-improvement: Canadians “‘spent an average on $252.12 on failed resolutions per year.” The case can certainly be made that we’d be better to just keep calm and carry on with our studies as we’ve always done, rather than attempt such an insurmountable climb.  Maybe it’d be better to just bake some instant croissants out of a can that pops open noisily like a leftover Christmas cracker with a gimmick inside.  You know, the ones the kiddie table opens while salivating over their dinner saucers waiting to be filled.  If anticipation is its own reward, maybe we ought to just congratulate ourselves on completing another spin around the sun.

Obstacles in the System

While the odds of success aren’t in our favour, we at AU can at least point to past coursework victories as displays of our self-starter prowess.  From this positive plateau we may proceed to identify remaining conundrums.  Impediments to maintaining steadfast resoluteness are cultural, physical, and psychological.  The latter category, the nether region of the mind and its mysteries, experts claim can be tamed by simple choosing a goal that we can get excited about: “I will find ways to challenge myself” (Dylan, online).  Pooper scooping the yard more often is off the list; trying a new vegetable deep fried each week is a more likely candidate for honours.  If we take seriously the spirit of the season then any resolution will do, so long as its trackable and allows a certain degree of gloating over our success, no matter how tenuous or tiny.  To identify challenges itself is a form of success, as we know when we try to chart out an upcoming essay.  So, by resolving to ponder resolutions we’ve already chalked up a victory!

Know The Self…and Thy Self’s Potential

To know our goal is itself a goal but if that’s a bit of an obscurantist tautology, the Frankfurt School social theorist Herbert Marcuse offered up, by way of a discourse on the straitjackets of technology, some wisdom on the nature of path-finding.  First we have to define our selves as beings in search of meaning; to make a personal resolution starts with taking an abstraction, our self in isolation from context, as the baseline of our action.  Then we must note literal and metaphysical impediments on our path to success: “the countryside is shaped and organized by the highway: what one finds en route is a byproduct or annex of the highway.  Numerous signs and posters tell the traveller what to do and think; they even request his attention to the beauties of nature” (127).  No less are the ideological barriers present to our happiness; just think of all the negative responses a big life choice such as the pursuit of a new career or the abandonment of an old responsibility meets!  Maybe there’s a reason New Year’s is in winter: in early January few Canadians among us are likely to hit the road for a hitchhiking adventure of self-discovery.

And as without, so within.  The cloistered nexus of our personal subjectivity likewise contains many an impediment to a serious life-changing resolution.  Individualism, let our sociological imaginations recall, is not a natural fact so much as a series of historically situated beliefs.  Marcuse concluded that individualism stemmed from the most unlikely of ideologies: “radical Puritanism”, where each “had to break through the whole system of ideas and values imposed upon them, and to find and seize the ideas and values that conformed to their rational interest” (125).  These Puritans subscribed basically to Descartes’ evil demon view of reality, that a mythic bad character tended to lead us astray through deception.  Under these circumstances “false standards still governed the lives of men, and the free individual was therefore he who criticized these standards” (125).  Thus, to know our goals is to critique our context.

When pondering our goals for this year, then, it may be crucial to first think away from our first instinct and thus to cross examine where our ideas are coming from.  With context in mind, we might approach New Year’s resolutions by taking stock of macro-sociological reality in the form of the historical epoch we inhabit.  From this view, maybe the most valuable resolution is to realize that even our most whimsical epiphanies are constructed culturally out of a finite number of doable options and thinkable thoughts.  Far from individuals in the splendid isolation of our minds, even our most intimate thoughts are sculpted from societal material.  Marcuse suggested that modern man (sic) is used to “subordinating his spontaneity to the anonymous wisdom which ordered everything for him” (127).  To increase our schoolwork success, then, we might simply be resolved to remember that we’re structured by so much that seems natural and inevitable.  To be resolved to give our studies the best effort we can is to see what might have held us back.  And from there we can with confidence know our limit and resolute within it!

International News Desk – At Home: Go Out on the Green – Around the World: No Way, Cousin 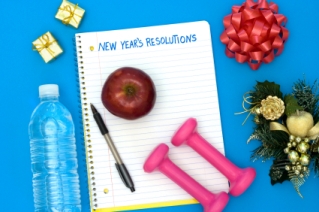