Articles
The Voice
Reminiscing at my Old University 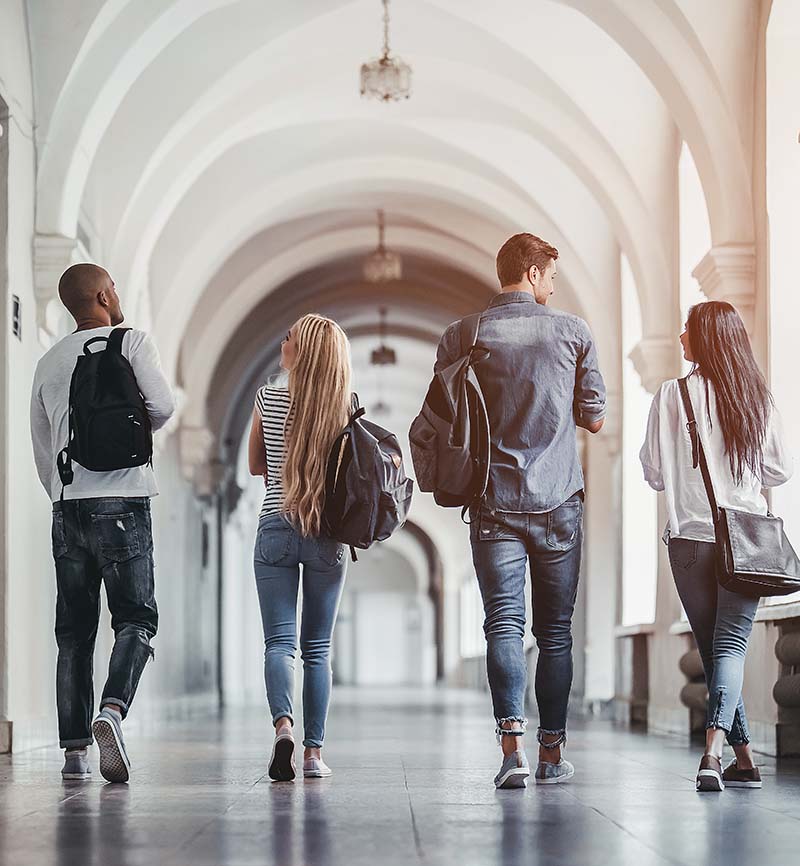 Multiracial students are walking in university hall during break and communicating.

Today I walked through the corridors of my old university.  So much of it was the same, but I was not the same.

The first stop was the fitness arenas.  I recalled when I rented entire gyms and punched and kicked pads with my partner, practicing martial arts.  I learned some advanced techniques; for instance, I’d run up his body, hoist my legs around his neck like a child on her parent’s shoulder, and elbow his skull.  Martial arts and weightlifting were my forms of therapy when I struggled emotionally at the university.  So, today I inquired about renting rooms, longing to relive those moments.  But only instructors and university athletes could now rent the space for free.

The gym facility mainly looked the same, and I was delighted to see the upper floor of the gym look precisely like I last left it sixteen years ago.  I remember being filmed on the upper floor’s running track by the Canadian National Film Board for a documentary about disability that was broadcast on tv.

I also looked at the postings of Olympians on the wall, hoping to see the one who coached me in wrestling for a short stint, but I couldn’t find her.  Given her intense discipline, I wondered if she had moved on to live a highly successful life.

I then went to the dining center, and all the same restaurants from over a decade ago seemed intact.  But the energy was different.  Maybe it was because I was calmer and much more mentally level than I ever had been during my years at the university.  All the students appeared so young and sweet, and I felt a social connection I had never felt during my university years.

I then went to a new library building and rode the elevator to a random floor.  There I pulled out a book on spirituality and language.  It talked about how spiritual texts, such as Bibles, arise, often with a response of persecution, but play relevant roles in society.  I never found these ideas in the Chapter’s bookshelves, but here they were.  So many profoundly interesting, original books awaited their next readership.  I longed to read them all.

When I returned home, I looked up my old Olympian coach with the thought of retaking private wrestling lessons.  I saw her hometown had a huge billboard featuring her photo.  I wished I had engaged in healthier teenage years to have, too, competed at an elite level.  If reincarnation exists, I’d like to try multiple sports and fitness activities, get a Ph.D., and engage in deep spirituality.  But I’d mostly want the same life I’m living today.  My life is the best it’s ever been, but goal setting will surely dictate even better outcomes.

I want you to know that there is always a time for new beginnings at whatever stage you are in life and whatever past you may have lived.  If you put in the time, sometimes a decade of education, and if you put in the effort, you can manifest any dream.  No barriers can stop you from growing to your full potential, no matter your age or present obstacles.  After all, your full potential is infinite.  So, dream big.  And grow limitless!

One day you, too, will look back to see how much you’ve grown–and will continue to grow.

The Study Dude—When Your University Muzzles You