Posts By: Dave Brophy-Gradzette (U Manitoba) 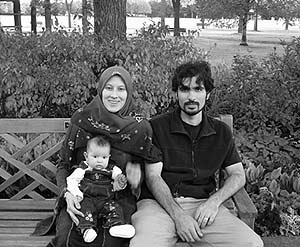 WINNIPEG (CUP) — A.K. recently received a deportation order at his Winnipeg home, indicating the Canadian government’s intent to force him to leave the country by Nov. 15. The order came despite repeated claims from A.K. and his supporters, which include Amnesty International, that incommunicado imprisonment, torture, and even death could await him in his… Read more »