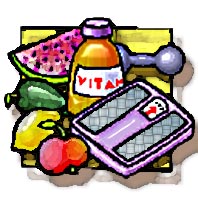 From My Perspective – Students & Health

I recently read a back-to-school article somewhere that stated that university students tend to gain weight shortly after entering post-secondary education. The “Freshman 15″ has been reported on by a variety of news articles and research sources, and it is common knowledge that around 75% of students (particularly females, lucky us!) gain an average of… Read more »

Double Cohort in Ontario – More than Expected? The Ontario government is re-iterating how their plan will ensure that the universities of Ontario are ready for the double cohort (see: http://www.newswire.ca/government/ontario/english/releases/September2002/27/c5505.html). For those not aware, this school year Ontario switches from a secondary school system that goes to grade 13 to one that only goes… Read more »

Dear Sandra, I’ve just started my first course at Athabasca University. It’s hard, but I’m really enjoying it. I’d like to take more courses, but money is a big problem. Are there any suggestions you can give me? Happy but Poor Dear Happy but Poor; Have you ever seen a well-off university student? The majority… Read more »

“Let’s go surfin’ now Everybody’s learning how Come on and safari with me” (Surfin’ Safari, The Beach Boys, Brian Wilson/Mike Love) “If everybody had an ocean Across the U.S.A. Then everybody’d be surfin’ Like Californi-a …We’ll all be gone for the summer We’re on surfari to stay Tell the teacher we’re surfing…surfing U.S.A. …everybody’s gone… Read more »

Running the University Numbers Statistics Canada has released a report on University Finances for 2000/2001 (see:http://www.statcan.ca/Daily/English/020916/d020916b.htm. Unsurprisingly, they list that the total percentage of university revenue from government sources has declined while the percentage paid by the students has risen “substantially from a decade earlier”. Government contributions rose less than 3% over 2000/01, making this… Read more »

Dear Sandra; I’ve had it! I’m on my third extension and I’m running out of time. Now I know why students are tempted to copy assignments from others. I’m having such a hard time with this course project; I just don’t know what to do. I went to a website that sells essays, and I’m… Read more »

Saskatchewan Boosting Librarians The Saskatchewan Government has announced a bursary of $5,000 for students taking their Masters of Library Science (SEE: http://www.gov.sk.ca/newsrel/2002/09/13-718.html). Saskatchewan has looked ahead a few years and seen that a large number of their librarians will be retiring. The increasing importance of information and being able to access the right information quickly… Read more »

Dear Sandra; My biggest problem is guilt. I have three small children and I’m trying to go back to university to get a degree. Most of the time I do my schoolwork at night when they are already in bed, but sometimes when it gets close to the end of the month I turn the… Read more » 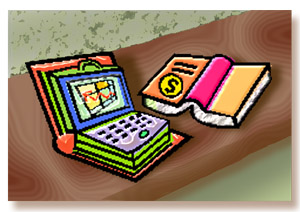 For most Athabasca University students, finding adequate study time is a challenge. We have so many other activities and responsibilities that demand our attention. Prioritizing is often the key to managing to put these other activities to the side and focus on schoolwork. When I first started university it did not seem as difficult to… Read more » 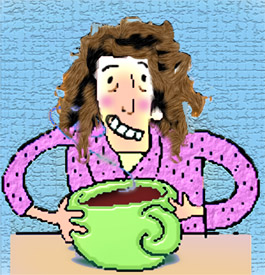 Addictions are complex, and they affect people differently. In the last two weeks I’ve discussed some of the mechanisms involved in the addiction process, since greater understanding can help develop a more tolerant perspective of addictions and people who become addicted. In this final article, I take a look at the process of quitting an… Read more »